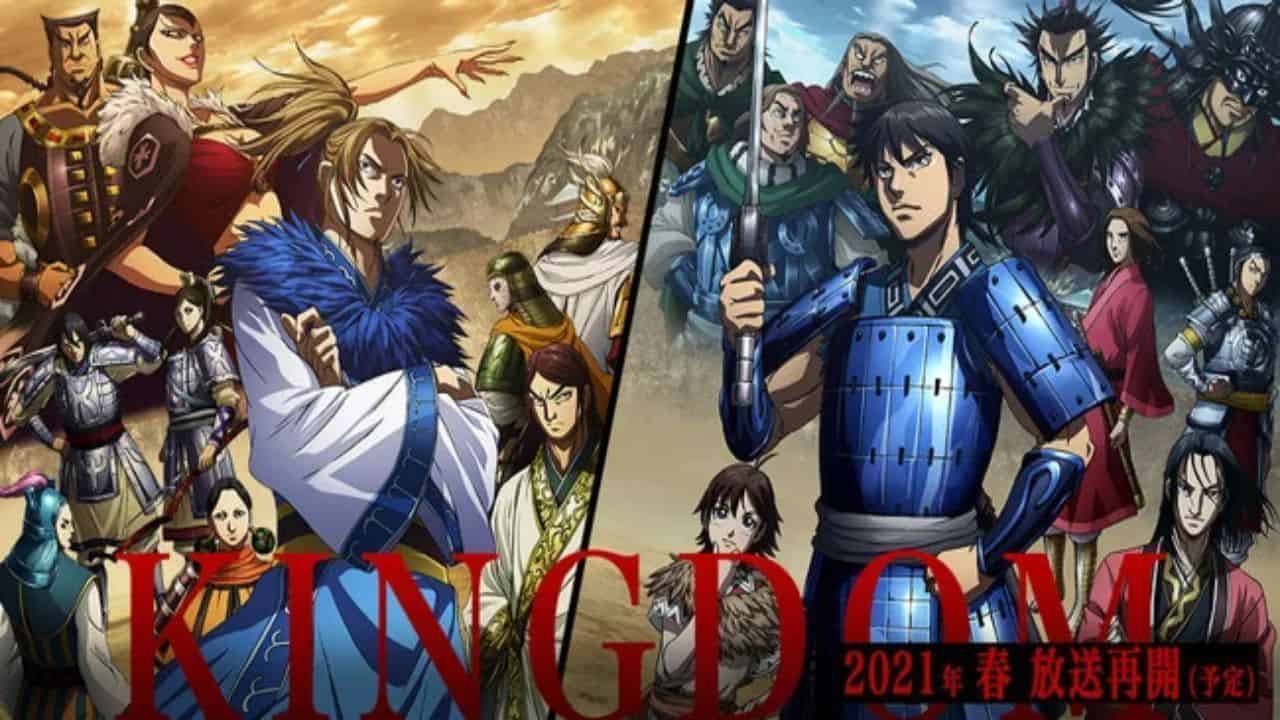 The official website of Kingdom TV anime, based on Yasuhisa Hara‘s historical warring Kingdom manga, has announced that the third season is slated to resume its broadcast in April 2021. A new teaser video and visuals for the season were also revealed.

In April, the production committee reported that the airing of episode 5 and the latter parts of the third season had been postponed. The committee clarified that enough time had been allocated to production but the Japanese government’s State of Emergency Declaration against the New Coronavirus Disease (COVID-19) had a detrimental effect on the production schedule. The anime was eventually rescheduled to return in the spring of 2021. The production team added that the broadcast schedule is subject to change when the season resumes but they also said more information will be available soon. Funimation streams the anime when it airs in Japan.

The Seinen manga centers around Xin, a slave and war orphan. His goal is to be the greatest general and, along with his comrades, unify the warring states of China. Xin helps Ying Zheng, the young Qin king who shares his desire to unify China, rise to power within the state. Xin does all he can to become a superior commander of an army capable of defeating the Seven Warring States. The anime is a fictional adaptation of the era of Chinese history known as the Warring States period which ended in 221 BC when Ying Zheng, King of Qin, succeeded in defeating the other states and uniting China.

Yasuhisa Hara’s manga began serialization in Shueisha‘s Weekly Young Jump magazine in 2006 and, as of September 2020, has 59 volumes. The manga author said he is considering writing up to 100 volumes.

Fun fact: the manga has inspired a live-action film adaptation by Shinsuke Satō that opened in Japan last April.

Advertise with us
16
likes / shares
FacebookTwitter