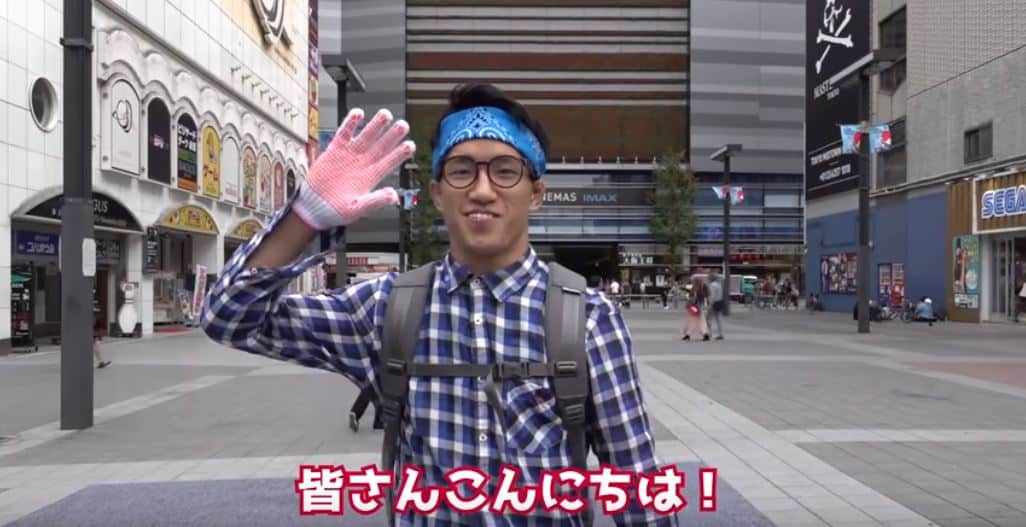 You see thousands of people every single day, and we tend to avoid people who throw their litter on the street because “they feel like it.”

Japanese YouTuber Kai Asakura, instead of making a regular video on youtube, decided to clean up the garbage from a street that leads to a life-size Godzilla statue. You can imagine how popular any street would be if at the end of the road people found a life-size Godzilla roaring or probably preparing to shoot a laser beam at them. Our YouTuber had on a flannel shirt, bandana, and a backpack. Not a traditional costume to clean the street.

Kai Asakura was targeting cigarette smokers as it is very common for smokers to throw their cigarette buds on the ground when they are done with it. Safe to say, that day was no different from other days. Kai was seeing smokers casually throwing their cigarettes away on the street. After spending time picking up litter off the street with tongs, he decided to take the matters to another level by asking the smokers to pick their litter up.

Now that is bravery in any book! Soon the smokers on the street confronted a Godzilla before seeing the statute of it at the end of the road. The first guy who spread litter, when confronted, picked up the litter and apologized for his behavior. But the next two guys was where the real turn of events happened.

There were two men on the street who threw their cigarette buds away, and the YouTuber noticed. He walked up to them and politely asked them to pick up the litter that they had made. Instead of doing what they are told both men, after some snarky conversation, were getting ready to beat up Kai.

What they didn’t know was that the YouTuber Kai was a mix martial arts fighter with a professional record of 14-1 (9 of them were first-round knockouts).

As they were getting ready to pick on Kai, he showed a little spoiler to what would happen if he decided to show them the full picture. Kai takes a step back and shows off his shadow boxing skill in front of both of these guys. After seeing that, both of the men helped Kai by picking their litter up into his bag.

This is one of those situations where you should have mixed martial arts skills to backup your “keeping it real” virtue. Making a change is not easy but this guy showed him the hard way of accomplishing it.

Advertise with us
216
likes / shares
FacebookTwitter