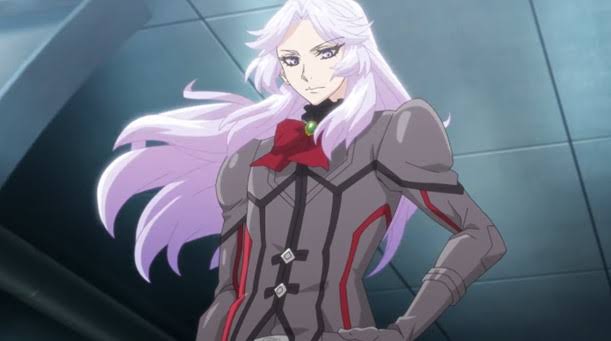 The second teaser previews the characters’ voices. The story revolves around a thief queen of unknown age and gender who flies around the world in an airship, stealing valuable artifacts. But one day, their jewels are stolen by a mysterious circus troupe.

It is described as such:

The story centers on the Phantom Thief Queen, who is a person who can steal anything they desire. Their gender, age, and nationality are unknown. Together with their partners Joker and RD, they fly around the world in their airship. Now, Queen has their eyes set on a cursed jewel: the legendary “Rose of Linden.” However, there is an unexpected incident, and a mysterious circus troupe steals the jewel before Queen can. Queen will challenge the various members of the troupe, including a hypnotist, a magician, and an acrobat, in order to take back the jewel. For nothing is impossible for Queen.

The staff is teasing, but not yet revealing, the cast member for the character named Whiteface.

The retail site Canime will begin selling the anime’s MoviTicke Card in a limited bundle with two acrylic keychains next Friday at 6:00 p.m. The anime commemorates the 20th anniversary of the novel series. Kadokawa published the first novel under its children’s book label Aoitori Bunko in March 2002 with illustrations by K2 Shōkai.

What’re your thoughts on this anime? Tell us what you’re thinking by joining us on Discord, Facebook, and Twitter!