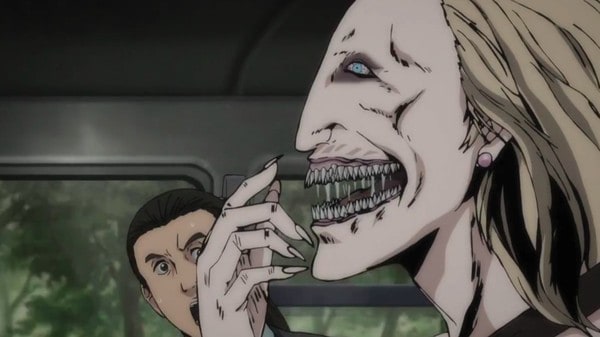 The word “horror” means a lot of things to a lot of people. The main definition of the word remains the same as before, which is ‘scary”. But as time goes by, in the modern age, we are seeing the definition of the word being changed to something that gets you quick or as it is known to people as a “jumpscare”. Although, the art that we observe are filled with different iterations of the word horror.

One artist going by the name Junji Ito has a unique way of depicting horror in his works. In many of his works, there is a sense of loneliness that the reader will feel trapped inside of a room with no doors. What makes his works more terrifying than an average horror show is that in his world horror doesn’t give in, the people will give in to the horror. The horror always comes back stronger, each time taking the most important thing from the characters and their strength of will.

In Crunchyroll Expo 2019, Ito goes into details about his work and how he is able to keep the same style or momentum over time:

“It really hasn’t changed. I basically jot down ideas all the time and when I finally sit down to create a story, I look for ideas from my notebook that I can use and then try to see what kind of story I can write in order to bring out the full potential of that idea. This step includes a lot of trial and error as I try to expand on the story.”

He goes on further saying, “The ideas could be a drawing of a climax, something confusing, or a vague feeling. There are various kinds of ideas, but it’s always difficult to mold those into a story. Whenever I have a definite image, making the story becomes easier and they usually turn out the best.”

“This is the approach that I’ve always taken and whenever I stray from it, things don’t turn out really well. For example, I can’t use the method where you create a character first and then build a story around them. The method where I come up with an idea first and then fit characters into that idea seems to work best for me.”

“That Time I Got Reincarnated as a Slime: Season 2” Reveals New Cast

We’ve learned that there is an anime adaption of his most notable work Uzumaki, which is currently underworks. It is really good to see an artist showing humbleness while creating masterpieces for ages to remember them for.

Junji Ito Fans Are Ready To Be Sucked Down The Spiral