How to Build Your Raiden Shogun?

After months of collaborating with several clothing lines such as Uniqlo, Jujutsu Kaisen will be storming the battlegrounds of the online mobile game known as PUBG. An official collaboration between the highly successful anime and addictive battle game has been announced.

PUBG Mobile announced at an online presentation that a Jujutsu Kaisen collaboration will be coming to the online multiplayer battle royale game. It was also announced via their social media handles.

The developers teased fans with an animated graphic of the Tokyo Jujutsu High crest looming over the PUBG map. The five-second clip also showed cursed energy along its borders, bringing excitement to the anime and manga series fans as well as PUBG players. The teaser was posted on the game’s official Twitter account.

PUBG MOBILE x JUJUTSU KAISEN is coming! 💥 We're proud to announce we're partnering with the groundbreaking and visually stunning animation series JUJUTSU KAISEN. The collaboration will not be available to Japan or Chinese Mainland. Get ready for it! 🖤🙌 pic.twitter.com/AmKaS9JABc

It was also confirmed that the collaboration will be available globally except in Japan and Mainland China.

Fans will be expecting to see their favorite characters such as Yuuji Itadori, Gojou Satoru, and Nanami on the battlegrounds soon. In August, the game’s Japanese version held a collaboration event with the Sakura Wars video game series. 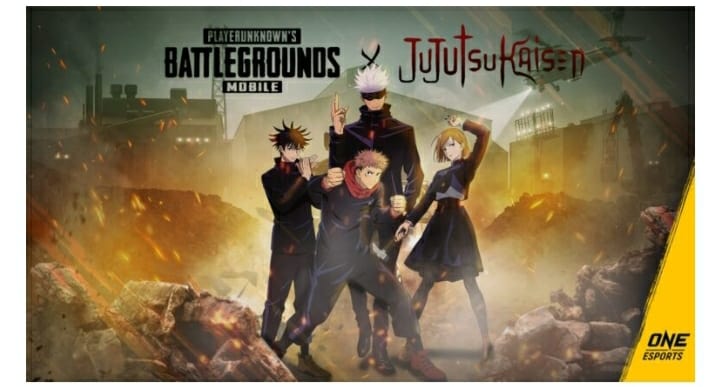 Not much has been revealed yet about the collaboration as details are still sketchy. The release date has not been announced and fans will have to wait for further announcements from the social media accounts of PUBG and Jujutsu Kaisen.

This is not the first time that PUBG Mobile has teamed up with an anime series. Its Japan server collaborated with Code Geass last year, launching sets and skins inspired by the Sunrise mecha anime.

PUBG has also collaborated with other intellectual properties in the past like the Godzilla vs. Kong movie and K-pop sensation, Blackpink. Jujutsu Kaisen fans await the release of its own mobile game titled Phantom Parade, a free-to-play RPG title developed by Sumzap. 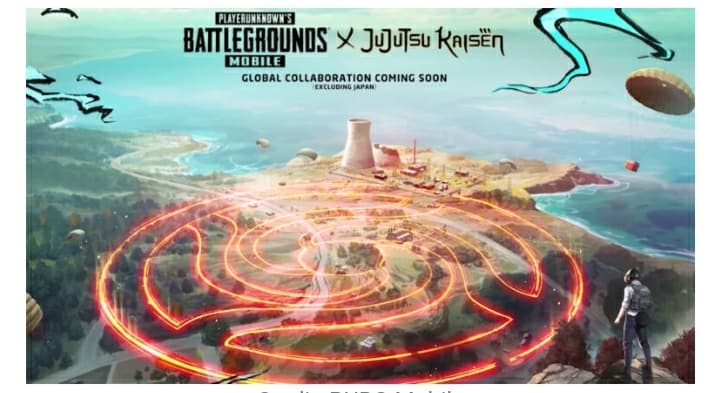 How do you feel about a Jujutsu Kaisen x PUBG collaboration? Let us know in the comment section.