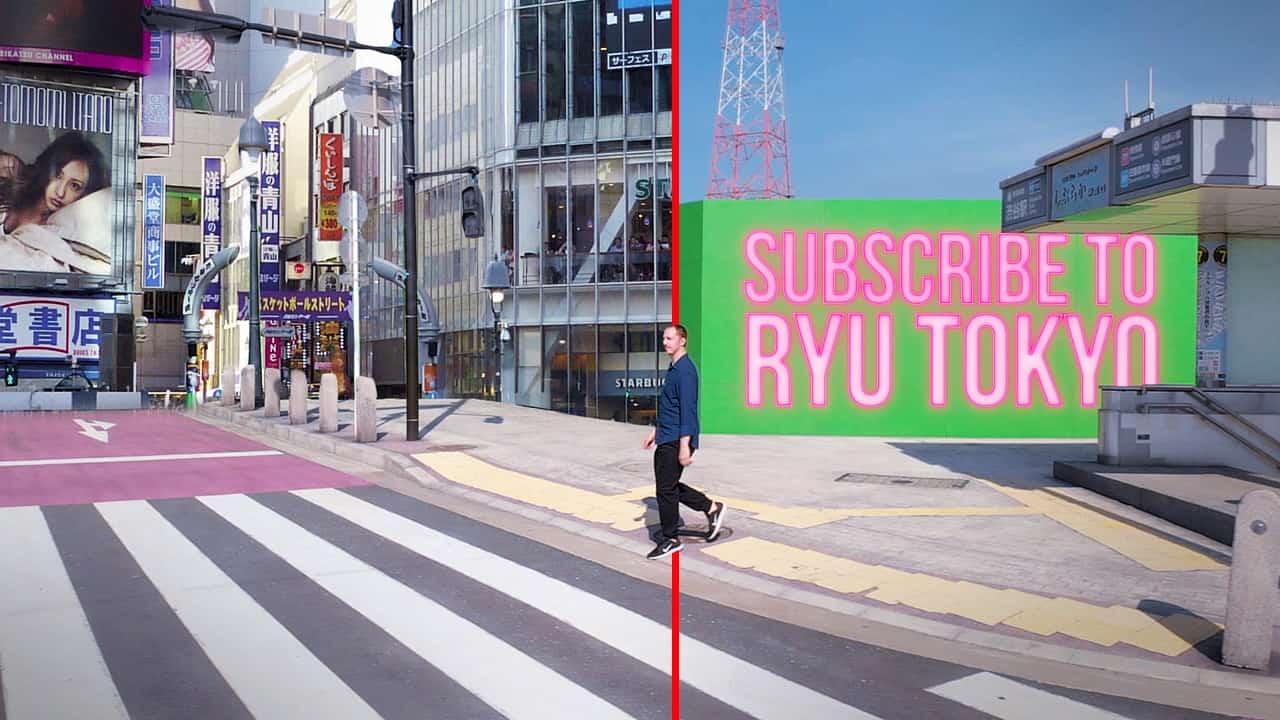 One of the world’s busiest street crossings, Shibuya Crossing, was recreated from the station to the crossing for the purposes of film making. What makes this film set so amazing is the incredible attention to the smallest details of the crossing!

Our friends from Ryu Tokyo filmed a tour of the set and an interview with the owner.

The Crossing in Tokyo Drift was Filmed in LA!

Due to Japan’s extremely strict filming laws (basically making film permits virtually impossible to get for shutting down roads), this famous scene from Tokyo Drift was actually filmed in LA!

This obviously creates a lot of problems for Japanese film makers who want to have a street crossing for their productions.

Uses for the Street Crossing

It seems that this set could have a lot of use cases for:

As you could expect, Japan’s signature attention to detail is not lost in this set.

The floor panels were intentionally dirtied and cracked to create the most realistic look possible!

Yes, even the station bathroom was recreated!

Why is this Needed?

As mentioned before, shutting down streets in tokyo for filming is practically impossible!

This is the step forward for film / commercial producers in Japan looking for a more realistic street crossing set to use in their productions or even just a train station!

The attention to detail is crazy and hopefully this set could be utilized for some great productions!

Green Screens Everywhere, is it a Problem?

The set is surrounded by green screens. In my opinion, the placement of the green screens may be problematic.

First, as you can see in the image above, the wall at an angle is casting a shadow on itself, causing it to be darker than the rest of the green wall.

Furthermore, you can see shadows being cast from the light poles all over the “green screen” wall in the back!

Even in a still photo editor such as Photoshop, the above result required a lot of work to be done due to the inconsistencies and shadows being cast.

You might also be able to notice that the green wall is reflected off the ceiling of that station entrance.

Can it Be Improved?

In my personal opinion, I think this set would be better served with either some realistic recreated details on the lower floors and / or motion tracking indicators on the green screen wall.

If a green screen is being used, then it is not necessary for the sidewalk and the green wall to be lined up perfectly, a single green flat surface in the distance would have the same result with less shadows and reflections interfering with the shot.

I am not a professional film maker, but in my experience with various productions, I could definitely see how these curved green screens might cause problems or limit the camera angles which could effectively be used for the production.

I am sure that the walls could be adjusted or removed completely (hopefully) as they would need to be readjusted for actual production use case (in my opinion).

If you are a professional film maker, I would love to know your thoughts on this setup and how it could potentially be improved!

Regardless of my criticisms of the green screen, I still find this set to be pretty incredible!

The images for this article were provided by our friends at Ryu Tokyo.

Ryu Tokyo covers interesting locations around Japan and has an awesome YouTube channel that you should check out if you are interested in all things relating to Japan!

Advertise with us
226
likes / shares
FacebookTwitter