The Japanese Ministry of Health, Labour, and Welfare partnered with Kodansha to publish new chapters of the Cells at Work! manga (Hataraku Saibō) by author Akane Shimizu.

Two chapters were posted and they’re the Coronavirus Disease chapter as well as the Covid-19 Vaccine chapter.

The chapters were streamed in a motion comic format that utilizes added sound effects in Japanese, English, and Hindi. The Japanese version of both chapters is readily available.

High-quality prints of the manga were posted to YouTube for more dynamic reading.

The new chapter of Cells at Work! was supervised by Shimizu and developed by the original manga designers. The original manga ended earlier this year in January and the final chapter was the new coronavirus disease (COVID-19) chapter. 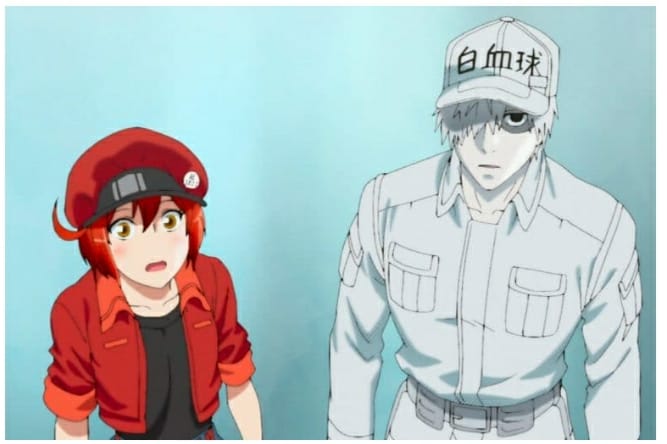 ABOUT CELLS AT WORK

Cells at Work is a biology-related comedy series that brilliantly portrays the actions and reactions of cells to different situations in the human body.

The manga is written and illustrated by Akane Shimizu. Shimizu launched the original Cells at Work! manga in the March 2015 issue of Kodansha‘s Monthly Shonen Sirius.

The manga inspired an anime TV series that was produced by the studio, David Production (the creators of JoJo’s Bizarre Adventure). The first television anime of the original manga premiered in July 2018.

The second season premiered on January 9 earlier this year alongside the anime for the Cells at Work! Code Black spinoff manga. A theatrical anime called Hataraku Saibō!! Saikyō no Teki, Futatabi. Karada no Naka wa “Chō” Ōsawagi! premiered in September 2020.

Were these latest chapters a good idea? Take a look at them and let us know.

Advertise with us
138
likes / shares
FacebookTwitter