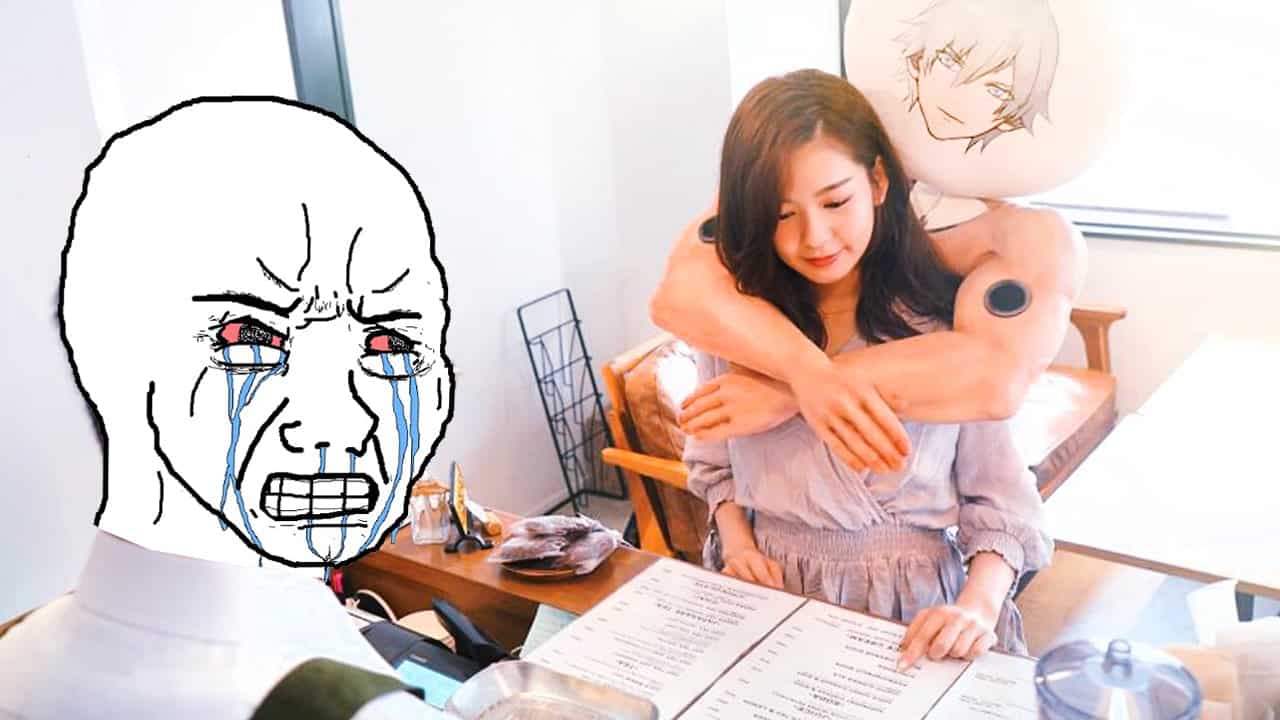 Welcome to another mindblowing addition to our fiery ongoing “Only in Japan” stories. If you are one of those people who hates the idea of putting on earphones or AirPods because something that doesn’t have wire so easy to find on a normal table. And also have the feeling that nobody else is getting into your jam. Well then, Japan has a product for you to that will wrap around your neck from behind. And it is not gonna steal your jewelry or strangle you to death.

Introducing “Boyfriend Hug”, A Muscly pillow with the speaker on both sides of the muscle and it comes with a fake head because you don’t belong in a magic act. The user is allowed to put any picture on the fake head to fool the passer-by into thinking you are not lonely.

The company who made this work of genius goes by the name Otome Yusha which translates to “Hero of Maidens”. They even named the speaker’s Hero of Maiden Hugging Speakers.

For those people who have brought the product don’t know how to assemble it. The company has released a video on how to do it.

The reason they named the speaker’s Hero of Maiden Hugging Speakers because of a mobile game under the same name and made by the same company. It’s an RPG game primarily aimed at women. Where you can play as a number of good looking man to save the world with the power of Love.

Somebody call the makers of doom, tell them that evil is a social construct that can be get rid of only by hugging and kissing all enemies in the game. I like the message of spreading love through your mouth, not through the double-barrel shotgun upgraded to shoot four bullets without a reload.

Reaction to this product has been a little bit to the side of non-speaker-ey. One one side you get comments like “Is today some sort of new April Fool’s Day?“, while on the other side you get something like “If only the speakers were flesh-colored too, it’d be perfect“.

But you won’t get bothered by them because you’ll be listening to your favorite music through the fake biceps that is dangling on your shoulder like a dead peacock on a haunted pirate.

Let me ask you, readers, Are you planning strap on these speakers to get arrested by the fashion police? Let me know in the comments below.

Advertise with us
1247
likes / shares
FacebookTwitter