Following the expansion of the nation’s third state of emergency declared in April, Japan’s Prime Minister, Yoshihide Suga, announced that the country’s state of emergency will be lifted this Sunday in all but Okinawa Prefecture.

The fourth wave of the pandemic has crested over time and cases of the coronavirus are steadily declining in Japan. Tokyo is among the nine prefectures where the state of emergency will be lifted.

The government has announced that it will be keeping some measures, including limiting spectator numbers at big events, amid fears that next month’s Olympics could trigger a surge in infections. 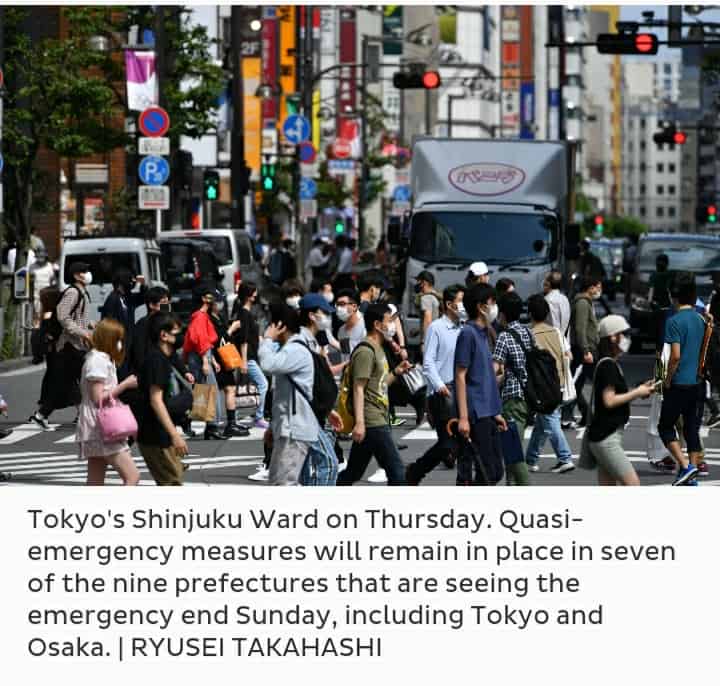 Prime Minister Yoshihide Suga has advised the public to watch the Olympics on TV to avoid spreading the virus, saying it was crucial to avoid any rebound in COVID-19 cases at the Games which are due to start on July 23 after being postponed last year.

“Quasi-emergency” measures will be employed in seven of the nine prefectures, including Tokyo, until July 11.  Health experts have stressed the need for a quick response, either through additional prohibitions or even the reinstatement of a state of emergency in the national capital following a decline in the rate of new infections in Tokyo.

QUASI-EMERGENCY MEASURES WILL BE EMPLOYED 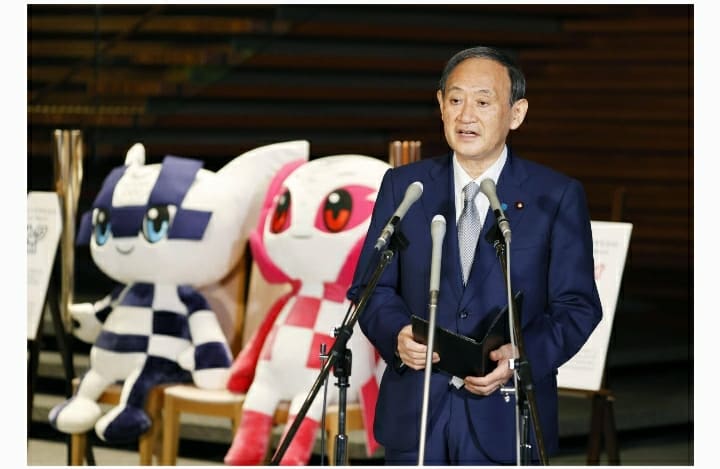 Okinawa is the only prefecture that will remain under a state of emergency because the rate of cases there is not declining as fast as those in the rest of the nation. Quasi-emergency measures will not be employed in Okayama and Hiroshima after the state of emergency ends in those two prefectures on Sunday.

With less than five weeks to the opening ceremony of the Tokyo Olympics, it is still not clear what health measures will be employed to prevent an outbreak.

However, the minister in charge of the coronavirus pandemic response, Nishimura, had this to say, “Moving forward, if and when it becomes necessary, states of emergency and quasi-emergency measures will be used flexibly to counter an inevitable rebound and prevent it from turning into a large outbreak.”

With coronavirus cases declining in Japan, this is great news for the anime and manga community. Express your appreciation for this news and wish Japan the best in the comments!