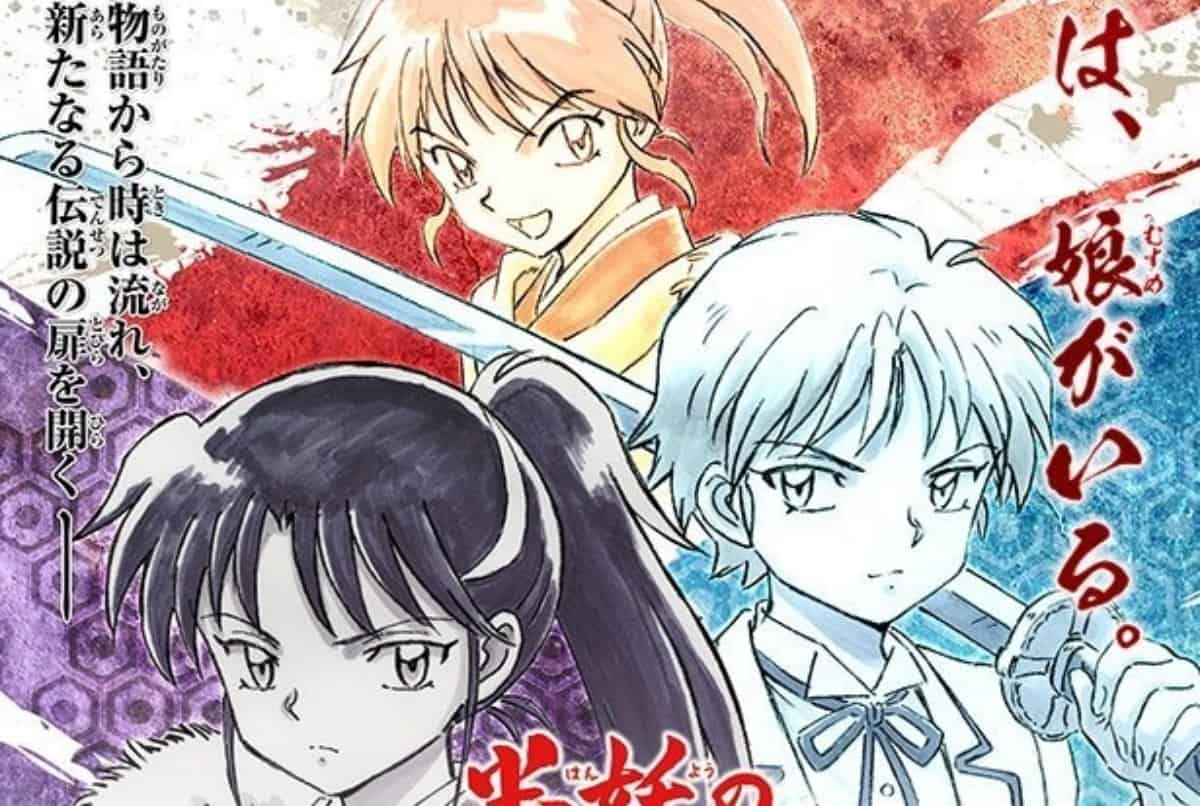 A new TV anime spinoff, set after the events of Rumiko Takahashi’s Inuyasha has been announced. It was officially confirmed on Friday by Viz media on their website. This spinoff is set in the usual Inuyasha universe.

This latest project from the Inuyasha franchise has been titled Yashahime : Princess Half -Demon ( Hanyo no Yashahime). This story will feature three heroines and Takahashi has spoken highly of them saying “The three heroines are beautifully designed. I am looking forward to their adventures”.

The original Inuyasha can be said to be highly successful by every sense of the word, as the manga launched in 1996 on the weekly shonen ran for 12 years, ending in 2008. Viz media published all 56 volumes in North America.

The Inuyasha anime began airing in 2000 and ended in 2004, with 167 episodes produced by Sunrise and broadcast on Yomiuri TV and Nippon TV. It was described as a “feudal fairy tale”.

The Inuyasha anime was blessed with a sequel that ran from 2009 to 2010. It was titled Inuyasha : The final act. The Inuyasha franchise has also inspired four movies, with the latest being Inuyasha the movie : Fire on the mystic island.

The Yashahime : Princess Half – Demon spinoff is expected this fall, and will follow Inuyasha and Sesshomaru’s daughters. Viz media describes it as a “story transcending time”.

The anime will focus on the demon twins Towa and Setsuna as well as Inuyasha’s daughter Moroha. We will be taken through a journey as these young women travel between the two eras on an adventure to regain their missing past. It would be exciting to see how involved the previous characters will be in this spinoff.

Some character designs were posted on the anime website, and we can confirm that the series will be directed by Teruo Sato (The director of the original Inuyasha). Katsuyuki Sumisawa will handle the scripting while Takahashi is in charge of character designs.

The music for Yashahime : Princess Half – Demon will be composed by Kaoru Wada. The 24th issue of the weekly shonen magazine will include poster teaser for this spinoff and might provide added information.

For an anime with a repetitive story line, Inuyasha received a lot of love from anime fans which I believe is due to how well it mixed action and humor. The episodes were also enjoyable independently of others and did not require complex explanations.

hi I love inuyasha and can't wait to see them again；▽；)ノ pic.twitter.com/Zl4MTPQGOb

The character development was quite slow in Inuyasha, however Yashahime : Princess Half- Demon is not expected to be long as the original anime and so we can expect faster developments.

Since the announcement, fans on Twitter and reddit have been excited about this spinoff and have made several post to match their enthusiasm. The fandom is decently hyped as well as surprised at the path the spinoff has taken concerning Inuyasha and Sesshomaru’s kids.

Advertise with us
233
likes / shares
FacebookTwitter