Anime of Initial D author Shuuichi Shigeno‘s new racing manga premieres in 2023. It has now been officially revealed that a TV anime adaptation of MF Ghost, the sequel to Shuichi Shigeno’s street racing-themed Initial D manga series, is now in the works for a premiere in 2023. Kodansha confirmed this by revealing the anime’s visual and a teaser promotional video.

The anime’s official website and Twitter account have also opened with a teaser visual and a teaser PV. Each of the cars that appear in the PV – TOYOTA 86, Lamborghini Huracan, and Ferrari 488GTB – uses the real sound of their engine. The anime’s visual features protagonist Kanata Livington’s red Toyota 86, as well as rival cars Alpine A110S and Nissan GT-R.

The series takes place in the 2020s, when self-driving cars are ubiquitous in Japan. The protagonist is a 19-year-old Japanese-British Kanata Livington, who was trained by Takumi Fujiwara, the protagonist of Initial D, at Royal Donington Park Racing School (RDRS), a prestigious British racing school. 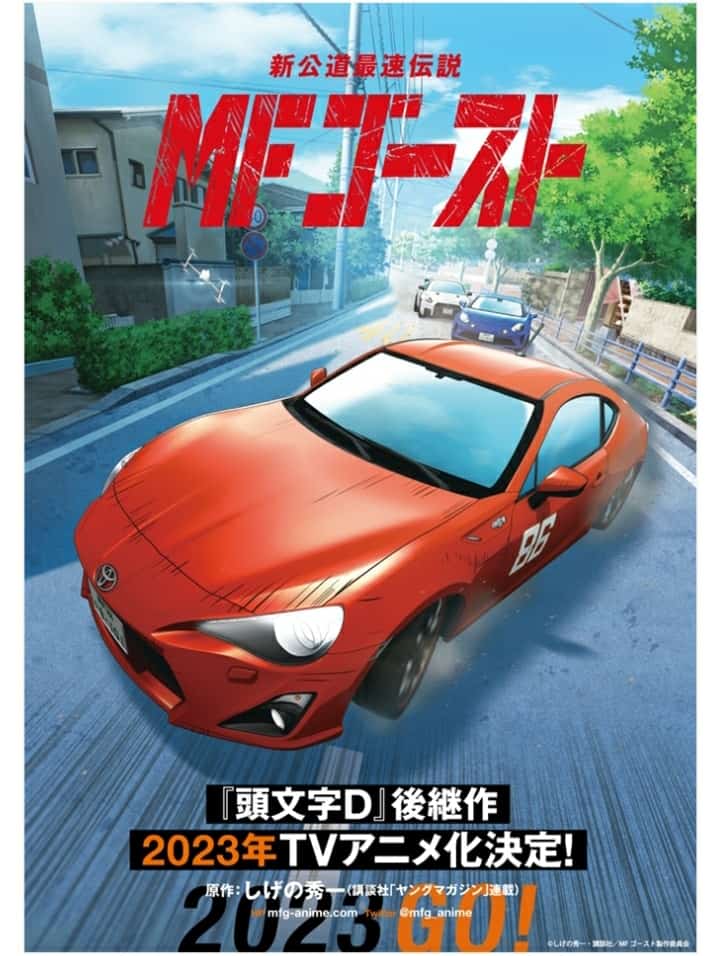 To find his missing father, he travels to Japan to take part in MFG, a closed-course car race on public roads, using sports cars powered by internal combustion engines. The characters in Initial D also appear as they have aged, or their names and biographies are mentioned in the story.

The manga has been serialized in Kodansha’s Weekly Young Magazine since September 2017, and so far released 12 tankobon volumes in Japan, printing more than three million copies. Its story is set 15 years after Initial D, where internal combustion engine vehicles such as gasoline engines have been discontinued and electric and fuel cell vehicles have become the norm.