The Devil is a Part-Timer! Season 2 Releases Promo Video

Japan is a country known for many things, but above all, it’s highly praised for its future-thinking culture. From advances in country-wide transport to innovations in household goods, there are unimaginable items that will make literally all aspects of your life easier.

Take their never-ending supply of vending machines, for example. Every corner you turn in any city, you just know you’ll never get thirsty.

Their touch-screen ordering menus that reduce wait time for a server to come and take your order is perfection.

Their automated vehicle garages that lift or lower cars to stack them are utterly genius.

The list is never-ending, but you get the gist. The Japanese just know how to make life easier.

Every year they come up with something new and different, and it’s generally loved, however, a recent innovation that recently shot them on the global radar was the unveiling of their new public toilets in Shibuya – but not for reasons you’d think.

These colorful new installments in one of Tokyo’s busiest parks shine brightly in their tropical shades of yellow, orange, and purple. They’re not the most subtle facilities, and so for something like doing your private business, you’re probably wondering who would be crazy enough to use them! 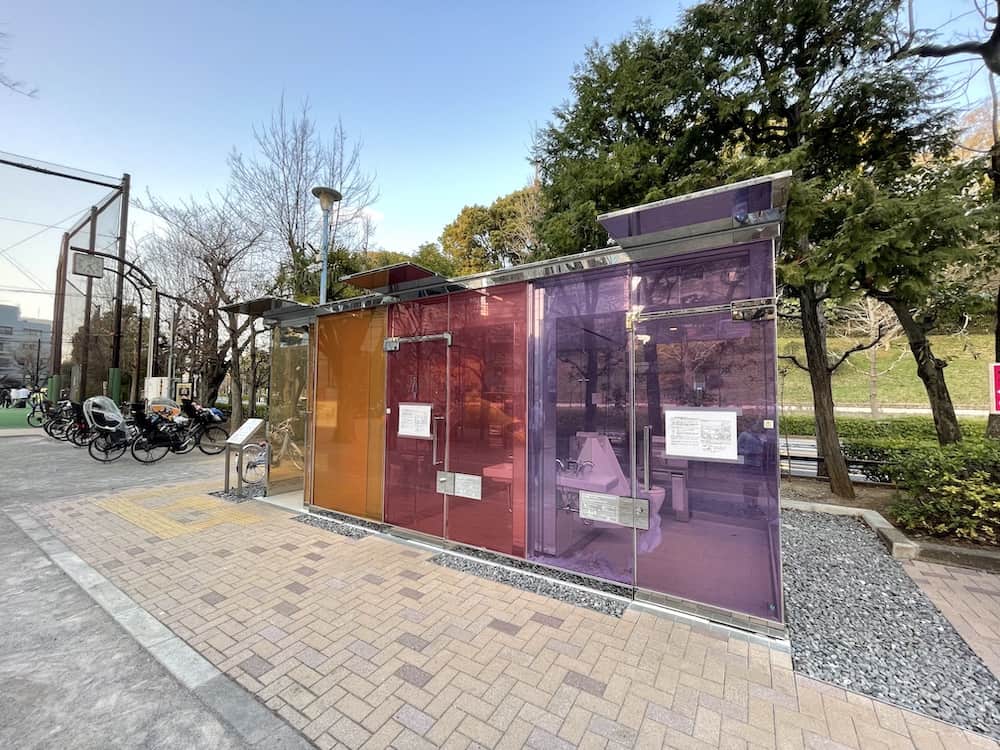 Well, as with most Japanese inventions, there is science and logic behind all of it, and it really does make sense.

These toilets were designed by globally renowned architect Shigeru Ban and they immediately address two concerns: visibility of cleanliness and the possibility of walking in on someone.

Drawing on the Japanese principles of simplistic and functional design, these toilets are transparent on the outside and inside when empty, but once the cubicle is occupied, the walls turn opaque, providing privacy when needed most. 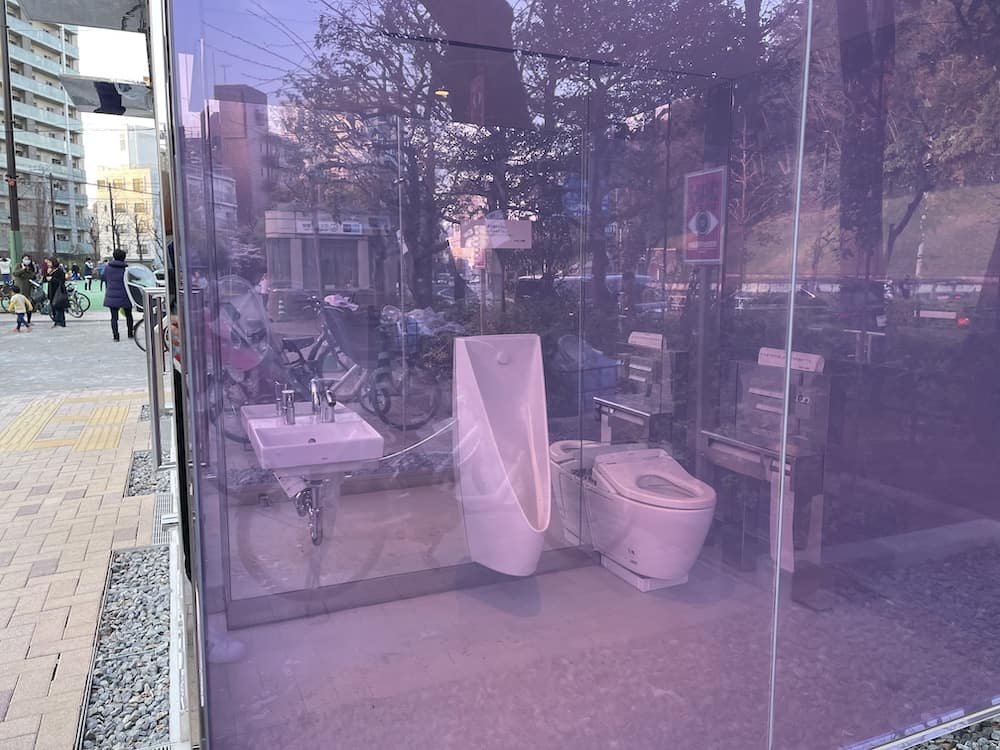 Why Were These Created, and by Who?

These toilets were in response to the need to re-invigorate and inject life back into the public facilities of the park ahead of the Olympic Games. The stereotype of public toilets being ‘dark, dirty, and scary’ is a particular pain point that Shigeru Ban took into consideration.

The idea behind these buzzworthy toilets is that when it is empty, it’s transparent, and those who want to use it can immediately see whether someone is inside or not without having to jiggle the door handle (a stress-inducing activity for both the person and the occupant!). They will also be able to assess its cleanliness before opting to use it. 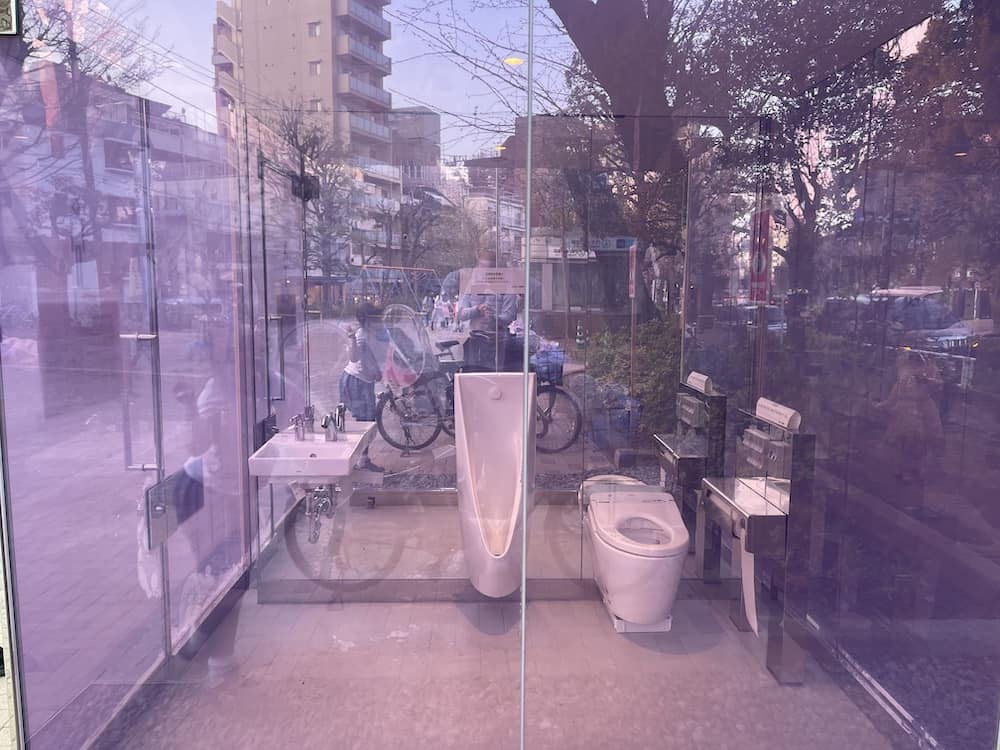 These bold public toilets have, as you can imagine, provoked quite a stir from the Japanese public as well as social media.

Mixed Responses From the Public

Many people have expressed their self-consciousness about using a transparent toilet in public, whilst others have applauded the innovative take on the public restroom issue. Worries include restrooms suddenly malfunctioning and exposing the cubicle, whilst others praise the design, saying it’s in line with all the other awesome innovations coming out of the country.

No matter what people say, however, the toilets are here to stay, and the rise of positive mentions of them has been fantastic. These photogenic toilets continue to draw curious onlookers, if not to experience using them, then to at least appreciate the visuals!

Have we mentioned how Instagram-worthy they are?