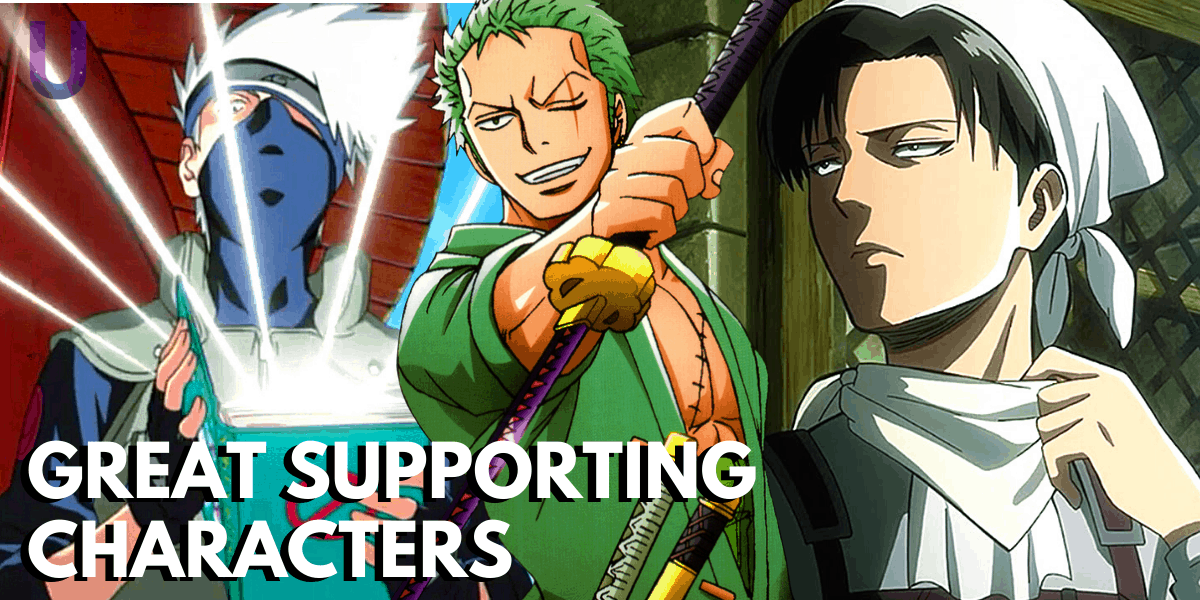 WHAT MAKES A GREAT SUPPORTING CHARACTER IN ANIME

It is common to see that the main heroes and villains – Protagonist and antagonist get the bulk of attention in any show, Anime inclusive. However having a beautifully crafted side character supporting them adds more color to the story. Fans of anime always have a story to tell about a supporting character that caught their attention, and they fell in love with. So when writing a story, bear in mind that your audience would not just get hooked alone on your amazing protagonist.

Killua is a fan favorite and has a large fan base of his own. Another of such characters is Shoto Todoroki, by the end of My Hero Academia season 2 he had established himself as one of the fan favorites as his back story was relatable and he is also seen as super cool due to his ice and fire quirk.

HOW TO WRITE A SIDE CHARACTER

Side characters should be unique and have a story of their own that would aid in their character development. It would not be uncommon to see side characters being built to just ride of the wave of the main characters but this is not a good way to portray your side characters as they tend to be bland and do not add flavor to the show. There are a lot of ways to make a great supporting character, let’s talk on a few.

Role Model to the Main Character

Motivation to the Main Character

This is a common shonen occurrence, making a supporting character a rival to the main character, to motivate him to get stronger and be better has proven time and time again to be a recipe for a successful side character. Take Naruto and Sasuke for instance, the rivalry motivated Naruto into training harder and getting stronger, his desire to bring Sasuke back to the village led to him undertaking various trainings that added to the overall story of the show. The relationship between Asta and Yuno in Black clover is another case in point as it enables Asta to grow in character while trying to out do his rival Yuno. A common feature of this method is that the supporting character is often times as strong as the main character and is also reserved, the side character tends to have a darker past.

To add spice to your supporting character which will result in added life to your anime, you should make them stand out through their dressing. Karma Akabane and Zoro’s coloured hair comes to mind here as well as Kakashi’s face mask, it makes them appear cool – who doesn’t like a cool character? A deep voice or unique set of glasses could work wonders on your side character too.

The Main Character and Supporting Character Overcomes Challenges Together

This comes in handy when you need to build a relationship between both characters as both of them fighting and thinking together as a team would be of utmost importance for their character development. Killua and Gon as well as Luffy and Zoro show that this is an efficient style of writing side characters.

It is highly important to give your supporting characters a back story, as it makes them attractive to fans, helping to build a stronger fan base for the Anime.

Advertise with us
476
likes / shares
FacebookTwitter