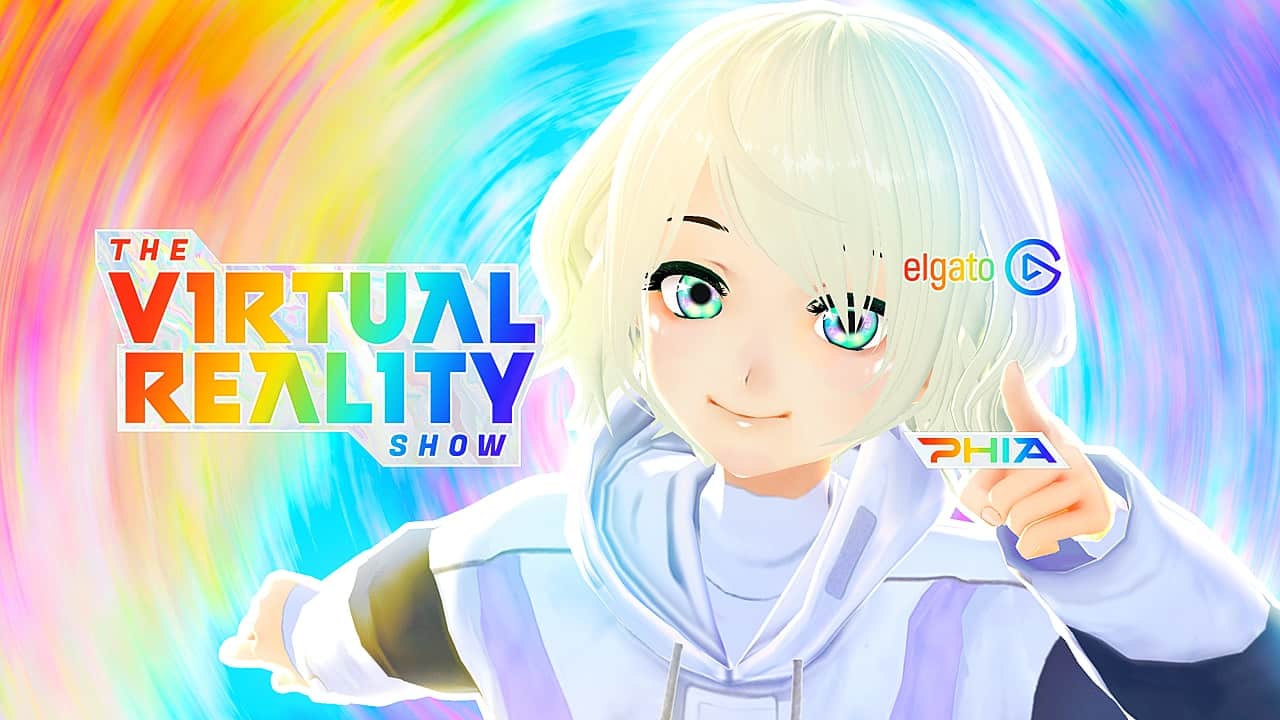 Vtubers or VRtubers have been trending lately; with all the buzz, everyone is asking: how can I become a Vtuber?

I had the honor of interviewing PHIA, owner of TheVirtualRealityShow, to get her advice on starting a VR channel.

The Current State of the Vtuber Industry

In the early days, Vtubers were mainly channels run / owned by large Japanese corporations. I recall walking around during AnimeExpo 2017 – 2018 and seeing random companies promoting their newest cardboard cut out, “Vtuber mascot.”

The early days of Vtubers was not that exciting unless you were a hardcore weeb that loved this new gimmick or wanted to see pure Japanese content.

Now, the Vtube space has expanded and we’ve seen a lot of English Vtuber channels grow to massive popularity (including a VR onlyfans channels).

Some English channels include: NatsumiMoe, whom we have worked with for sponsorship deals in the past.

Now, in 2020, most people are working / going to school from home: now has never been a better time to start a VR tuber YouTube channel!

The first thing everyone asks about is how can they get their own avatar or mascot? VR mascots need to be created using 3D software, luckily there are templates and easier ways to get started.

I used a program called VRoid Studio which was created by the company Pixiv.

It’s actually a surprisingly simple software, because it gives you a base anime character to start off with, rather than having to create one from scratch like in Blender. 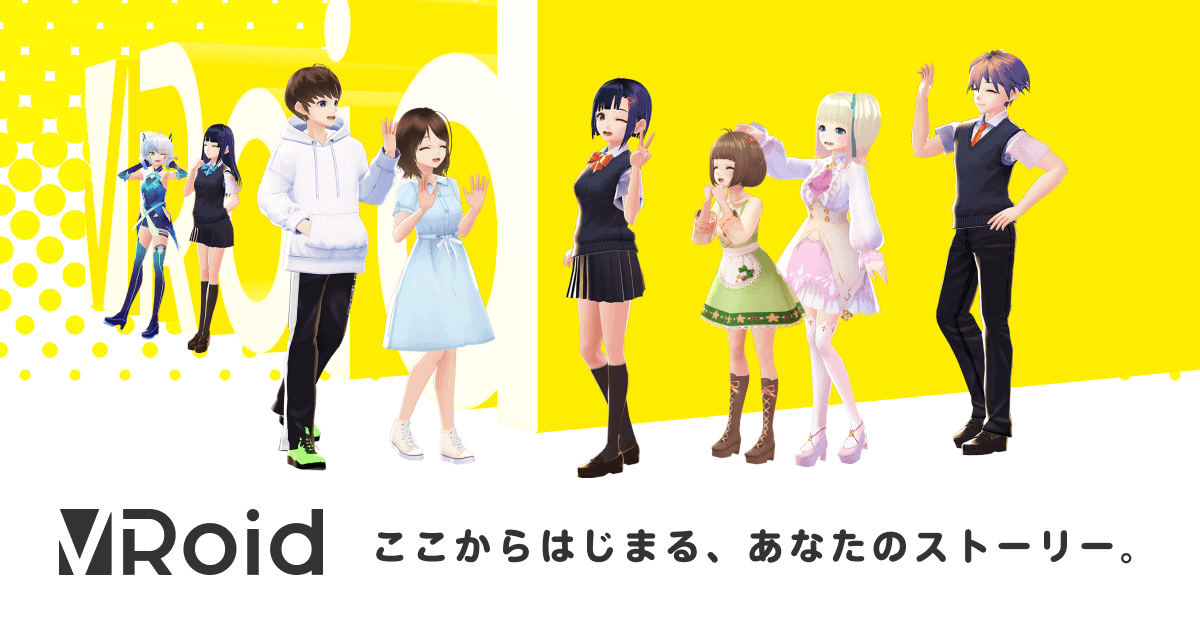 Vroid Studio is a free software that anyone can use to create their own VR mascot.

You don’t need hardly any 3D modeling experience to get started with it, and for a long while, I didn’t have photoshop either! I would just edit the textures directly on the program by just clicking and dragging.

I highly recommend people to try out the program for themselves- the hair creation is the only difficult part, but it is loads easier than almost every other program out there.

You just click and drag each strand on individually for customizable control.

Of course, if you lack creativity, it will be hard for you to make an original / unique model for yourself. You can hire a plethora of 3D modelers from places like Fiverr. Some of the higher end models can cost around $80 – $250.

Now that you have a 3D model, you need to use some software to capture yourself in VR. Believe it or not, you don’t need a VR headset in order to make Vtuber videos! (Of course this will limit the possibilities for your videos.) 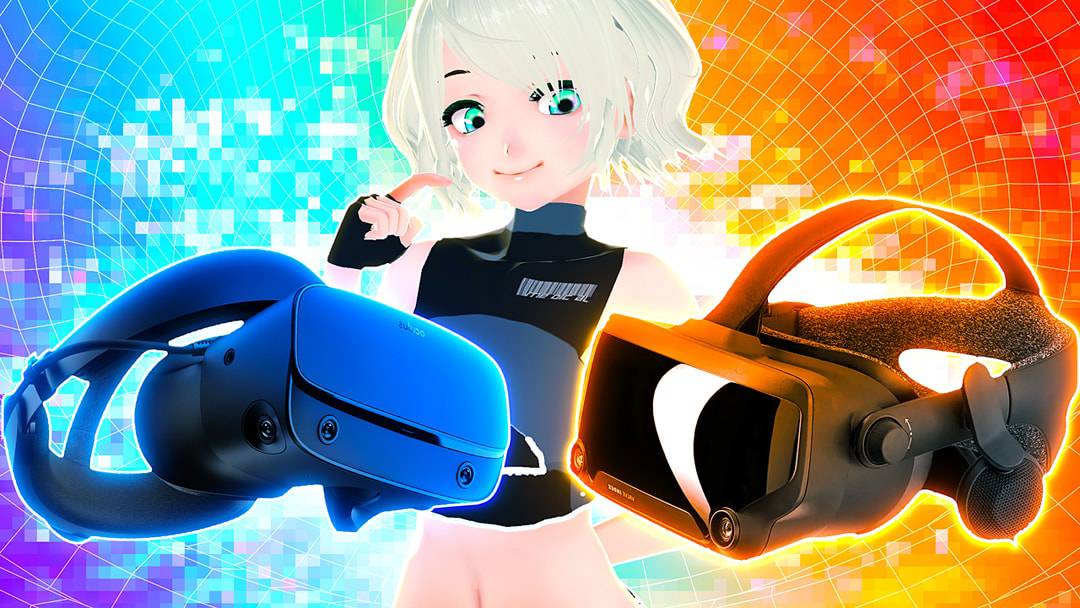 All you need is a webcam in order to run this free software. 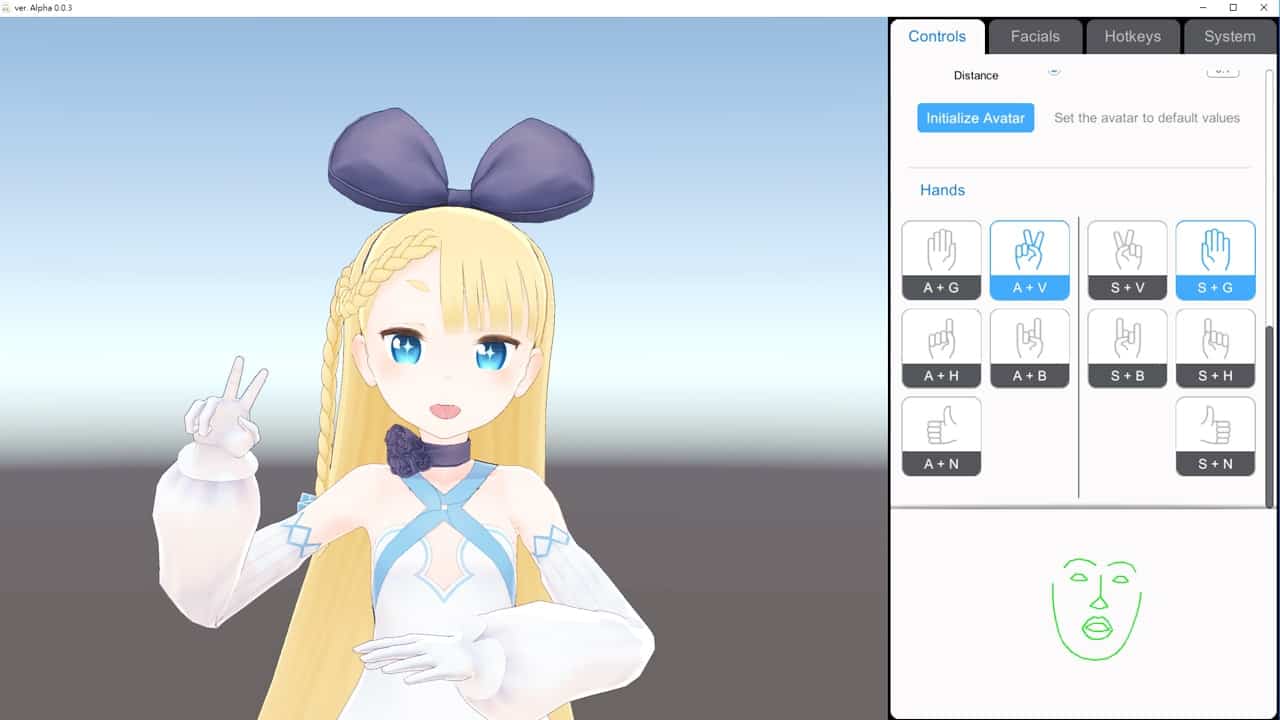 Keep in mind, this is a free program and it has limitations. You can get it here.

Virtual Cast allows users to record videos within VR space itself! This, of course, requires an actual VR setup, but the possibilities are endless!

…the main bulk of my recording is done in a Japanese program called “Virtual Cast” which is free on steam- I even have some tutorials on how to use it!

Of course, the most important part of any successful YouTube channel is the content! If you want to succeed, you should bear in mind a few key components of a great channel:

This advice comes from me, most of you don’t know who I am but I do run a few large YouTube channels and websites (including this one). 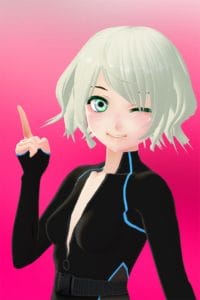 The following comes directly from our interview with PHIA in her words:

I used to put out an episode of my show every Monday, but I’ve switched to every other week so that I can put out the quality of content that I want to produce. I have a long list of video ideas that I pick from, which I am always adding to.

Any floating thoughts I have about VR will be added as well as other concepts that I learn about from interacting with fellow VR lovers. After I pick out the topic for my episode, I spend the first week doing research. 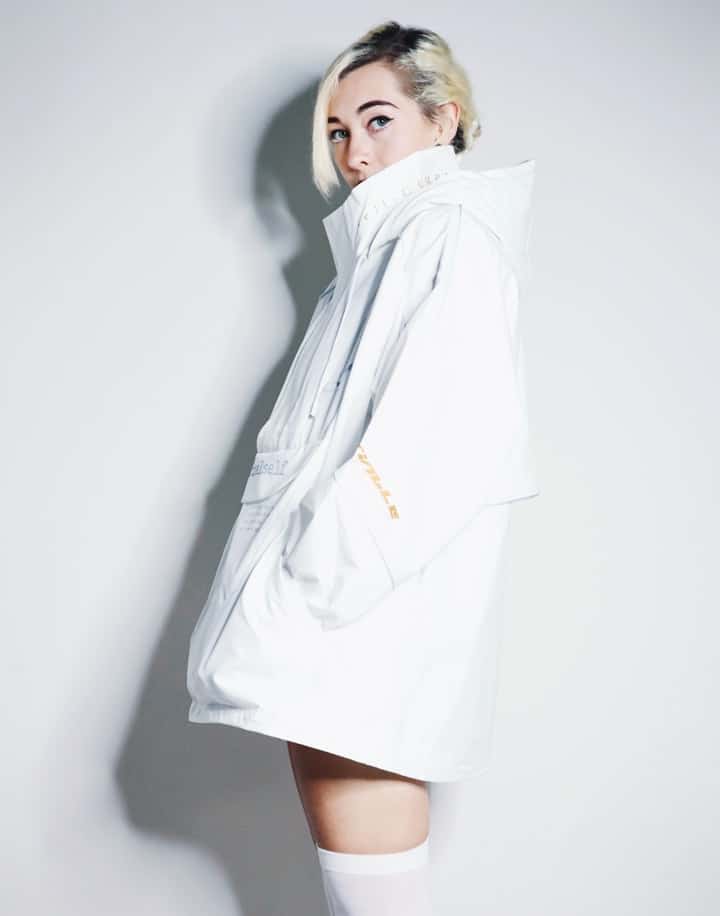 This includes consuming all types of media on a subject as well as planning interviews and gathering footage. After I feel like I am knowledgeable on the subject, I write out a long script and refine it until it becomes something that I feel is both digestible for VR newbies but interesting for experts.

Then I’ll hop into the program “Virtual Cast” where I read off my script to the camera. Talking to the camera can take quite a few tries because I have to control my avatar’s movements, gestures, and expressions while talking clearly! I usually compare it to puppeteering.

After I finish recording, I pop all my footage into Premiere Pro to get started on editing. Editing usually takes an entire day of work from waking up to sleeping. I try to spread it out if I can, but if there’s anything that comes up, it can really make my schedule scrunch up. 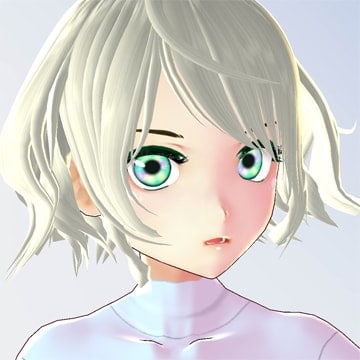 Once the video is done, I send it over to my manager/boyfriend Protostar who fixes up all my audio for me. Then I watch the video with my art director, Think Lumi, and we design a thumbnail for the video- which can be an intensive process!

I work every single day and don’t give myself too many breaks so that I can make sure I’m only putting out top quality content for my channel.

I think it’s definitely worth all the effort it takes. My favorite part of the process is always after I post the video and see the positive reaction my audience has to it. Nothing is quite as motivating as knowing you’ve made a positive impact on people! – PHIA TheVirtualRealityShow

What are you waiting for? 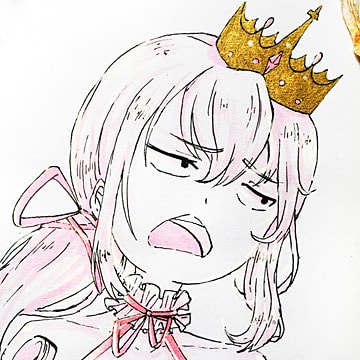 Don’t ask your friends for their opinions; friends are best for coming up with 101 reasons why your idea won’t work.

“There’s already so many VR channels.” “who would watch it?” “that sounds like a lot of work”…

Once you start, it becomes easier to keep the momentum going!

TheVirtualRealityShow is a VR channel which focuses on in-depth topics relating to VR itself. The channel is extremely educational and every video is well written and thoroughly researched. It reminds me of a VR version of Vsauce. 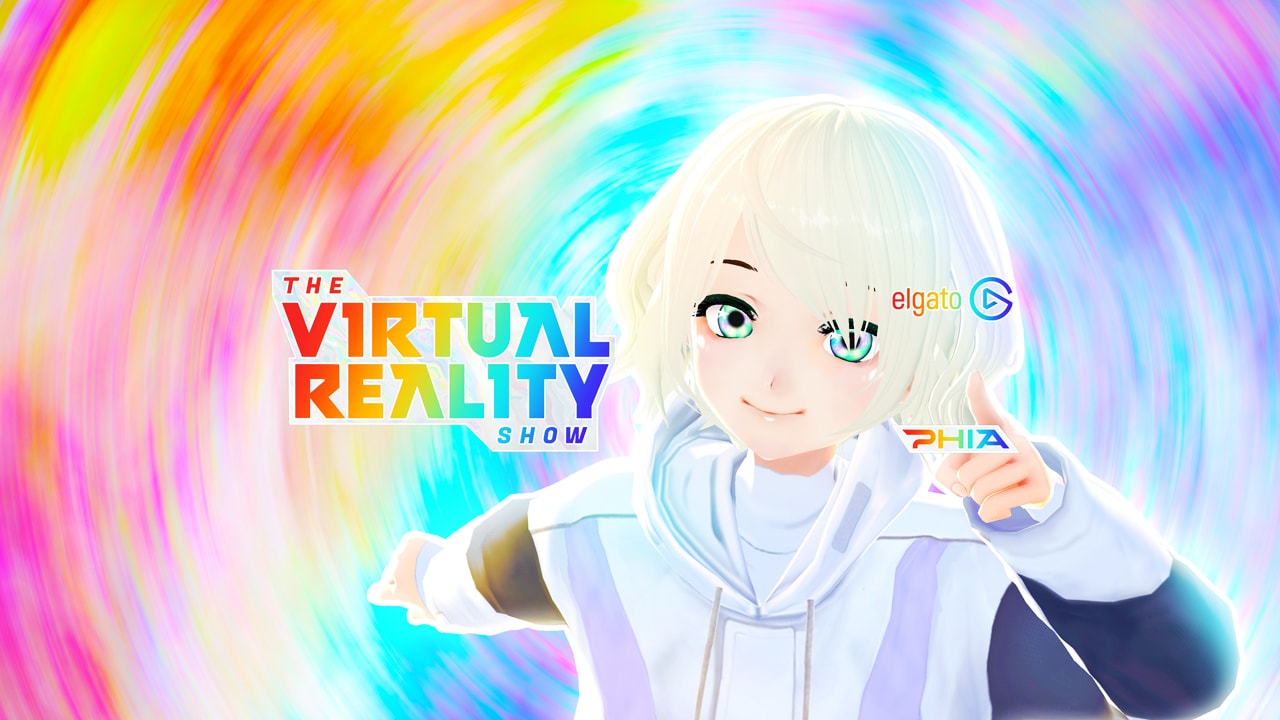 At the time of writing this, PHIA has nearly 30K subscribers on YouTube.

Her channel is growing rapidly, I know she will become a big VR channel one day, so keep an eye on her channel!

Advertise with us
381
likes / shares
FacebookTwitter