The official website for the television anime series, Higurashi: When They Cry – SOTSU, has revealed the premiere date of the anime, and it is less than a month away.

It has been revealed that the anime will premiere on Tokyo MX and BS11 on July 1, and on AT-X on July 2. The first two episodes will be aired together. The anime will stream on Funimation when it airs in Japan. 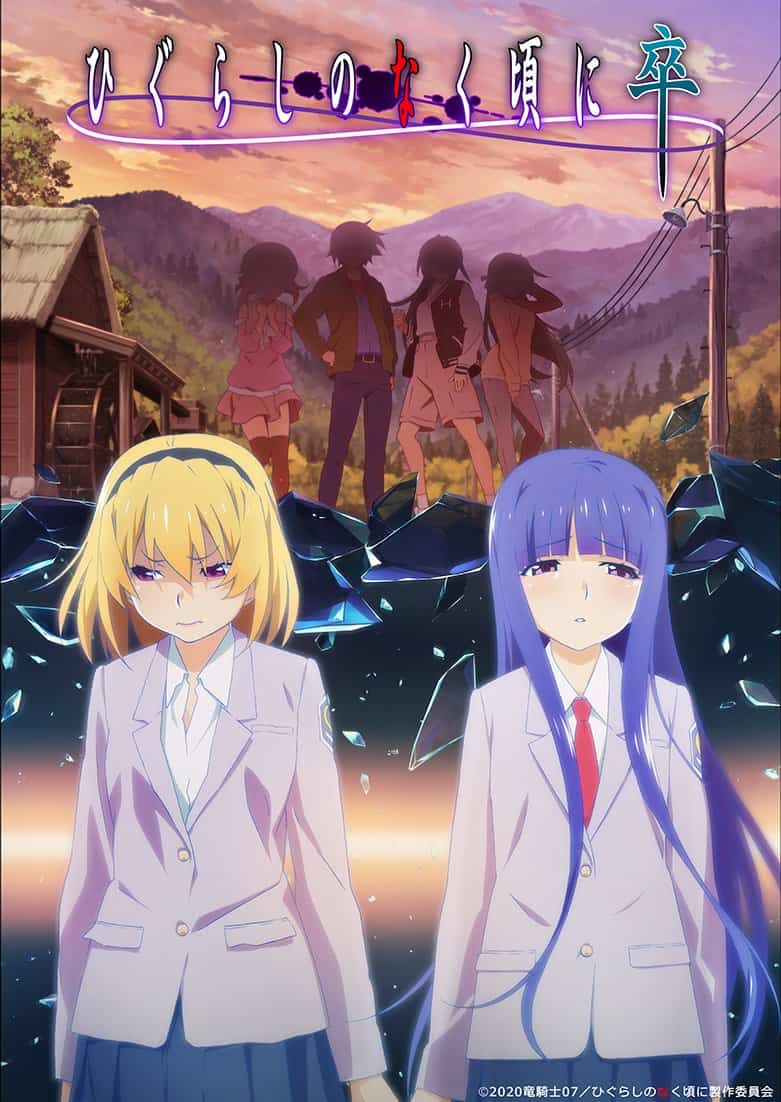 It has now been confirmed that most of the cast will be returning, including the minor characters. Ayane‘s 13-track Analogy CD will go on sale on July 28.

The prequel, Higurashi: When They Cry – GOU, premiered on October 1, 2020, and consisted of 24 episodes. Although the anime wasn’t a direct sequel to the previous Higurashi adaptations, the plot was highly connected and served as a continuation of the story.

The anime series, GOU, offers five new arcs that both build on and extend the tale of the original eight chapters from the games. The five arcs are:

Higurashi: When They Cry – SOTSU will take the story further.

Higurashi: When They Cry takes place in the fictional village of Hinamizawa in June 1983. Shortly before then, the main character, Keiichi Maebara, moves to the village and befriends classmates Mion Sonozaki, her twin sister Shion, Rena Ryūgū, Rika Furude, and Satoko Hōjō. Keiichi soon learns of the village’s annual Watanagashi Festival, a celebration to commemorate and give thanks to the local deity Oyashiro. Hinamizawa initially seems calm and peaceful, but shortly before the festival, Keiichi learns that for four consecutive years, people in the village have been killed or have disappeared on the evening of the festival. These crimes remain unsolved and have been named the “Oyashiro Curse” by the local populace.

Higurashi: When They Cry – SOTSU was originally supposed to premiere in July 2020 but had to be delayed due to the coronavirus pandemic and the state of emergency in Japan and its effect on the anime industry. With the premiere date so soon, how eager are you for this sequel series?