In the world of anime, there is no name more synonymous with quality and craft than Hayao Miyazaki (below). 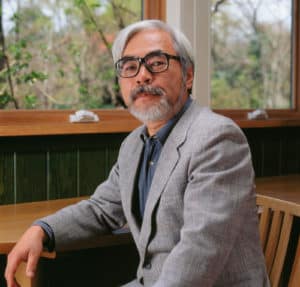 The 80-year-old director who co-founded the legendary Studio Ghibli has created some of the biggest crossover successes in the genre of all time, including Spirited Away, My Neighbor Totoro, Howl’s Moving Castle, and Ponyo.

Before his announced retirement in 2013, Miyazaki still had a number of projects he was working on, including an unfinished film entitled How Do You Live?

Now, Miyazaki is officially turning his unfinished project into his final project. As reported by The New York Times, Miyazaki will come out of retirement to finish work of How Do You Live?, which is based on the 1937 novel of the same name by Yoshino Genzaburo.

Most of the details are being kept a secret at the present moment, with the Times offering up this description:

“Neither Miyazaki nor Suzuki will share much about the forthcoming film, beyond the fact that it is based on a 1937 novel by Genzaburo Yoshino. The story concerns a 15-year-old boy in Tokyo, small for his age and fond of mischief, whose father has recently died.”

In the English translation by Bruno Navasky, published in October, the boy gazes out at the city and is overwhelmed: The watching self, the self being watched, and furthermore the self becoming conscious of all this, the self observing itself by itself, from afar, all those various selves overlapped in his heart, and suddenly he began to feel dizzy.

Miyazaki’s last official film was 2013’s The Wind Rises. When asked why he decided to return in the first place, Miyazaki kept his answer simple, “Because I wanted to.”

The Times article is relatively vague about most of the details surrounding the movie, but it makes implications that this could be the last film for Miyazaki, and perhaps for Studio Ghibli as a whole. However, the producer and former president of Studio Ghibli, Toshio Suzuki, also kept the finality of the film vague, stating: “In the West, we always need to know how things end. At Ghibli, the last scene is often a mystery”.