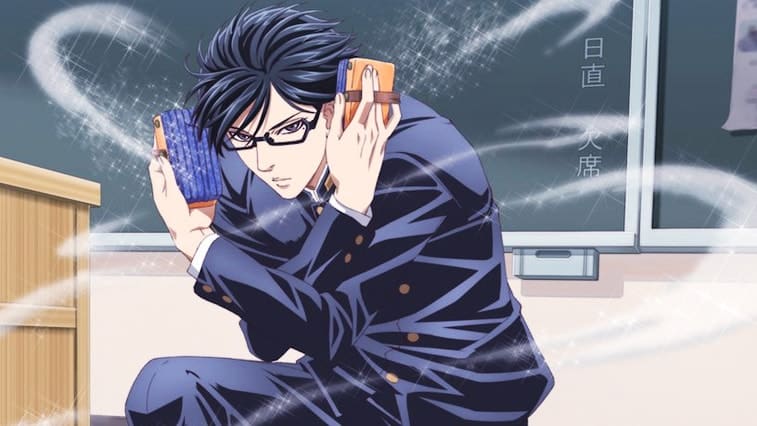 Sad Anime Movie about Hiroshima: In This Corner of the World – Watch the Trailer!

I am sakamoto is a Japanese anime series follows a high school student named Sakamoto. He has a reputation for being the “coolest person” among the entire student body. The entire premise of the show, the jokes, and the story revolve around this concept. This is our review of the series!

The story structure of Sakamoto is similar to that of other comedies like Cromartie High School, but this show over-exaggerates the actions of high school delinquents vs. the popular kids. Sakamoto switches up the formula a little by bringing us “idealized” main characters as opposed to school delinquents.

While it should go without saying that comedy is highly subjective, it’s still safe to say that if you like comedic stories with this kind of structure, then there’s a good chance you might find Sakamoto’s offerings to be up your alley.

Another key feature of Sakamoto’s sense of humor is just how upfront and innocent it is; It never feels mean-spirited or overly vulgar.

The presence of vulgarity usually indicates a sign of cheap or tasteless writing on the creator’s behalf, but Sakamoto diverts this norm by giving us some unique takes on Japanese school comedy that doesn’t involve overly perverted “accidental” romance moments that have cluttered so many modern school comedy anime. 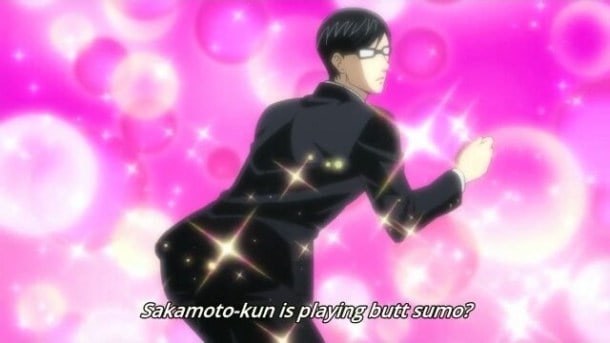 Sakamoto is what happens when you take an observational approach to an overused trope, while also deciding to view it through a comedic lens.

In this case, the overused trope is Mary Sue/Gary Stu characters. With portrayals that often border on the implausible due to the nature of these type of characters being “flawless”, Sakamoto purposely challenges and overly exaggerates the threshold of logic or reason by pushing this completely unrealistic and extremely “cool” character.

Though it is only his first day in high school, his attractiveness, intelligence, and charm already has the girls swooning and the guys fuming with jealousy. No one seems able to derail him as all attempts at tripping him up are quickly foiled. His sangfroid is indomitable; his wits peerless. 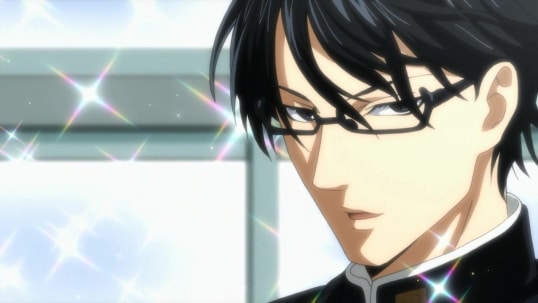 If you thought for one second that you were supposed to relate to Sakamoto, you were wrong.

If anything, you’re supposed to relate to everyone else in the show except for him. If Sakamoto were to have a flaw, and they were to release it on the first episode of the show, then the entire premise of this show would go out the window. 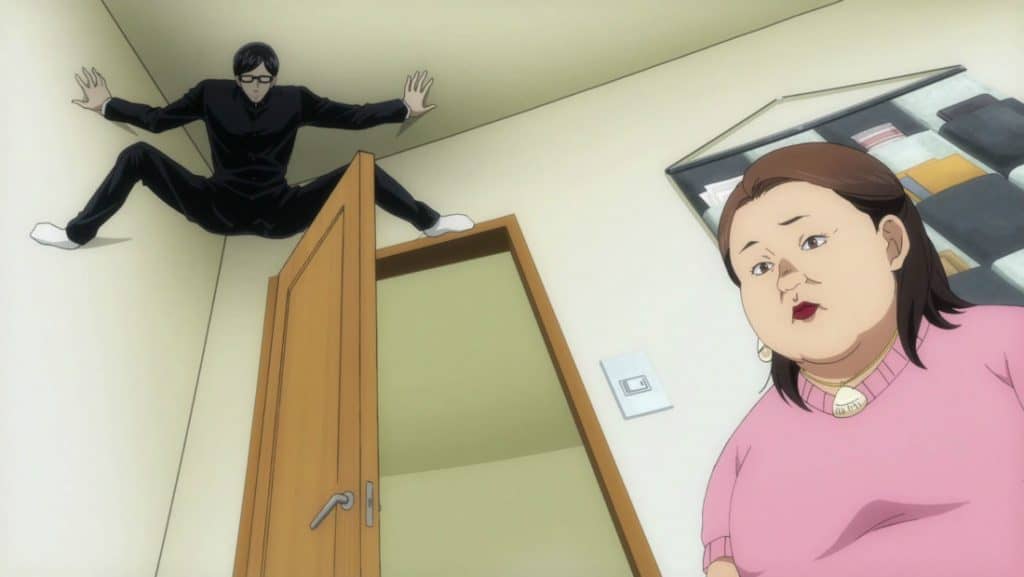 Anything relating to possible “story” in this comedy is related to discovering Sakamoto’s life. Overall, this is meant to be a comedy and there isn’t much story present in this show!

Because of the potency of his swag, many often found themselves enraptured by “SwagLord’s” presence; I found myself being one of those people. Just the memes and inside jokes that generate around this concept kept me entertained. I couldn’t scroll through a Sakamoto comment section without busting out in a fit of laughter! 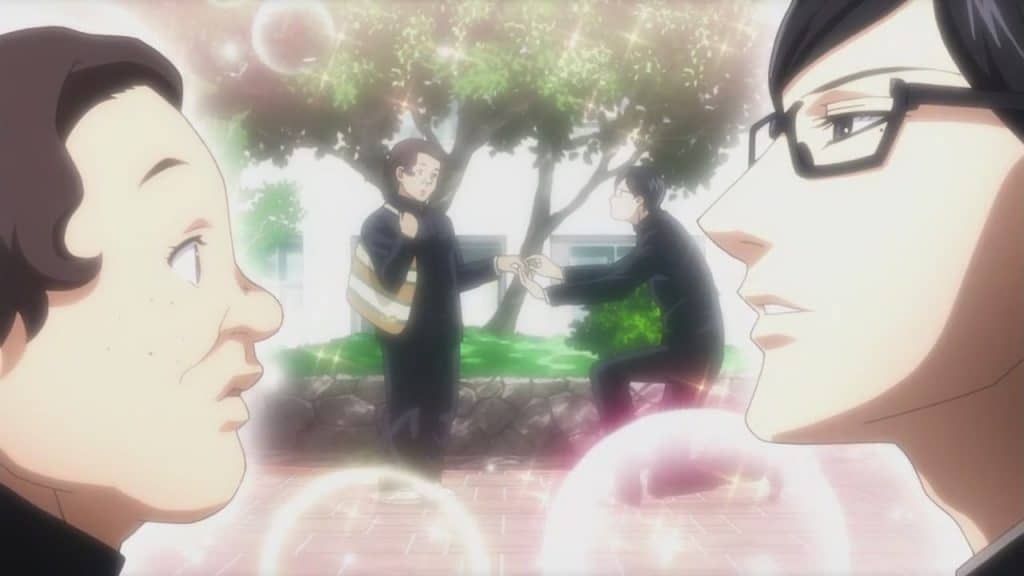 This saying nothing about the show itself, which constantly had me tearing up with just how funny it was. While the only progression that happened was him winning over the characters introduced one by one, I was never bored by the comedy. No, the jokes weren’t always super funny but it seemed like they are trying to appeal to everyone with a wide range of comedic moments. (Some worked and some, not so much.)

But as part of my anime watching schedule, Sakamoto was a title I looked forward to every week just for the comedy.

Sakamoto is a inhuman character, maybe he’s biologically human but his personality is more that of an alien/robot/something else. The whole premise of the show revolves around him being without flaws/inhumanly perfect and cool. Is Sakamoto’s flawless personality a problem? 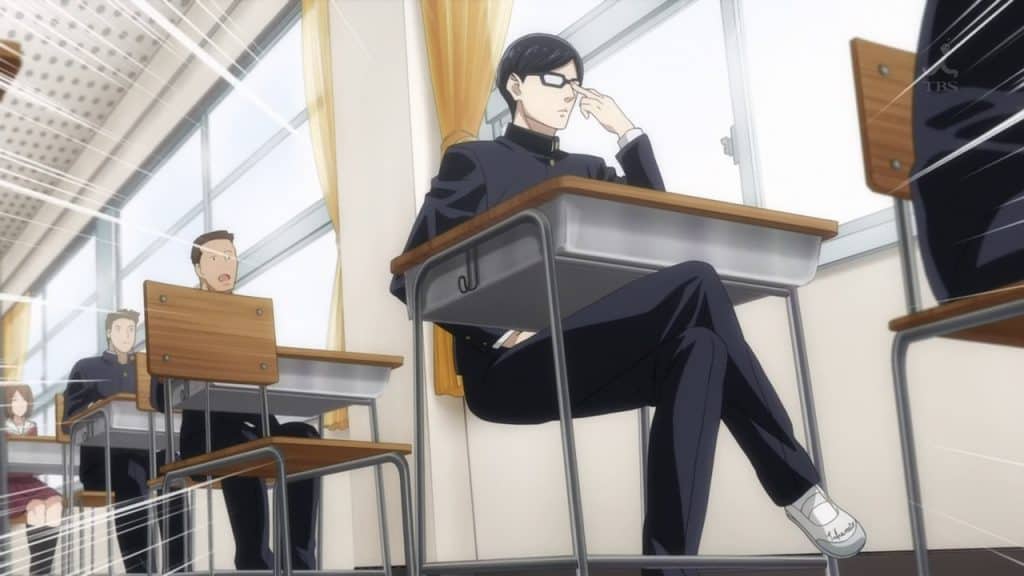 If you watched the first 3 episodes, whether you liked it or not, you’ve really seen everything the show has to offer. There is barley any story, no interesting characters (besides Sakamoto), and no real arc to his character development. Any given episode of the show is predictably: Sakamoto hanging around, overcoming his opponents effortlessly and continuing his day as if nothing even happened.

This format definitely has room for a few great jokes and moments, but the overall execution of it became repetitive and boring after 3 episodes! There are some minor plot twists here and there that add some interest and retention to the show, but for me personally, it just wasn’t that interesting or fantastic.

This show definitely has some creative and funny moments, but not enough to make this a “must see” anime! If you’re into lighthearted, school anime, then go for it! But if you’re one of those people who are short on time and only want to watch the “best” anime, then you really aren’t missing out; Besides a few epic moments and memes here and there, Sakamoto probably won’t be remembered years from now.

Should you watch Sakamoto desu-ga?

I would have to say NO

Mainly for the comedy and some epic (meme-able) moments, but the story and overall interest is just really lacking!