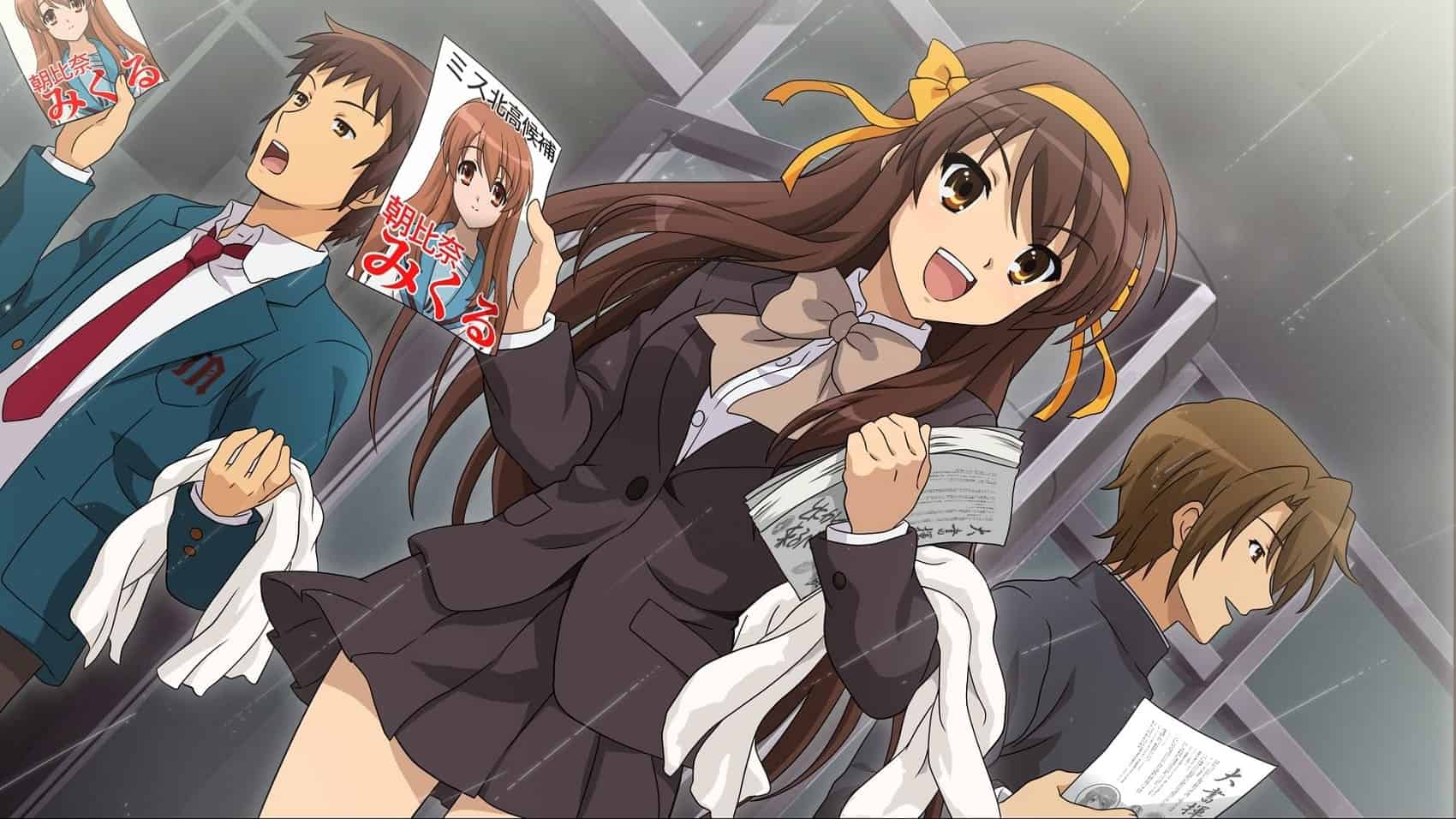 Everything You Need to Know About the Wendy’s Anime Meme

The Melancholy of Haruhi Suzumiya was the phenomenon that sparked Otaku culture as we know it. After giving everyone (including non-fans) a reason to love the show with the movie The Disappearance of Haruhi Suzumiya, we never saw signs of a Season 3 since 2010! 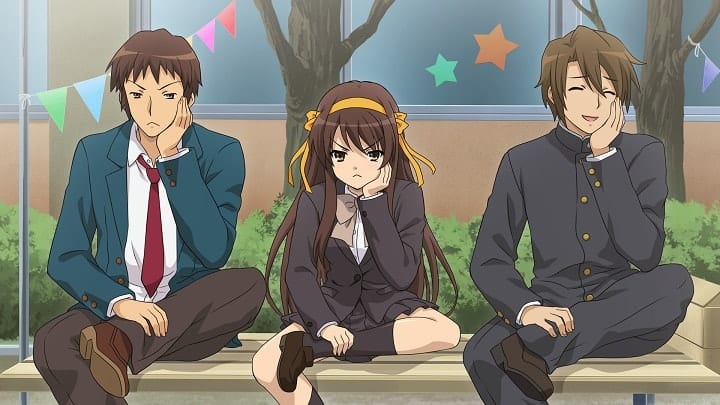 According to Nagaru Tanigawa’s official Wikipedia page, as well as statements from various blogs and publications, Tanigawa (The writer) has put the Haruhi project (and all of his projects) on hiatus.

While the anime series hasn’t progressed past Season 2, the light novels have continued for 11 novels until 2011. It’s 2017 and we haven’t heard word on a Season 3. Bearing in mind that it took Kyoto animation 3 years to finish Season 2, it would be a stretch to assume they have been quietly working on a Season 3 this whole time. (Especially since Kadokawa & Kyoto Animation have so many other big projects in the works.)

For those who aren’t in tune with the inner workings of the anime industry, there’s various chains of command from the IP owners and writers (Kadokawa) to the studios that are contracted to create the production. (There’s also studios that specialize in music production, voice acting, etc. The finished product doesn’t always get pumped out of a single studio as one might think.)

If the writer being on hiatus wasn’t a good enough answer for you, then consider the fact that Kyoto Animation has recently started to become the first link in their own chain of production. Instead of creating anime for other writers, Kyoto Animation has released their own original creations with great success! Violet Evergarden is also another series that has Kyoto Animators too busy to think about Haruhi!

3. In 2016, Kyoto Animation Returns to Outside Series!

Unfortunately, nothing with regard to Haruhi… In 2016 Kyoto Animation worked on an outside series called Sound! Euphonioum which really created a buzz with it’s beautiful animation and sound design.

4. The (Failure) of Nagato Yuki-Chan 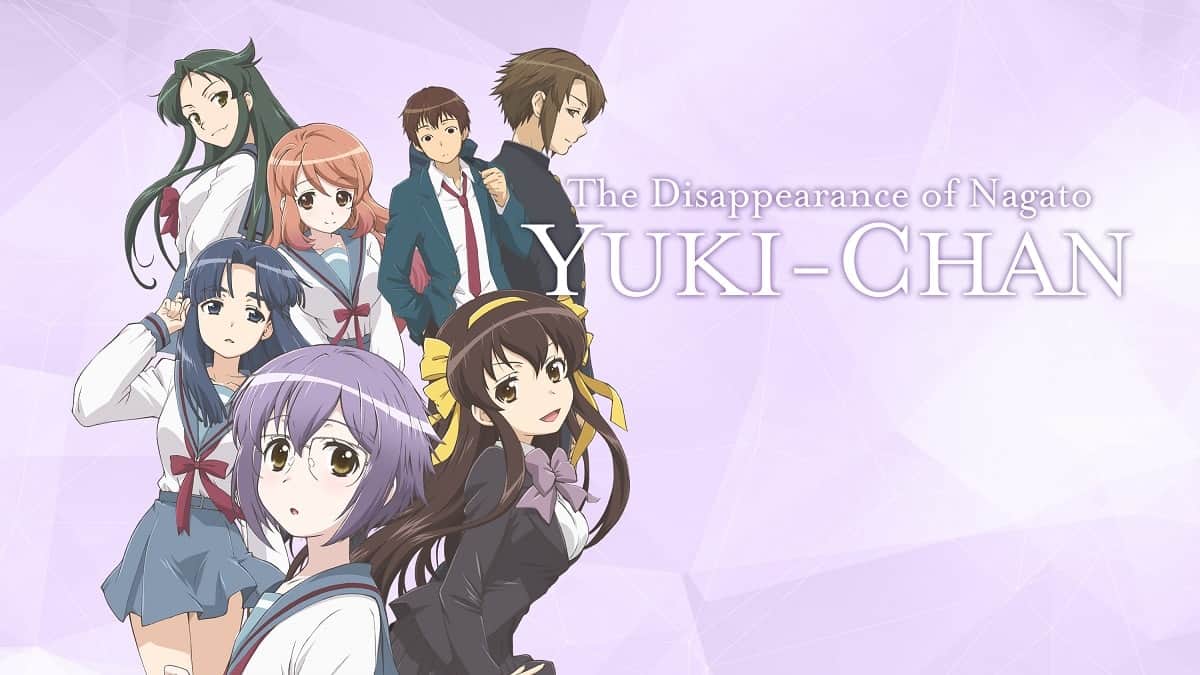 The Disappearance of Nagato Yuki-Chan is one of many spin-off series in the Haruhi universe that ran in 2015. This is the most recent anime related project for Haruhi. Was it too late? No, of course not! It’s never too late for a Haruhi project! But was this project executed properly? In our opinion, not at all.

According to AnimeMaru, the artwork was so bad that fans mistook the official cover image for a fan-art! Of course, this spin-off was animated by a different studio, Statelight.

Rant: The series (in my humble opinion) is an embarrassment to the Haruhi legacy as a whole. While it takes place in an alternate universe from the main show, it does little to represent the type of storytelling and characterization that the original series possessed. Instead, it seemed more like a cookie cutter, cliche and predictable moe mess that doesn’t do a very good job at being “moe” or funny. The suspension of disbelief is constantly interrupted with over-the-top ignorance (on Kyon’s side of the obvious crush Nagato has on him) and the incredible awkwardness of Nagato’s character which is never fully justified or expanded upon. Not to mention, Haruhi barley makes an appearance in the series anyways.

Don’t take my word for it, the reason we list this show as a failure is due to the amount of negative feedback from the community. We are (not) alone.

Yeah, we aren’t either, not until Season 3 is officially confirmed or denied. Until then, we can have some insight into the ending of Haruhi Suzumiya… sort of.

A writer on hiatus, complications with studios, a failed spin-off series, no new source material since 2011: How do all these factors stack to potential investors? It certainly doesn’t look good.That being said, there still is a fanbase hungry for some real Haruhi action.

If I had to make a prediction for a smart move on behalf of the franchise, it would be a standalone movie to get newcomers introduced to Haruhism and to revive hopes for current fans. Going 6 years without any word doesn’t mean we can officially confirm the death of the series, but it does show us a pretty dim image of the state of the franchise compared to the competition and current state of the anime industry.

Advertise with us
5959
likes / shares
FacebookTwitter