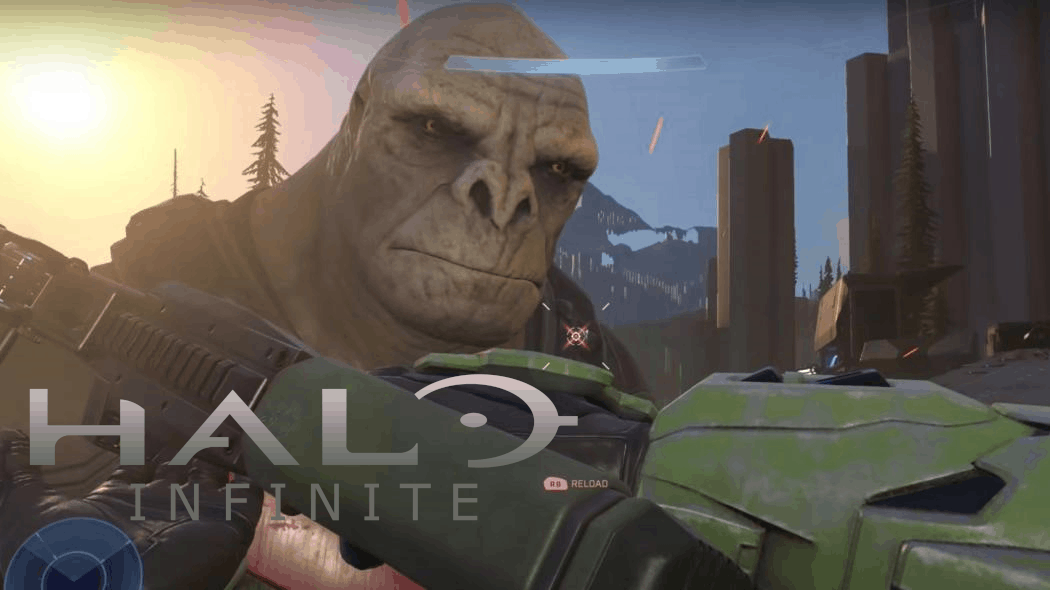 By now you have probably heard people complaining about Halo Infinite, specifically its graphics.

But why exactly did all the hype and trailers lead to this? Is this a natural reaction to over hype? Did the marketing team push the developers too hard to release an “old” build of the game? Or is Halo Infinite really doomed by an incompetent team known as 343 Industries?

A Return to “Legacy” Aesthetics

Halo is considered considered a flagship series for the Xbox, center-stage in the battle for console supremacy and one of the kings of exclusive titles.

Why do Graphics Matter?

For an open world game, and especially a game like Halo where the setting is part of the story telling, having good graphics and immersion is critical!

Toward the end of July, Microsoft showed off the new game in the franchise, Halo Infinite, at the Xbox Series X Showcase, and while viewers were pleased by the open-world elements and the return of the fast-paced gameplay, they were less-than-pleased by the visual design.

Halo Infinite is being touted at a “spiritual reboot” of the series, with the gameplay and graphics returning returning to a classic style, which 343 Industries community manager John Junyszek called, “a more vibrant palette, ‘cleaner’ models and objects with less ‘noise’, though it doesn’t mean less detail.”

Unfortunately, when fans zoomed in on some of the screenshots and paused action, they noticed that the graphics looked to be simplified, even resembling last-gen graphics.

Yeah, not really impressed by the visuals. Somebody posted a screenshot of Halo while it isn't in motion and it just looks like everything is made of cheap plastic. pic.twitter.com/wcbTCaMgsT

Many have pointed out how flat the above screenshot looks, giving it a “toybox” or “plastic” aesthetic. The models seem to lack depth and detail. Many of the designs appear blocky and chunky, barely having been adjusted from the original designs.

The environments look almost identical to what appeared in Halo 3 more than 10 years ago. In fact, below is a comparison of the assault rifle from Halo Reach, released in 2010, versus the assault rifle shown in the Halo Infinite gameplay.

The biggest problem with the seemingly-downgraded graphics stems from the game’s lighting system. Instead of “baking” in lighting, which pre-renders light sources before gameplay, Halo Infinite uses dynamic lighting, a more expensive system that, in theory, should look better.

The issue is that the demo shown to fans took place in a gloomy valley, where the sun was greatly obscured. With no ambient occlusion to light the models and environment, everything appeared static.

While 343 stands by the graphical decisions they’ve made, Junyszek agreed with some of the criticisms, explaining, “We do have work to do to address some of these areas and raise the level of fidelity and overall presentation for the final game.”

Comparisons are being made between Halo Infinite and games on the PlayStation 4, with fans citing The Last of Us Part 2 and Horizon Zero Dawn as titles which utilize amazingly detailed graphics on a console from the generation previous to the Xbox Series X.

There isn’t much time for 343 to improve the graphics, as they are closing in on their release window, but the game is still in development. Until it comes out and we can see the final version for ourselves, we can only judge what we’ve seen. And, to be honest, it ain’t pretty.

343 had released a response to the  criticism here.

Negative news spreads much faster than positive news. The average viewer is often cynical and loves to delve deep into drama. They should have seen this coming, or perhaps this is all part of a very clever rouse to get free marketing from hate on something superficial such as graphics?

Testing the physics and gameplay is much more crucial than perfecting the lighting or textures on models. It would have been nice if there was a disclaimer at the beginning of the trailer, but whatever happened, this can’t be undone now.

As a Halo fan, I am looking forward to seeing Halo Infinite succeed and I hope 343 pull through in the end!

What do you think? Will 343 be able to “fix” the game in time? Or do you like the classic aesthetic? Let us know in the comments below! Halo Infinite is set to release worldwide in Holiday 2020.