The 29th Golden Kamuy manga volume has announced via its wraparound jacket band (obi strip) that the manga has a live-action film adaptation green-lit. The manga’s official Twitter account also tweeted about the adaptation. The movie’s release date and cast details are still unknown at this point.

Viz Media is releasing the manga in English, and it describes the first volume as follows:

In the early twentieth century, Russo-Japanese War veteran Saichi “Immortal” Sugimoto scratches out a meager existence during the postwar gold rush in the wilderness of Hokkaido. When he stumbles across a map to a fortune in hidden Ainu gold, he sets off on a treacherous quest to find it. But Sugimoto is not the only interested party, and everyone who knows about the gold will kill to possess it! Faced with the harsh conditions of the northern wilderness, ruthless criminals and rogue Japanese soldiers, Sugimoto will need all his skills and luck—and the help of an Ainu girl named Asirpa—to survive. 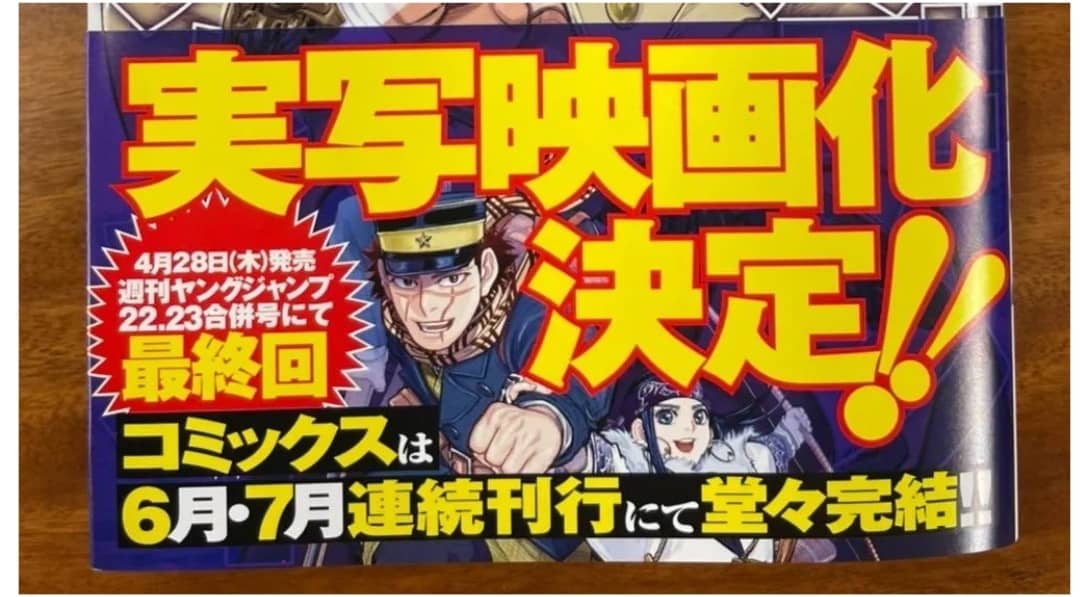 Noda launched the manga in Young Jump in 2014, and the manga will end with its 314th chapter on April 28.

An anime adaptation of Golden Kamuy began in 2018, with a second season also premiering that same year. The third season premiered in 2020, while a fourth season is set to begin in October 2022. Genos Studio produced the first three seasons, while Brain’s Base is producing Golden Kamuy Season 4.

What’re some of your thoughts on this movie?

Top 7 Fall Anime Sequels to Put on Your Watch List