It’s been some time since we have seen our boy Gohan in action. Gohan takes on new opponents in new footage from the upcoming Dragon Ball Super: Super Hero movie, which also revealed its premiere date.

New footage and a premiere date for Dragon Ball Super: Super Hero were revealed at this year’s Jump Festa. 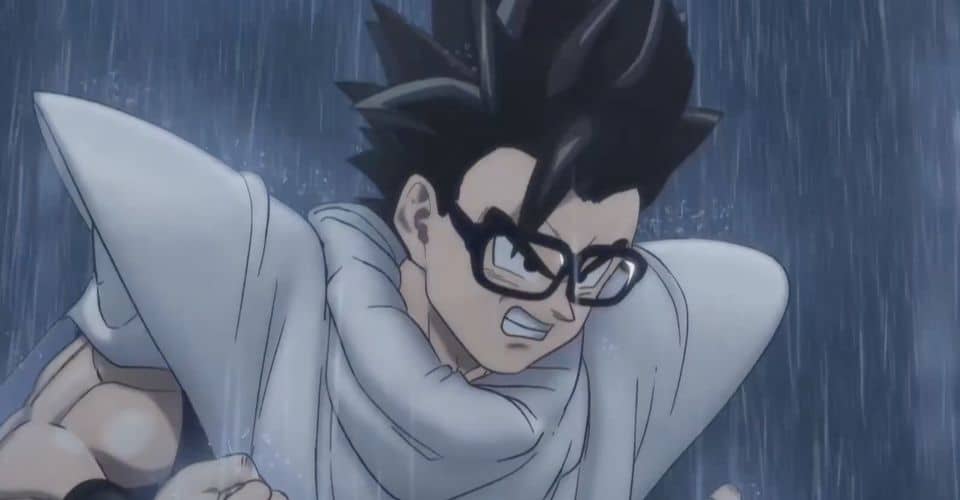 The new footage shows off a better look at the movie’s new villains, the mysterious Gamma 1 and Gamma 2. The trailer shows the duo ganging up on Piccolo, followed by another fight where the new fighters take on Gohan, who is now wearing Piccolo’s trademark white cape and wide shoulder pads. Interestingly, Gohan charges into battle while still wearing his wide-rimmed glasses. The panel for the movie also revealed the movie’s Japanese release date, April 22, 2022.

A first look at Dragon Ball Super: Super Hero was first given at this year’s Comic-Con at Home virtual convention. A brief teaser premiered at the event, showing Goku in the film’s new CG-based animation style, which attempts to recreate Akira Toriyama’s iconic hand-drawn art style through the use of 3D models and cel-shading. A full trailer was later unveiled at this fall’s New York Comic-Con, which showcased the villains of the movie and introduced two new characters, Gamma 1 and Gamma 2. The movie is set several years after the events of the previous Dragon Ball Super movie, Broly, but still takes place sometime before the 28th Budokai Tenkaichi tournament that was seen during Dragon Ball Z‘s finale.

A glimpse of Gohan’s new Piccolo-inspired costume was first seen on a poster for the movie. A better look at the cape-less version of the outfit was shown when Bandai began taking preorders for the first Dragon Ball Super: Super Hero action figures. The first wave of figures from the movie includes Goku, Piccolo, Vegeta, and Gohan, who is modeled in a purple gi reminiscent of the one he wore during the Cell Saga.

Here’s What the New Dragon Ball Anime Will Be About