5 Rarest Devil Fruits in One Piece

A new event called Shadow of the Ancients in Genshin Impact was recently released. It will provide players with 160 Primogems after the completion of the first phase.

During the event, players will need to equip a new gadget, ‘Ayesha’s Chaos Prospector,’ to find Conduction Components from four different places. To obtain the device, one must first complete the Event Quest ‘Journey to Tsurumi.’ 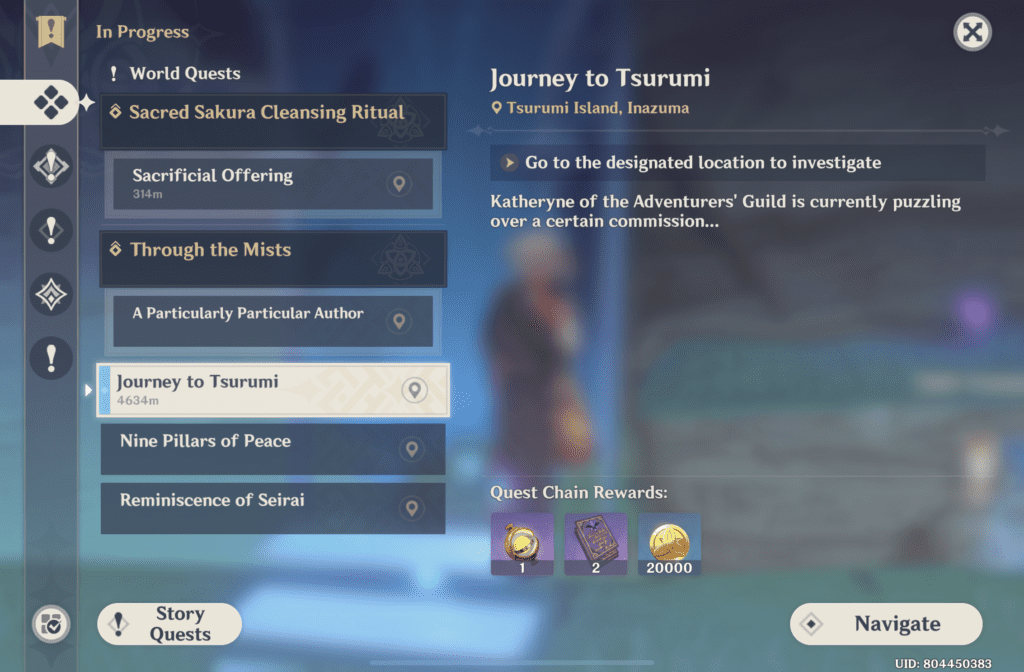 This article will guide players in completing the first phase of Shadow of the Ancients in Genshin Impact.

How to complete Shadow of the Ancients event in Genshin Impact

As with any other event in Genshin Impact, two eligibility requirements need to be fulfilled first. The qualifications are reaching Adventure Rank 30 and completing the Archon Quest, The Immovable God and the Eternal Euthymia.

Once the requirements have been fulfilled, you can start the event by completing the World Quest ‘Journey to Tsurumi.’ You can talk to Katheryne in Inazuma to start the quest. 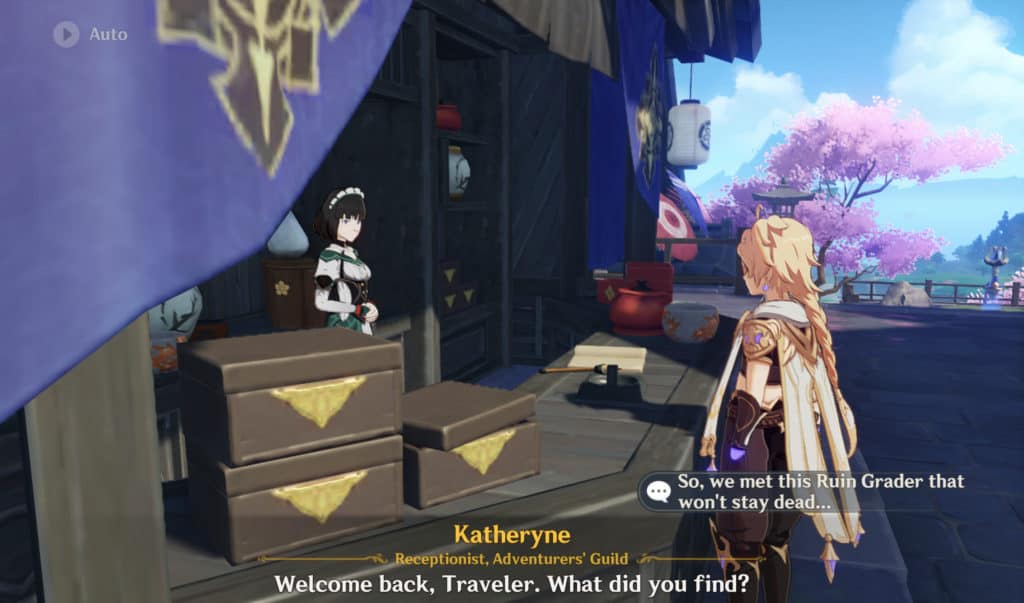 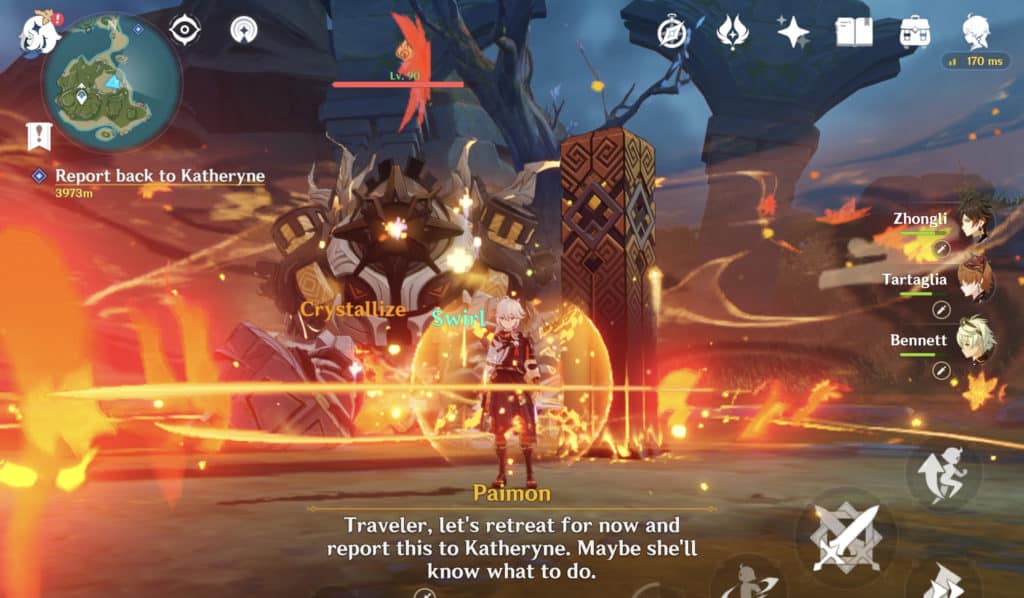 Report back to Katheryne in Inazuma regarding the strange phenomenon.

Next, follow the navigation quest and teleport to a waypoint in Ritou. Talk to Hosseini before receiving the event gadget ‘Ayesha’s Chaos Prospector.’ 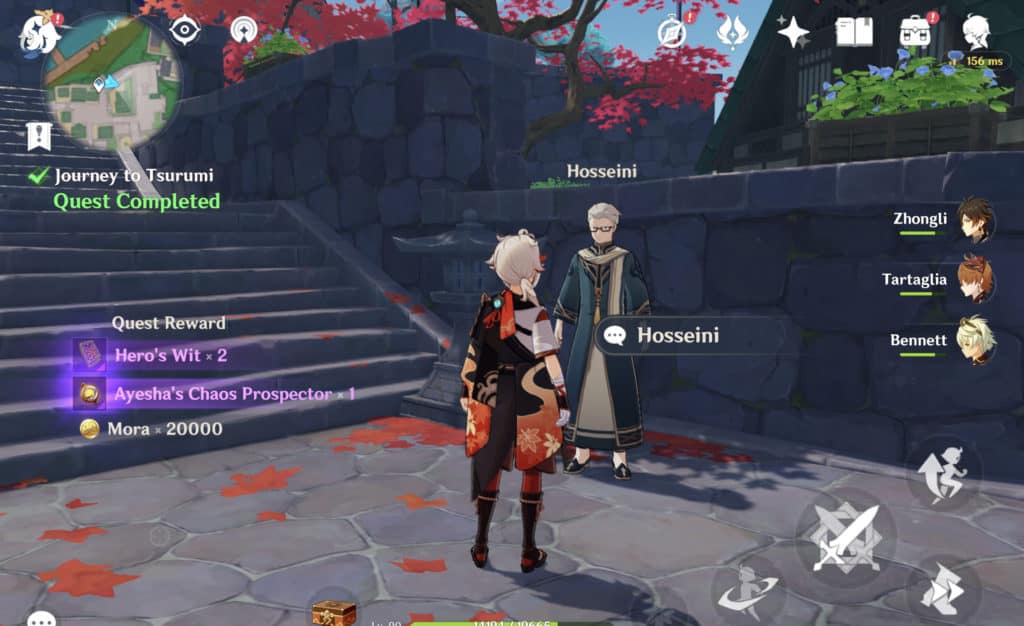 Equip the said gadget from your Inventory under the Gadget tab. This item can be used during the event but only in certain locations. Additionally, you can’t use the gadget during battle or when enemies spot you.

When you reach the event area, a Start Challenge prompt will appear on your screen. You can only use the gadget ‘Ayesha’s Chaos Prospector’ in the event area marked with a yellow circle.

Use the event gadget and head towards the direction where the gadget is pointing. Keep using the gadget when it has finished the cooldown until it discovers any survey targets within its area of effect (AoE). 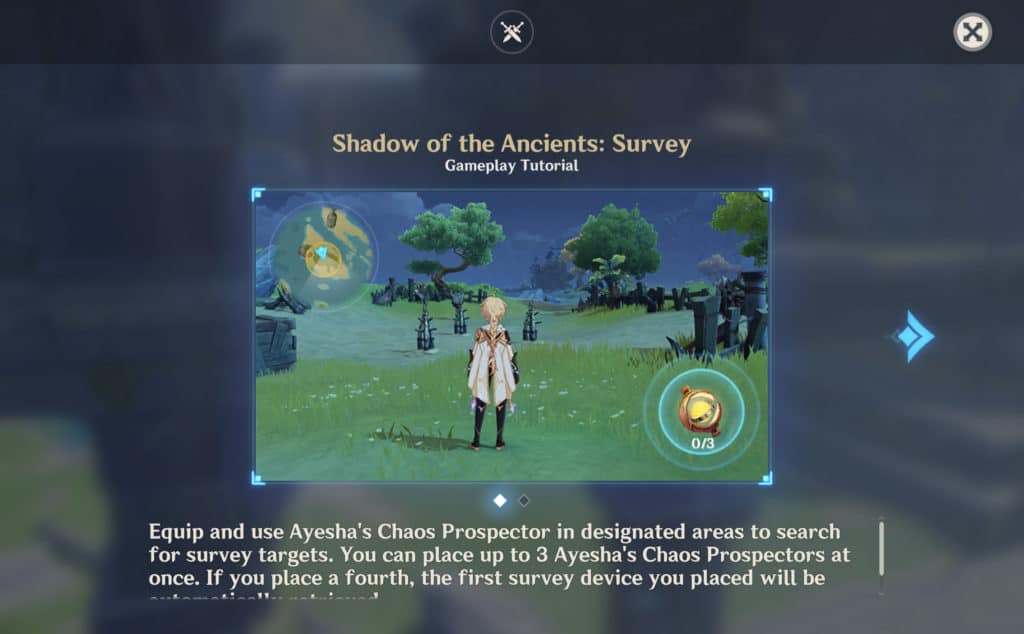 The first survey target is a challenge monument that is not active. However, the task is not over yet. Continue using the event gadget until you find the Conduction Component quest item.

The challenge will only be counted as complete once you obtain the quest item for that investigation area. After that, go to the event page and repeat the usage of the event gadget on three other locations: Yaoguang Shoal, Qingxu Pool, and Tatarasuna. 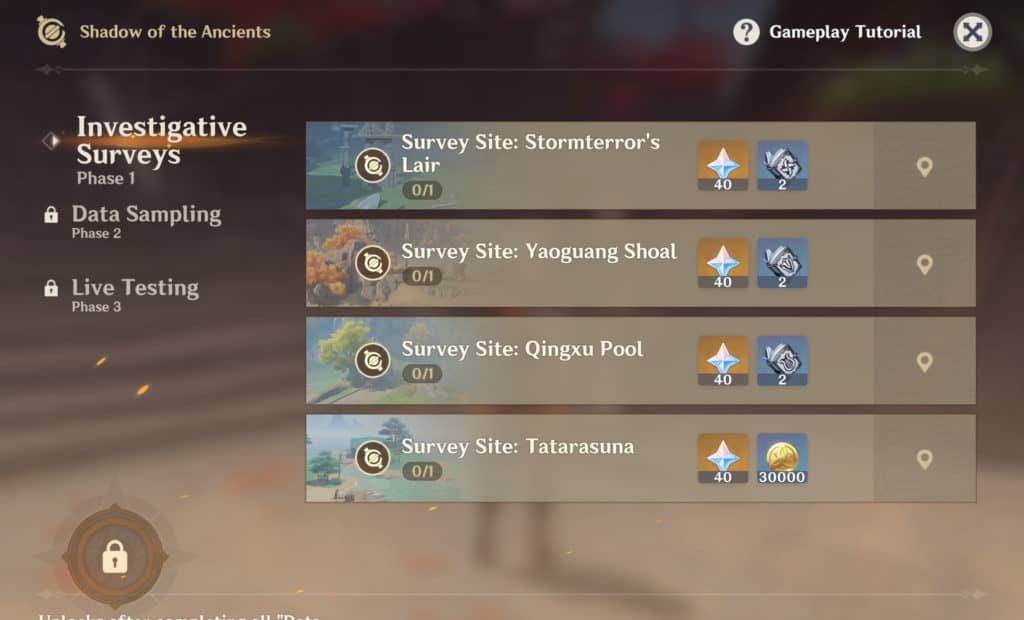 Each location will provide 40 Primogems as rewards after you find the Conduction Component. You can claim Primogems from the event page once you have completed all the Survey Site locations.

A total of 160 Primogems can be obtained from Phase 1 of Shadow of the Ancients in Genshin Impact. Other rewards can also be collected, such as Talent Level-Up materials and Mora. Aside from this event, players can earn up to 120 Primogems from another currently available web event, Yummy! Barbecue Under the Stars.

Will you participate in this event? We hope this helps you on your Genshin journey!