Onikabuto in Genshin Impact is an ascension material for the latest five-star character, Arataki Itto. Considering the sky-scraping hype surrounding Itto, it is safe to assume that many players are currently farming his ascension materials.

Onikabuto beetles are a local specialty of Inazuma and can be found on trees. Spotting them in the massive open world is undoubtedly a tedious task, and here’s a quick farming guide for Itto owners. 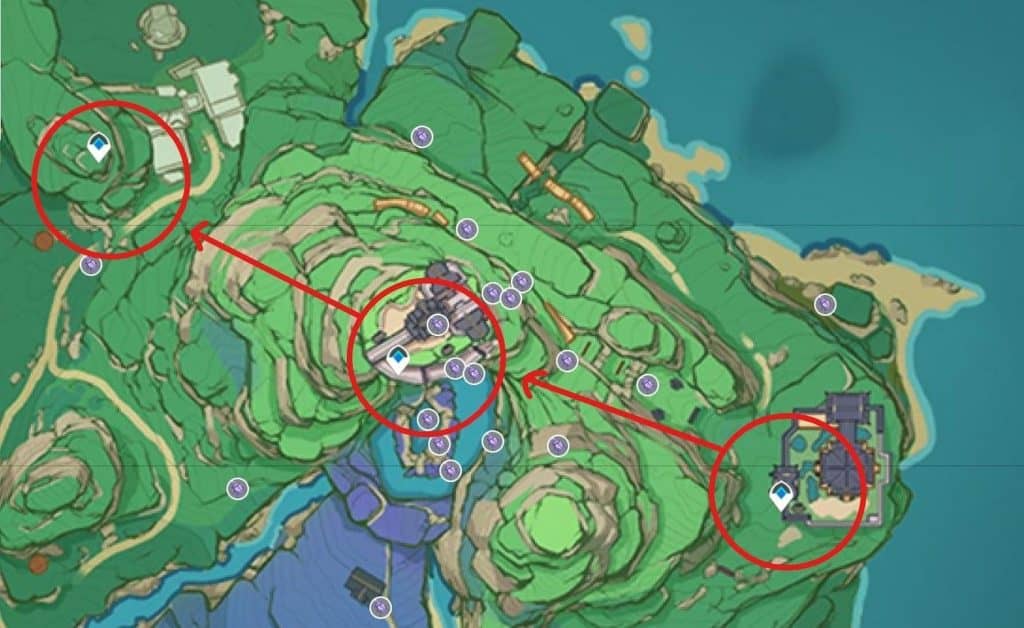 The first farming route to get the Onikabuto begins from Kamisato estate’s teleport waypoint. Thereafter, players need to reach Mt. Yogou which contains a massive amount of beetles, which can be seen on branches and tree trunks.

Players can then teleport to South Araumi and Konda Village as both locations have one Onikabuto beetle each.

Underneath the buildings of Inazuma city, players can find many hidden Onikabuto beetles. Players need to teleport to the waypoint marked in the image below and jump towards the beach. There they will find a cave that contains 6 beetles.

It is worth noting that the Shouta NPC from Inazuma city also gives four Onikabutos to players, but only once. The NPC is located down the stairs to the left of the Teleport Waypoint. 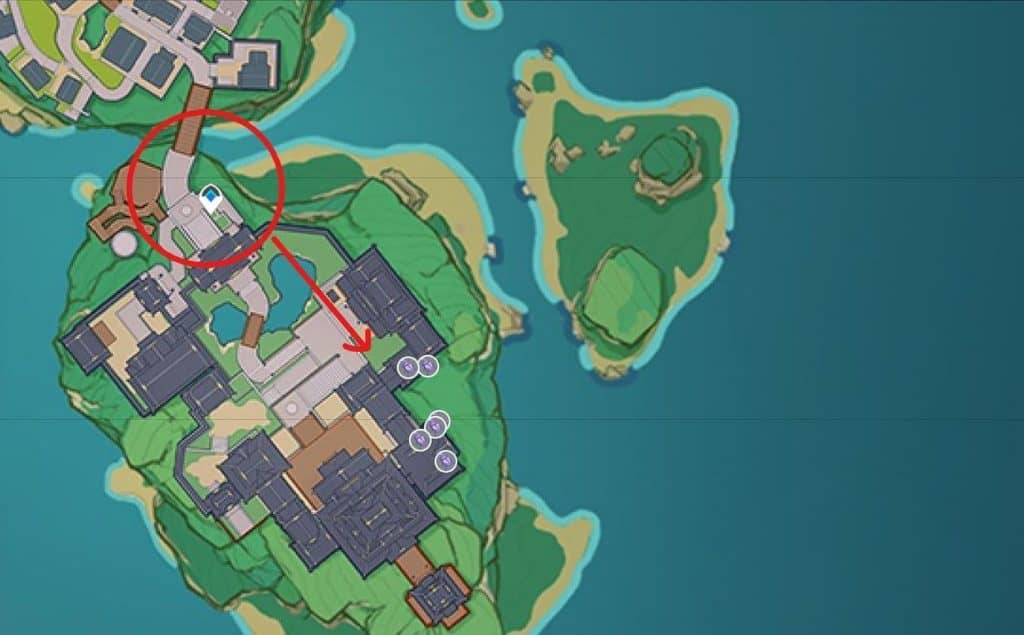 This is the longest, but most rewarding, farming route for the Onikabuto in Genshin Impact. Players need to start from the shore at Kujou Encampment and then head towards East Tatarasuna.

The North-East Tatarasuna region that can be accessed from the Statue of the Seven contains seven beetles and players can easily find them on trees.

Lastly, the southern Tatarasuna region has 11 beetles and players will have to summon Electrograna to access certain trees on this route. 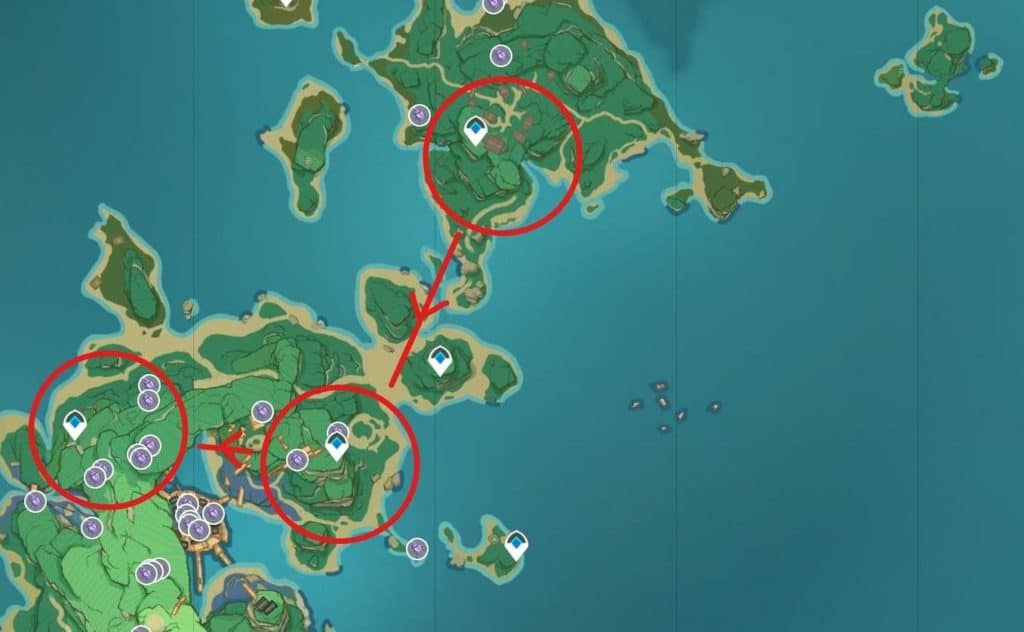 4) Jakotsu Mine to Higi Village

The final locations where players can expect some Onikabuto beetles are Jakotsu Mine and Higi Village.

The one beetle in Jakotsu Mine is located right in front of the teleport waypoint and the two beetles in Higi Village are located on branches above the lake near the Statue of the Seven. 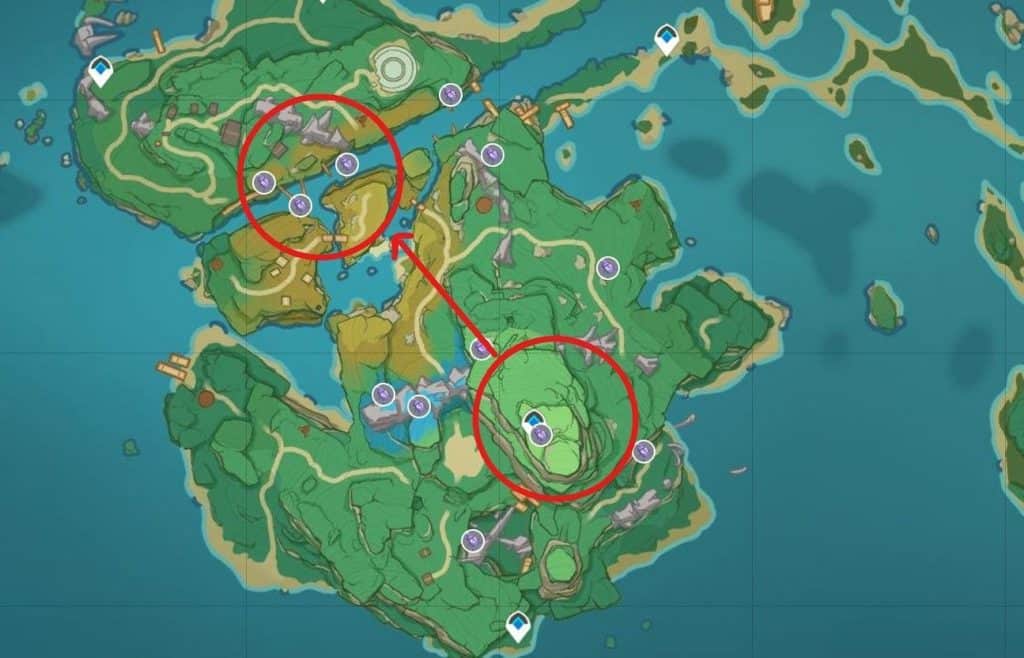 Players will need a total of 168 Onikabutos to fully ascend Arataki Itto. The five-star Geo Claymore user has undoubtedly impressed the community with his damage-dealing abilities in Genshin Impact version 2.3.