GameStop will be changing its business model to survive the future, going from a brick and mortar store to an e-commerce store.

GameStop has had it rough ever since the Xbox One and PS4 launched back in 2013. Their whole business revolves around selling physical video game copies but with the advent of digital purchases, customers have no reason to buy games from GameStop anymore. It’s kinda like when iTunes and other music streaming services destroyed big-name record chains like Tower Records.

For years now, there have been headlines about GameStop’s steady decline and how it went down double digits. But all might not be lost.

On January 11, GameStop signed an agreement with the investor, Ryan Cohen, and his investment company, RC Ventures LLC, to help with the transition from brick-and-mortar to an e-commerce site. Ryan Cohen and two other e-commerce veterans, Alan Attal and Jim Grube, will join GameStop’s board of directors.

Ryan Cohen is notable because he founded Chewy.com, a successful e-commerce site that sells pet food and a variety of pet-related products. Chewy completed its IPO in 2019, having raised $1 billion.

In November 2020, RC Ventures urged GameStop to change tactics and focus on digital sales as it struggles in an environment dominated by convenient digital platforms and good prices. In fact, despite losing $111.3 million in the second quarter of 2020, GameStop’s online sales across the world grew 800% and over 300% during the last holiday season.

According to GameStop’s latest Holiday Sales report, its digital sales made up about 34% of total company sales, so a ton of money is being made just from the digital side.

Recently, GameStop went through a crazy time as Redditors on the subreddit r/wallstreetbets bought a ton of the company’s stock and increased its value. But even before this freak occurrence, GameStop saw things change for the better.

GameStop has entered a multi-year partnership with Microsoft to advance its “physical and digital video game offerings, as well as enhance [GameStop’s] retail technology infrastructure. It appears that Microsoft recognizes and appreciates GameStop’s status as a distributor because frankly, no other retailer offers their level of consumer insight.

Even as their physical stores close, GameStop still plays an important part for vendors and the products they want to display.

‘Sponsored’ products have started to appear on GameStop’s website which could lead to GameStop having leverage over these game companies as to who gets the star treatment on their front page. 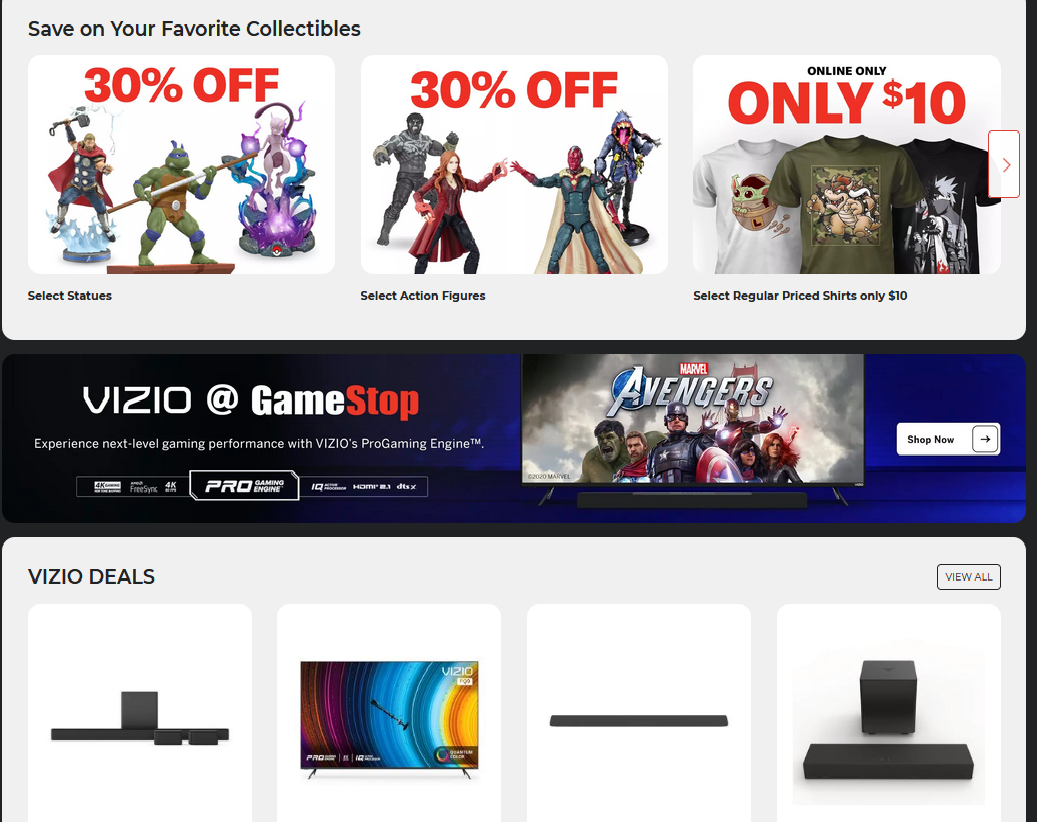 This is a website that got 45 million+ visits over the past six months, plus they sell other stuff too, like merch, toys, figures, and t-shirts.

It looks like GameStop definitely still has some value to it, so long as it gets the help it needs.

As of late, GameStop has been making better decisions.

The Microsoft partnership and hiring Ryan Cohen to help transition into an e-commerce business model seem, superficially, to be the right moves.

What do you think will happen to GameStop? Does it have a chance or will it soon go bankrupt? I’d love to hear your thoughts in the comments below.