Final Fantasy XIV has officially become the most profitable entry in the franchise.

The next expansion for Final Fantasy XIV Online, Endwalker, is almost here, and in the lead-up to the release date, the game’s director Naoki Yoshida spoke to the press about the momentous occasion. And in that same preview event, Yoshida revealed the player count has hit 24 million players.

The growth in players is significant because it grew two million in just a few months from 22 million registered players back in April. These numbers include those who registered for the free trial, which allows players to go up to level 60 and have the Heavensward expansion. Back in July, it was reported that Endwalker pre-orders went up 160% in the short time it was available.

That “not a real Final Fantasy game” a lot of people hate on, just became the most profitable game in the franchise, and will continue to be invested in for the foreseeable future. Here’s to many more years of greatness and success! #FFXIV #FF14

Final Fantasy XIV has come a long way from its disastrous launch. Yoshida remarked how difficult things were back 11 years ago with 1.0 and now the game has become a vital part of Square Enix’s success. He goes on to say that the team will spare no expense to ensure FFXIV stays a game that is loved by many.

Several key members of the Final Fantasy XIV community have taken part in the game’s media tour by showing off a large portion of the expansion. All over YouTube and Twitch, content creators showed off new locations like Thavnair and the Imperial capital of Garlemald. Fans also got to see all of the changes made to the game’s jobs as well as the two new ones, Sage and Reaper.

Fans were excited to see that Monk and Summoner got major reworks to their gameplay after years of criticism. Previews included a first look at the first dungeon in the expansion, The Tower of Zot.

The surge of popularity occurred over this past summer and even caused digital copies of the game to sell out. Major congestion issues, likes of which had hardly ever been seen before, caused Square Enix to stop allowing players to create characters. And to cope with the congestion, the team implemented a new 30-minute idle timer that kicked out players if they sat around doing nothing for too long. 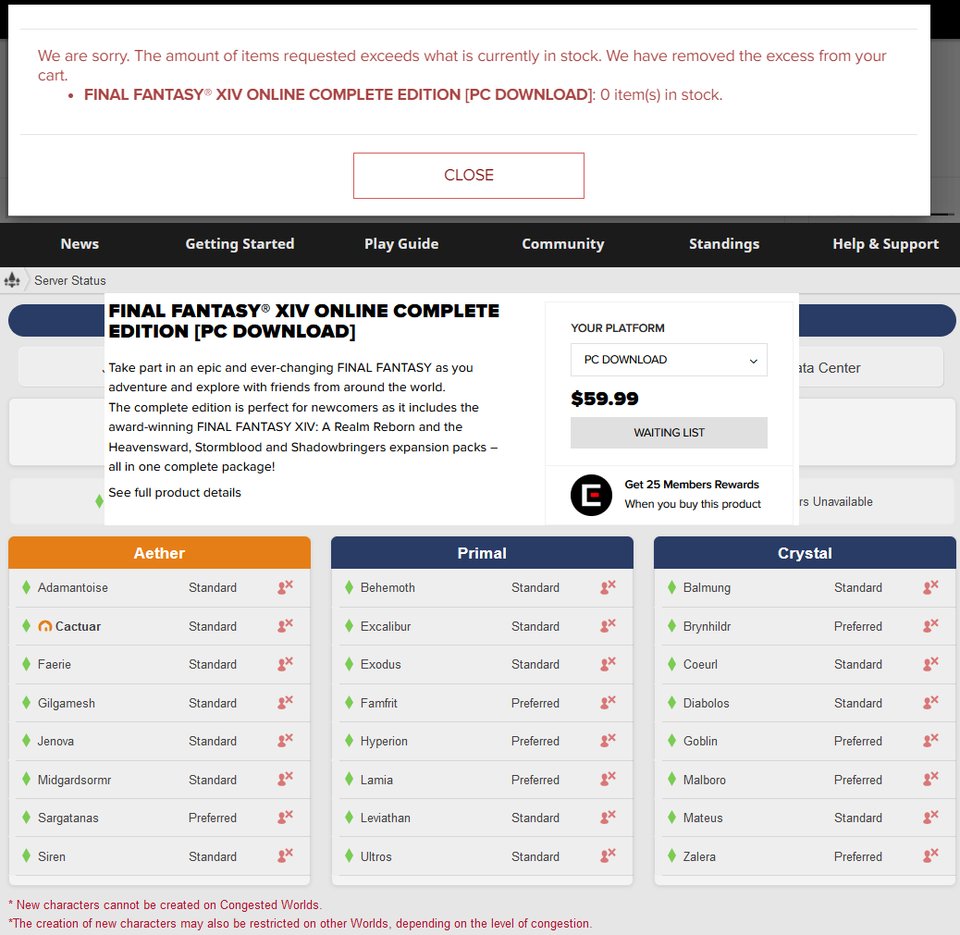 The reason for this new popularity depends on who you ask. Some will say the sheer quality of the game alone is responsible for the surge, and that is certainly a reason. Others will point out the controversy surrounding World of Warcraft caused players to migrate over here.

Endwalker will see the end of the current storyline, but that won’t be the end of the game. Yoshida says that he is looking forward to the next 10 years. For those who pre-ordered Endwalker, they will be given four days of early access starting on November 19. Those who didn’t will get to play the content on November 23.

Personally, I’m very excited for Endwalker to come out. I’m a big fan of the game and I can’t wait to get my hands on the reworked Monk job.