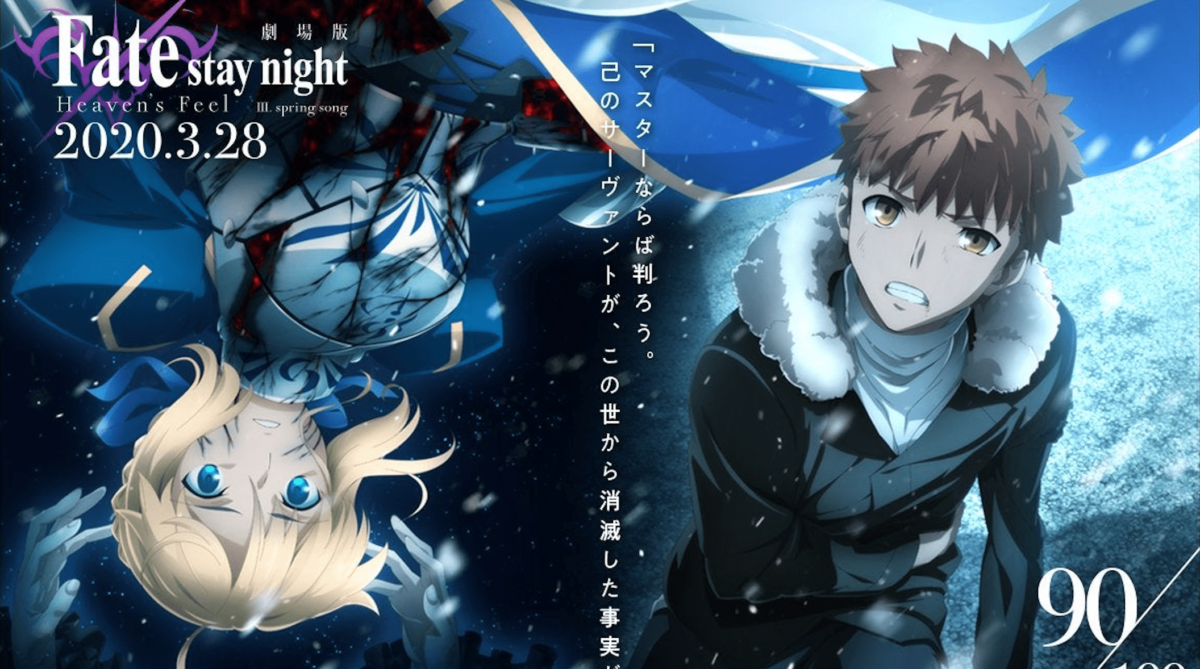 The 3rd and final Fate/Stay Night: Heaven’s Feel anime film has finally been rescheduled to premiere in theaters. The announcement was made on the Twitter account of the Fate/Stay night : Heaven’s Feel trilogy. 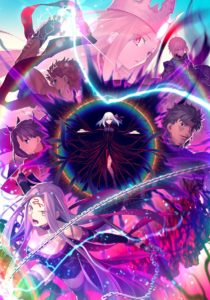 The official Twitter account advices fans who have earnestly waited for the news to confirm the schedule of Fate/stay night : Heaven’s Feel 3 which has been titled Spring Song from the theatre websites. Fans were also admonished to check for counter measures against the Covid-19 pandemic.

At the beginning of the year, fans of the Fate/stay night trilogy around the world were anticipating the April release, but it was not to be as the effects of the Coronavirus pandemic forced the movie to be postponed.

Aniplex originally scheduled the movie for March 28th before it was delayed to April 25th, from there it was postponed indefinitely as the Japanese government rolled out more measures to contain the Coronavirus pandemic. It should be noted that the new opening date will still be subject to change depending on government’s guidelines.

Spring Song will be the final Fate/stay night: Heaven’s  Feel anime film as it looks to conclude the story of the 2004 visual novel, bringing an end to almost a decade of amazing storytelling.

Fate/stay night: Heaven’s Feel which is the 3rd and final route of the visual novel prepared the way for others such as the Fate/grand order. Heaven’s Feel focuses on the origin of the holy grail war with Shirou Emiya and Sakura Matou as it’s main characters.

The movie trilogy began in 2017 with the release of “Presage Flowers” in October 2017, it was followed by “Lost Butterfly” in January 2019. Spring Song has now been scheduled to open in Japan on August 15th while it will release in other countries a few months after.

A limited edition CD with theme songs from the trilogy will be available for sale on August 19. It will also feature a music video for each song as well as have a new arrangement for the “Haru wa yuku” song by Yuki Kajiura.

The first movie – Presage flowers earned 1.5 billion yen (about US$13.5 million), with the high anticipation for the final movie, it is expected to do as well or even better than the previous movies.

As the effects of the Covid-19 pandemic reduces, more of the postponed anime films will be getting release dates, we will bring more update as we get more information.

Advertise with us
2114
likes / shares
FacebookTwitter