Kadokawa has announced that Kinosuke Naito‘s Farming Life in Another World (Isekai Nonbiri Nōka) light novel series is getting an anime adaptation! 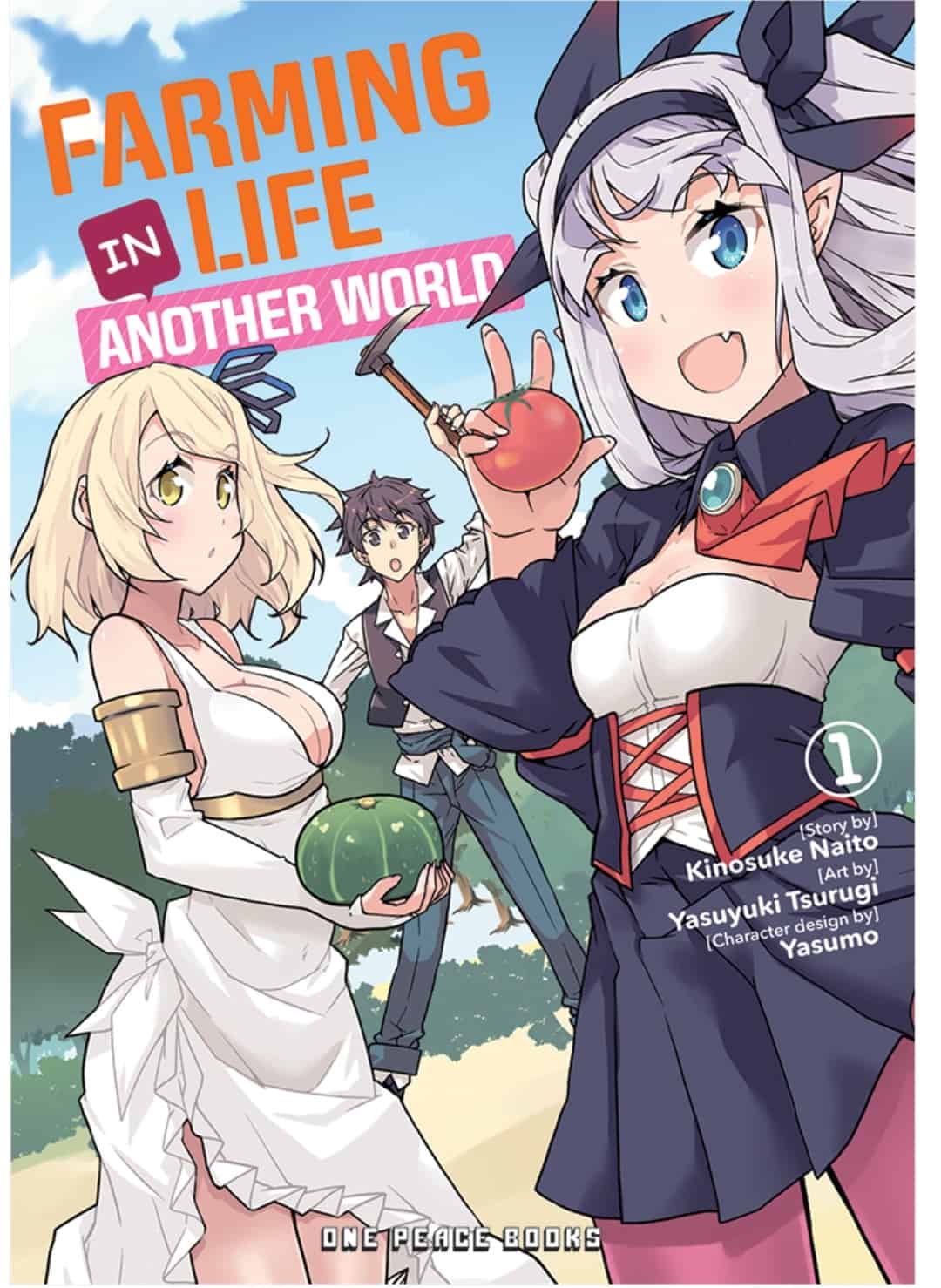 Being a farmer in another world is a breeze for Hiraku when he gets incarnated into his own laidback fantasy world in Kinosuke Naito’s Farming Life in Another World light novel and manga series.

One Peace Books began releasing Yasuyuki Tsurugi‘s manga adaptation of the novels in November 2020, and it describes the story as follows:

After Hiraku dies of a serious illness, God brings him back to life, gives his health and youth back, and sends him to a fantasy world of his choice. In order to enjoy his second shot, God bestows upon him the almighty farming tool! Watch as Hiraku digs, chops, and ploughs in another world in this laidback farming fantasy!

Farming Life in Another World is the story of the main character Machio Hiraku, who lost his life after battling an illness caused by overworking. He is reincarnated by God and given magical tools to begin his journey as a farmer. In his new life, Hiraku lives a healthy, peaceful existence working with magical creatures such as elves, angels, and vampires.

More on the Light Novels and Manga

Naito began serializing the story on the Shōsetsuka ni Narō website in 2016, where it is ongoing. Kadokawa began publishing the novels in print with illustrations by Yasumo (Banished From The Heroes’ Party) in October 2017 and will publish the 12th novel on March 31. Tsurugi launched the manga in 2017, and Kadokawa published the eighth volume on September 9. The novel series has 2 million copies in circulation.

If you liked this news, we always have more for you!

Advertise with us
464
likes / shares
FacebookTwitter