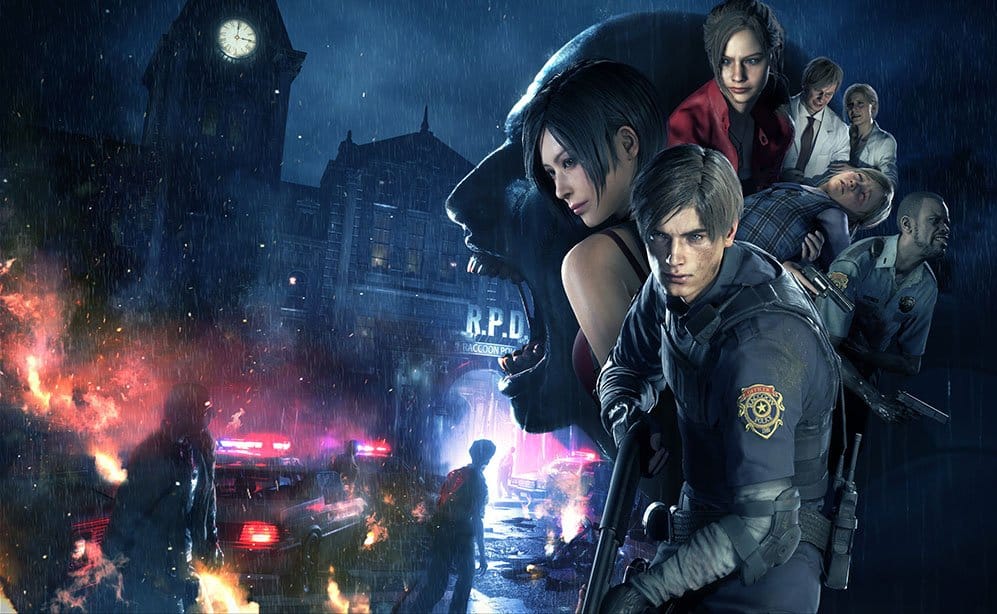 The series that keeps on giving. Sometimes it’s a chocolate cake with more dark chocolate inside it. Other times it’s a cake that looks a lot like chocolate but it isn’t one, it smells bad and they want you to eat the entire thing in one gulp.

This is the lowest of the low for the Capcom. One thing for sure, Capcom really trust their developers to a degree, which is uncommon in the gaming industry. Capcom knew that this game was a big pile of burning trash, and gave it a green signal to put it out there. That goes on to tell you how lovable it is to work for the Capcom.

They’ll always have your back on any shit that you pull out of your bottom.

This game truly feels like it’s made by the zombies of previous games. Because the gameplay is downright atrocious. The character movement is a clear extraction of what a zombie sees through its eyes.

Here is another hidden failure that nobody remembers. I’ve played this game, you should too if you always wanted to play a headache simulator that takes place in a zombie world and wanted the headache to last more than 10 hours.

It would be so much better if they had made the entire game about raccoons in Racoon city.

The most annoying thing about this game is the animation of the characters. They all walk as if they are crossing a mud puddle in every step of the way.

This is one of the best selling re series. Capcom had a weird habit of attracting a newer audience. They do that by throwing away everything that made their game a stand out among the cliches. To accepting the cliches if that can get them the newcomers.

This one doesn’t deserve all the hate it gets.  This game is basically a better version of resident evil 4 with much more emphasis on the story of the original game.

Which was bad. There is always gonna be people who don’t care about anything in life than the people who do. I’m pretty sure when I say this, there are few people living on this planet who plays a resident evil game to find out the next chapter of T  or V or S Virus.

I loved the game mechanics although the item management in the game is flawed to another dimension. The combat with the guns and melee attack felt, to quote resident evil 6 default co-op word “nice!”

In an alternate universe, this game is the true Resident Evil 6. You can tell by just playing the first ten minutes of the game. This game will make you feel like Batman. Especially, when he was in the ally with his parents.

The game is really hesitant on the ammo department. And its first in the series to introduce a dodge mechanic. Which tells a lot how the game wants to be played. You’re never gonna clean the house, it’s always gonna be stick one led and run to another dead meat to stick led with.

The best example of not adding anything from the resident evil story, just getting through the game with less ammo and simple storyline with unique characters.

There is no alphabetical virus outbreak that you have to prevent. None of that! The game follows the same route of silent hill 2. It’s you living happily in your world then you suddenly get a call from your wife. after three years of sticking missing posters of her on the street lamp. She wants you to come over there to rescue her but not really. You go there to see what happen next.

The gameplay simply picks up the game after the story leaves for another cutscene. This game introduces a whole new animation of an opening door, inventory management and the idea of interaction of every object in the game to find some loot inside the object.

Characters felt real, movement felt real, boots stomping on the floor felt real, Licker licking your insides through your mouth felt real, the soundtrack felt real. The zombies you see in this game is not your average run in the mill you see in a zombie-like game.

In real life, you’d avoid them as best as you can rather than jumping into the middle of hordes of zombies with your machine gun. Resident Evil 2 makes zombies feel scarier again. They are not there for you to kill, they are there to kill you

After playing this game, I kinda grew a stereotype that all giant man with top hat punch woman if they got in their way.

Tank controls, fixed camera, terrible dialogues, awful bad guys and spending ten hours with the master of lock picking. All that and I still love it.

These games may not have over the top graphics or carefully made cutscene But these games nailed the environment design with a great soundtrack to back that on and the maze-like levels filled with puzzles for you to solve. I always perceived earlier part of resident evil as a puzzle-solving zombie game rather than a survival horror.

Enemies do take the center stage, plenty of times you’ll find yourself asking will the key of armor open this key of shield? Both serve as protection.

The best game ever made. I’ve finished it over 57 times. All the level design feels somehow new after my 58 runs. The game acts just as an average player would act to a game series. It doesn’t take itself too seriously.

In what game, you’ll see a midget dressed up as a fancy europian aristocrat trying to kidnap daughter of president of united states again?

Which make this game funnier as you go along. Weapons, Upgrades, Enemies, Environment, Stages, everything to send your right hand off.

Advertise with us
23
likes / shares
FacebookTwitter