In a recent live stream celebration for the one-year anniversary of Evangelion: 3.0+1.0, Hideaki Anno, series creator, appears to have called it quits for him and Neon Genesis Evangelion.

The special live stream event held a fan Q&A section with questions straight from Anno’s mouth and some people asked him about the future of Neon Genesis Evangelion. People wanted to know where the series will go after the solid conclusion of the final Evangelion movie. And it seems that Anno is firmly stepping away from his series.

You can read the answer Anno gave on the official Evangelion Twitter account, but when asked if this is really the end, Anno replies that he’s already ended three times and thinks it’s okay to move on. Coming from the creator himself who spend the better portion of two decades devoting himself to the series, I think it’s a justified feeling. Personally, it was a surprise when the movies started coming out after such a conclusive series finale, but we got a decade-plus of Eva content.

But Anno did say the series isn’t ending for good as he’s open to letting other people come in and continue Neon Genesis Evangelion with their own related stories.

In that live stream, Anno pointed out that people are already making unique Evangelion films like the short movie Evangelion: Another Impact that came out for the Japan Animator Expo project in 2015. You can watch the short movie on YouTube; it’s around six and a half minutes long. According to the movie’s description, it’s about a mysterious Eva unit known as Unit Null breaking free from its confinements and going crazy in the ruins of what I assume to be Tokyo-3. 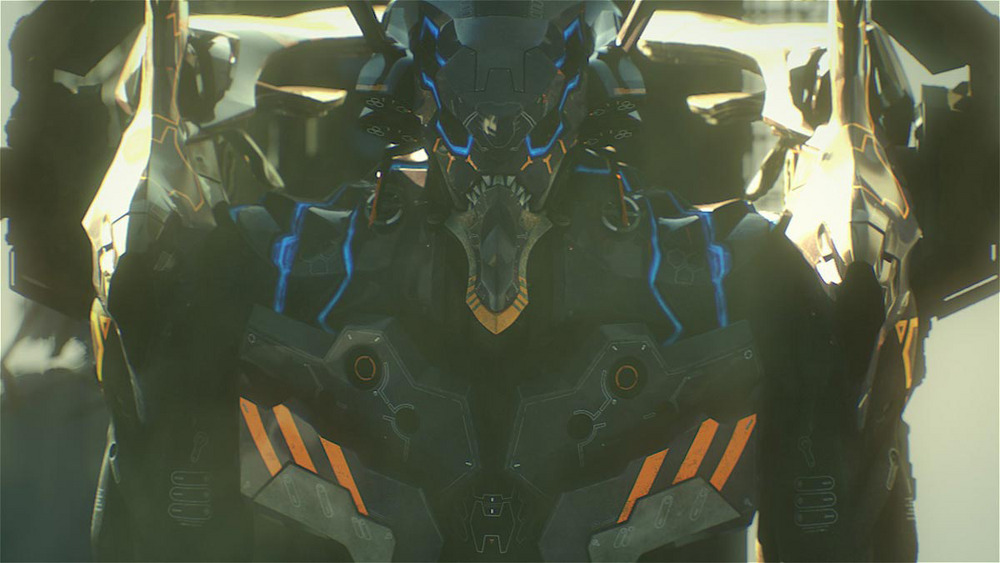 There are no official subtitles, but there are fan dubs. Although I don’t know how accurate they are. The movie is more of a tech demo as there’s not much story to be had. And Unit Null looks like a redesigned Unit 01, but scarier looking with sharp teeth and constant roaring.

There’s more to the project besides Evangelion as it consists of 36 episodes from different anime animators. Anno was the executive producer and had Hayao Miyazaki create the logo.

The only hint that we have for the series’ future is an interview that Anno had with entertain website Collider where he expressed interest in exploring the 14-year gap in the story. In between the second and third movie is a gap of time that Shinji didn’t experience and was sealed away. It takes place after the Near Third Impact that nearly destroyed the whole world.

Mari Makinami Illustrious’ voice actress Maaya Sakamoto said that she knows about her character’s mysterious backstory, but she won’t reveal what it is until Anno gives her the green light. Plus, there’s also going to be a major collaborative project between several Japanese studios that will bring Evangelion together with Ultraman, Kamen Rider, and Godzilla.

But the details for that major collab are kept secret for now. We don’t even know just how involved Anno is in this project and if this is him giving the reigns to someone else.