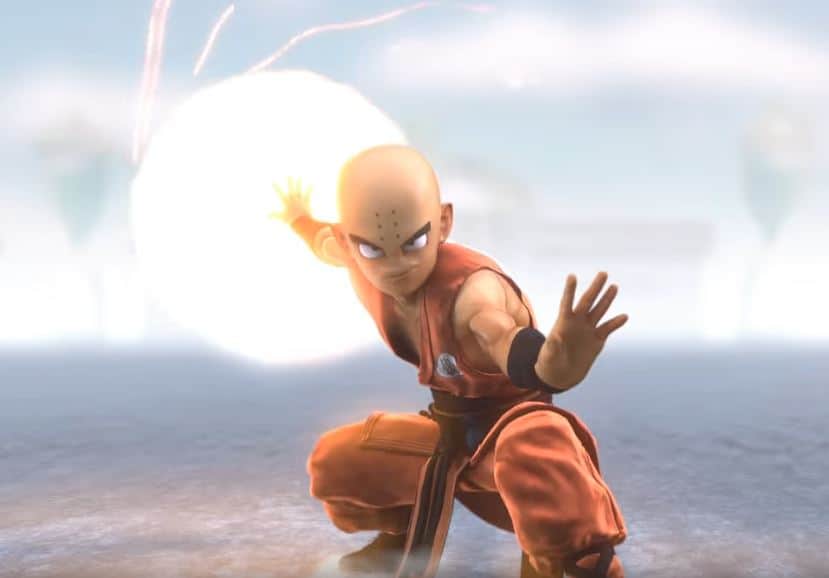 If you are one of the millions out there waiting for a good Dragon Ball Z movie. The one that doesn’t include a white guy with a spike hair and a full-haired master Roshi. Then the wait is over!

A brand new 3D Dragon Ball Z movie is in the works. The animation design looks absolutely stunning as you would expect in a multi budget movie. The 3D characters have more expression on their face than the cast of  Dragon Ball Z: Evolution.

The reason why I said that – ‘as you would expect in a multi budget movie’ because it is being done by a fan club over on youtube.The team is called   DBZtribute. This teaser shows Krillin as he trains in Hyperbolic Time Chamber. The fluid animations make the whole scene look more awesome than it actually is. The video points to Krillin as he slowly walking towards to point ‘X’. Where he is gonna show off his skill and he does it by powering up for a good old Destructo disk.

Then he releases the Destructo Disk.

This teaser has dragon ball fans excited like when they announced the game Dragon Ball FighterZ. Here are  some of the reaction from fans:

If you haven’t subscribed to their channel. Then what are you waiting for? Help these artists, give them the support that they need to make this wonderful movie happen. Their project site reads, ”Here’s to the greatest action cartoon on the planet.”,  “A worldwide team of dedicated industry professionals has come together to create a CG animated sequence in tribute to Akira Toriyama’s Dragon Ball Z. Really awesome stuff. Coming soon.”

They haven’t dropped the release date of this movie yet. Hope they do it soon because someone is finally reviving the series with better treatment to their characters, style of fighting all the while keeping the originality to the storyline.