Where Does Anime’s Obsession With Robots and Cyborgs Come From?

Dr Stone improves on an already solid first season. That being said, this review contains a few spoilers.

Dr Stone anime is based on Boichi’s science fiction manga and produced by TMS Entertainment. This second season is titled “Stone Wars”, highlighting the conflict between Tsukasa and Senku’s kingdom of science.

After watching the first season, it is clear that this anime’s main goal is to showcase how powerful and cool science can be. With a storyline so simple, there is not much to expect in terms of plot twists but this does not detract from the thrill that this anime brings. 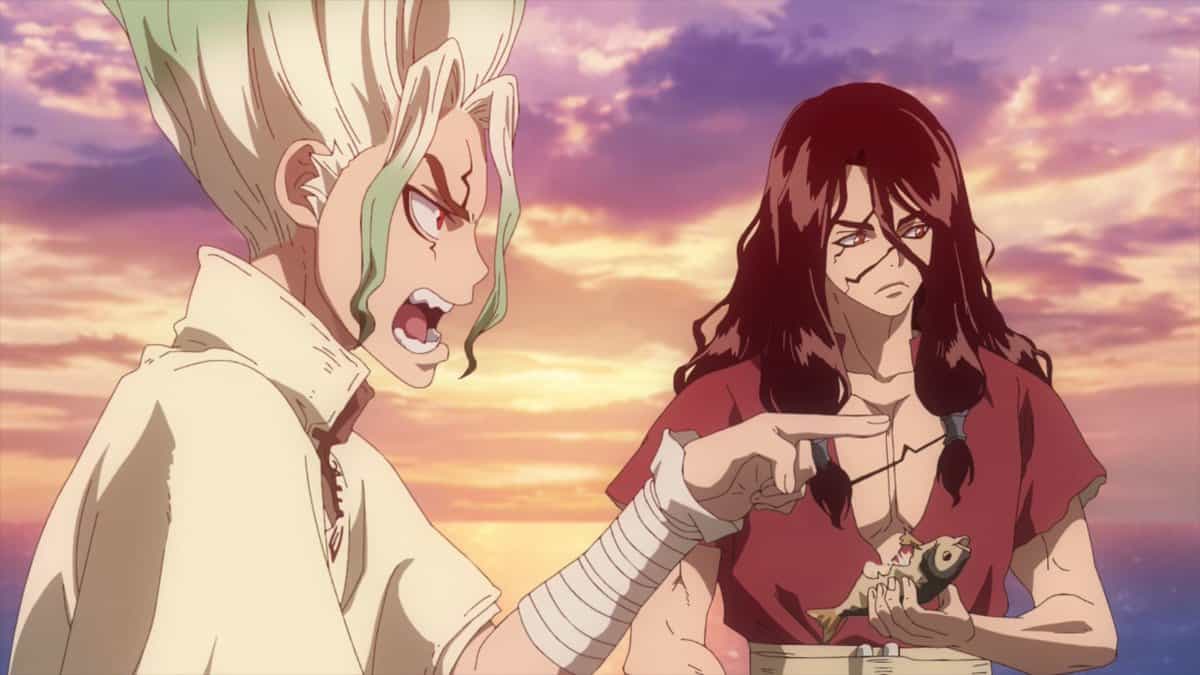 With the first season being 24 episodes long, it affected the production process as quality declined and some episodes seemed kind of irrelevant.

However, this second season improves on the first season while also correcting the wrongs from the first season. “Stone Wars” has 11 episodes and while this is considerably shorter, it allows the production to maintain a consistent level while being relatively better.

Dr Stone: “Stone Wars” deals with the conflict between our protagonist, Senku, and his allies from Ishigami village as they go to war with Tsukasa Empire. This allows us to go deeper into Tsukasa territory than we did in the first season, opening up a world of new characters. 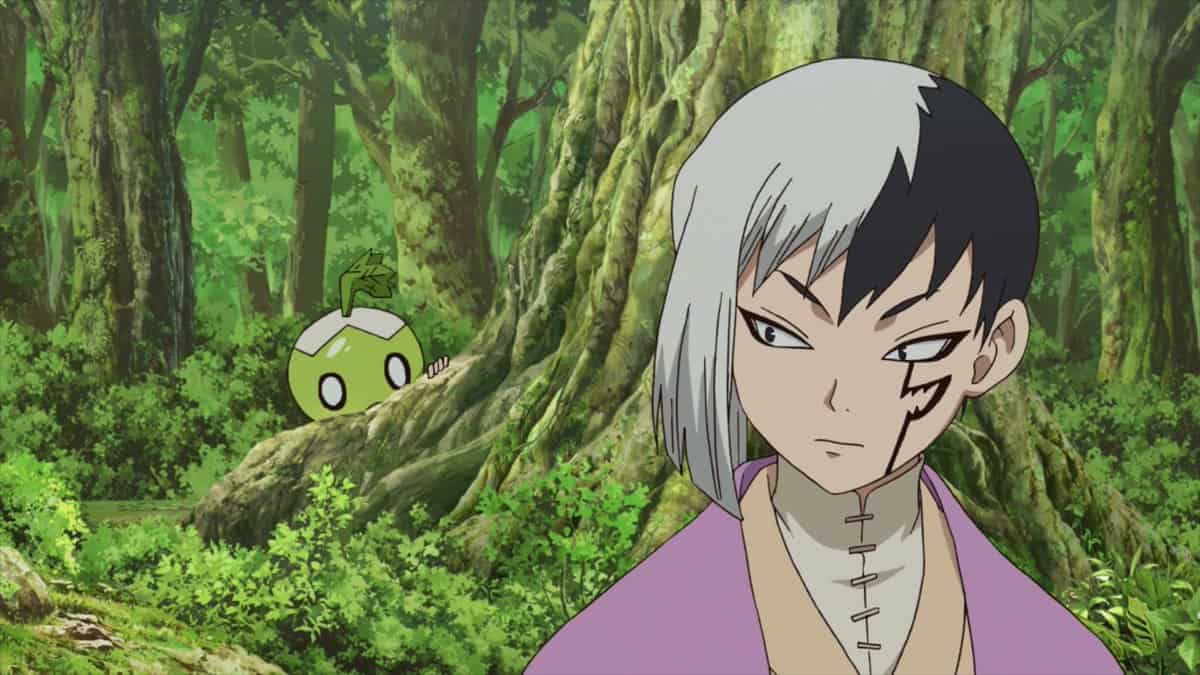 The new characters in this season, like Ukyo, are unique and play pivotal parts in moving the plot forward. Senku is still his usual unrealistic self but Asagiri Gen is a joy to watch in this season.

His imitation of the “popular artist” will go down as one of the best scenes of this season.

The war between Senku and Tsukasa is resolved rather cheaply, nevertheless, the lessons and inventions that needed to be brought to life are successfully rendered– ensuring that this season was as entertaining, if not better, than the first.

This also led to the arrival of a new but important character (Tsukasa’s sister).

Animation, Art, and Sound on Point

The animation is consistent and at a higher level compared to the first season. The fight scenes and explosions are well animated, the cracks on the faces are profound, and the natural landscape is wonderfully created. The art style is still Boichi’s regular hit-or-miss art.

Dr Stone “Season 2” excels in the sound category; the opening and ending songs are terrific and the soundtracks used in the anime are soulful, adding a layer of beauty to this anime.

With the pacing being better than that in the first season, “Stone Wars” comes to an end in a hurry after inventing modern scientific tools in a post-apocalyptic world and resolving the dispute between a scientist and the strongest primate.

Dr Stone is not done yet, though, as we now head to the age of exploration.

Advertise with us
148
likes / shares
FacebookTwitter