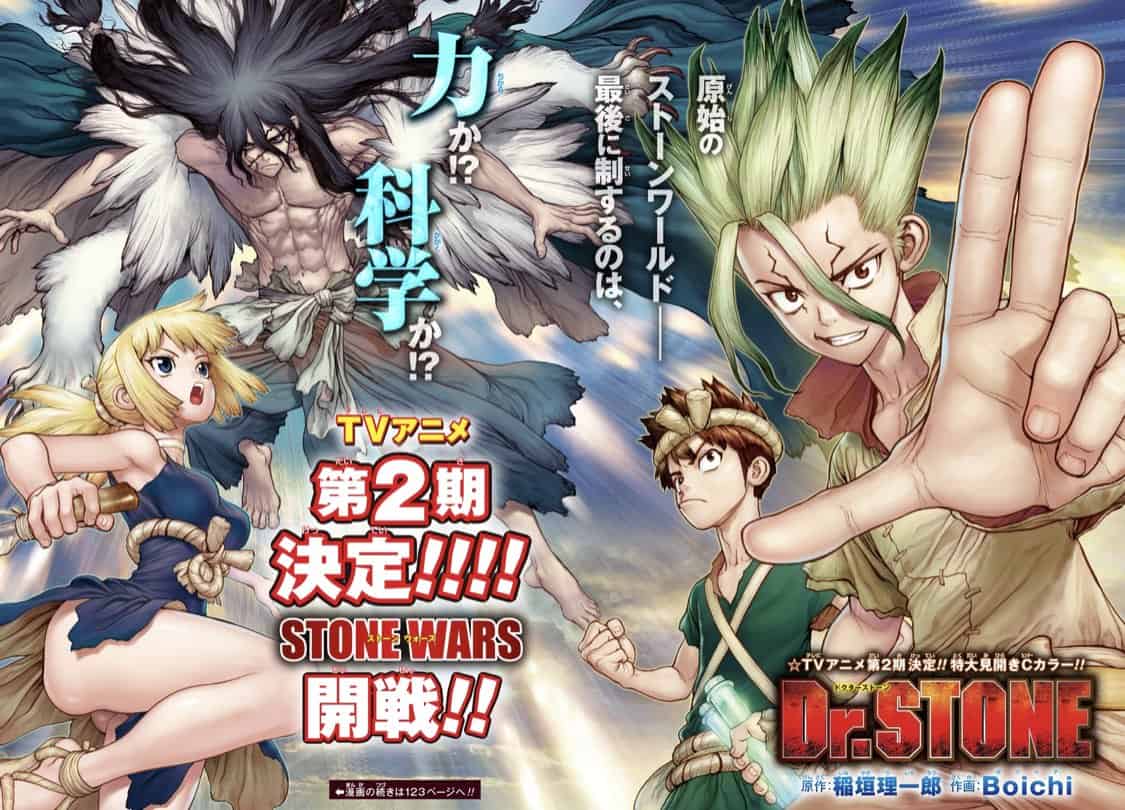 Dr Stone, the post apocalyptic shonen manga and anime will be getting a second season soon, the 16th manga volume of Dr stone has announced that the season 2 of the anime will premiere in January 2021. This is way more earlier than we expected, as fans generally felt the Coronavirus pandemic might have affected production. 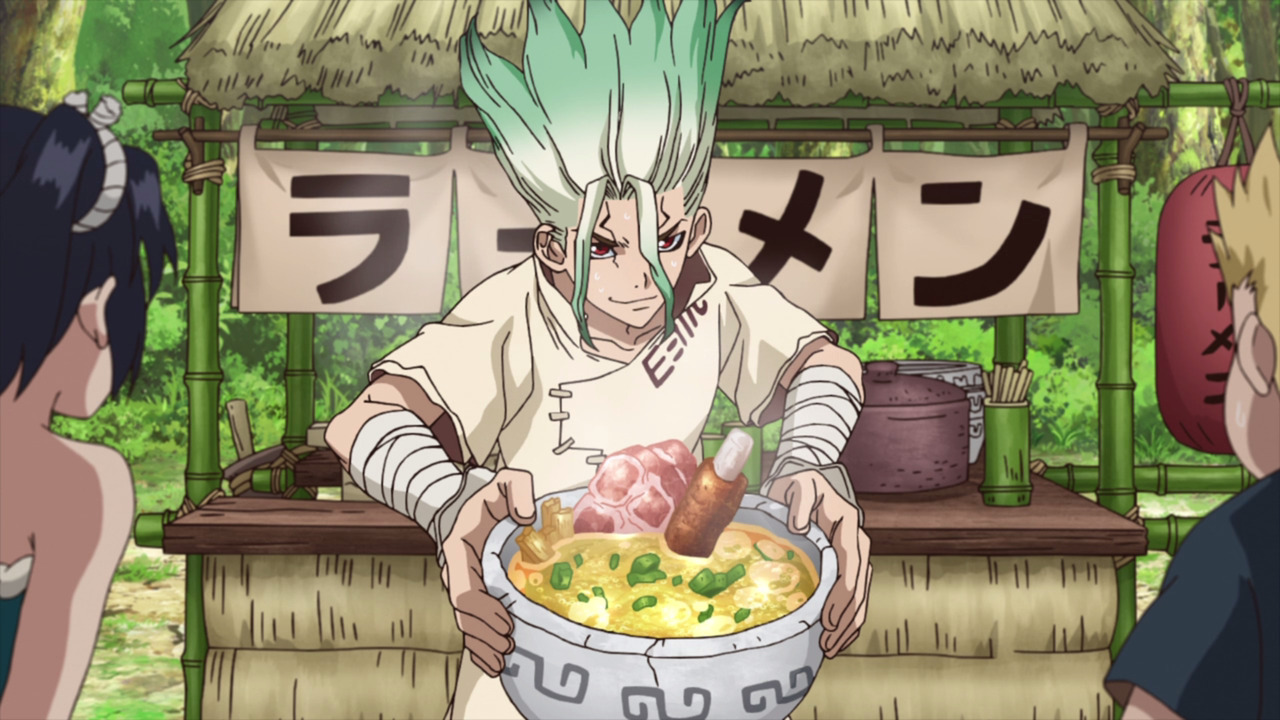 The coming season has been titled Dr Stone : Stone Wars, it is expected to adapt the stone war arc from the manga. The first season ended with a build up to the imminent war between Senku’s kingdom of science and the Tsukasa empire of might.

Season 1 of Dr Stone consisted of 24 episodes which ran from July 5 – December 13, 2019. If the 2nd season reaches up to 20 episodes as well, we can expect a very detailed adaptation of the stone wars arc.

The Trailer for the “Stone Wars” has been released, seeing what to expect from the next season has sent fans into a frenzy on social media. Dr Stone: Stone Wars will be fought in a winter setting.

Due to the winter weather, our favorite characters will be getting new character designs as they now have to wear thicker clothes. A reveal has been made of Gen Asagiri’s outfit, I love it and what do you think?

Dr Stone is set in a post apocalyptic world, 3700 years after the gentrification of the human race. It is now left for the scientific genius, Senku Ishigami to revive the world and bring mankind back to its glorious civilization.

Amidst the comedy and adventure in Dr Stone, we get to witness Senku invent a lot of amazing things in the 1st season, now moving to the second season and the war it brings, fans are waiting with fervent enthusiasm to see what Senku invents this time around and how they help him win the war.

Dr Stone manga is written by Riichiro Inagaki and illustrated by Boichi. It was launched on March 2017 in Shueisha’s weekly shonen jump magazine. The anime was ranked as the 8th most watched anime on Netflix in Japan last year.

While the 1st season had a slow build up, I doubt that will be an issue in this forthcoming season as the war is expected to kick off right from the beginning, if you haven’t seen Dr Stone then now is the time to begin your weekly dose of nerdy scientific humor laced with a bit of action. More interesting arcs from the manga are on the way!

Advertise with us
857
likes / shares
FacebookTwitter