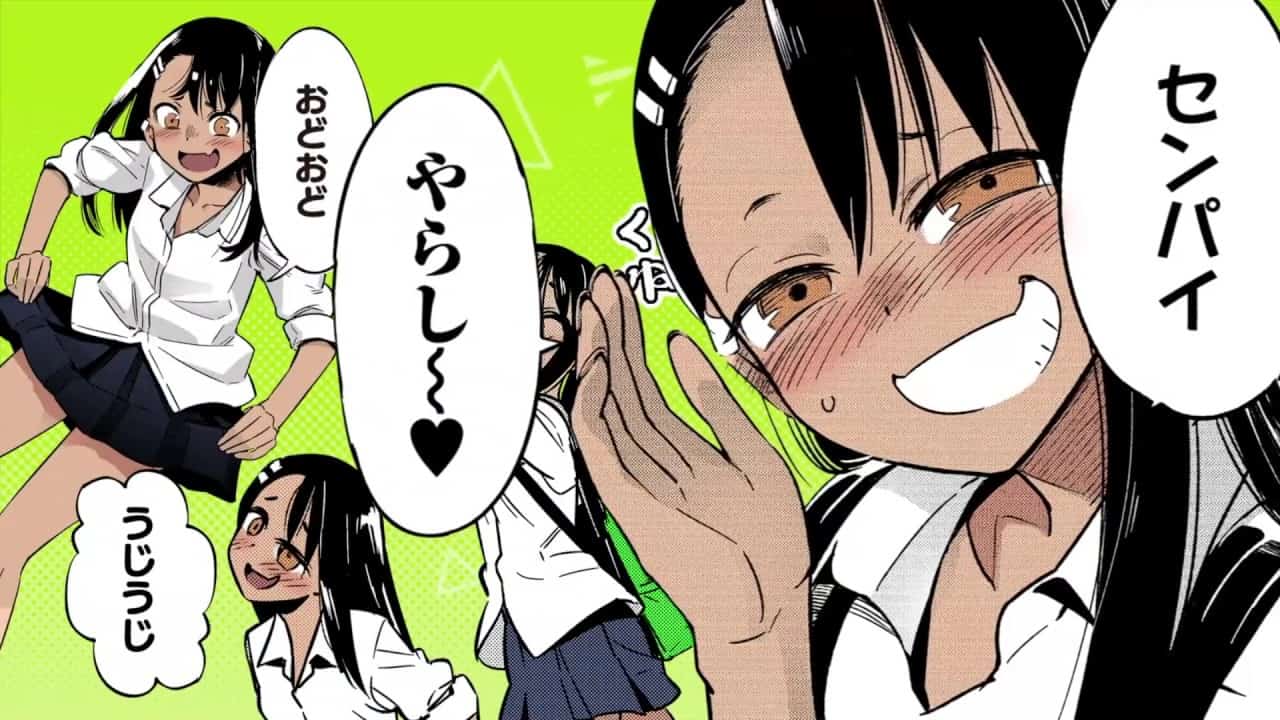 The popular romantic comedy manga – Don’t Toy With Me, Miss Nagatoro by Nanashi has been confirmed to receive a TV anime adaptation soon. The announcement was made by a new website and new Twitter account opened for the anime.

Nanashi’s Don’t Toy With Me, Miss Nagatoro manga series first began as a short comic on Pixiv, a Japanese art community website. The web manga began serialisation in 2017. A visual which revealed some cast and lead staff was also released, The best of Nagatoro’s flirty sadistic side would soon be seen on TV.

Nanashi’s manga began serialisation in Kodansha’s magazine pocket website in November 2017. The anime television series will be adapted by Telecom Animation Films, as they aim to bring the flirty and mischievous Nagatoro to life in anime form.

The talented and popular voice Actress Sumire Uesaka will voice Nagatoro. Sumire is well known for her works as Sanae Dekomori in “Love, Chunibyo and other delusions”, she also voiced Kyrie Canaan in “Final fantasy VII. The voice actor for the senpai to be tortured by Sumire has not been announced yet.

Among the staff involved in production is Hirozaku Hanai who was the assistant director in the just concluded season of Tower of God, he will be the director of Don’t Toy With Me, Miss Nagatoro (Ijiranaide, Nagatoro-san).

Taku Kishimoto will be in charge of the scripts, as his experience from Haikyuu will be very vital. Miami Suzuki will design the characters while Gin from “Pop Team Epic” will compose the music.

Sumire Uesaka has this to say concerning her character Nagatoro san : “When I first saw Nagatoro for the first time, I was shocked by her devilishness, but I was shocked again also by her sudden cuteness. I’ll do my best to express her various charming aspects”

Kodansha releases the manga in both Japanese and English, The eighth compiled volume will ship in Japan on July 9, and Vertical will publish the fourth volume in English on August 25.

The story centers on an introverted Male student, who is teased and tormented by the younger Nagatoro, however behind all her mischief might lie deeper feelings of affection.

This rom-com is highly needed and it will be amazing when it finally releases but sadly there is no release date for now.

Advertise with us
306
likes / shares
FacebookTwitter