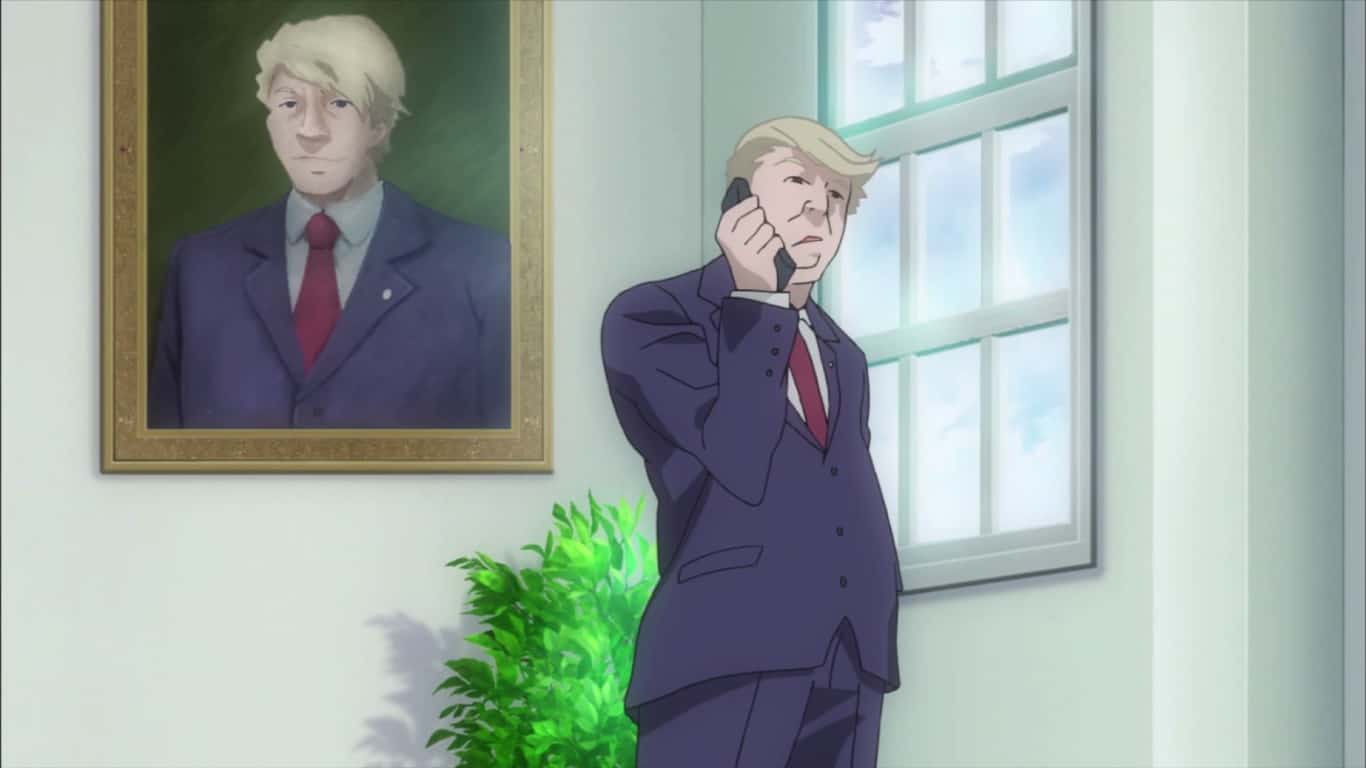 5 Best Things to Do in Akihabara Japan

Regardless of your feelings about the current President of the United States, many in the anime and manga industry have taken it onto themselves to depict Donald Trump in a various ways. Donald Trump is literally an anime character now. #MAGA 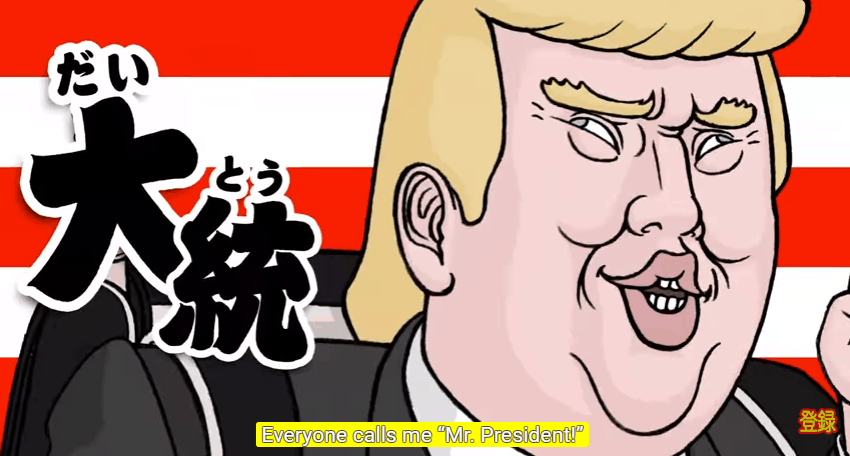 Anime and President Donald Trump always seem to mix in the most unusual ways. Like the time Trump was a Japanese transfer student that was also a vulgar rapper.

The latest anime to do so is Hiroya Oku’s Inuyashiki: Last Hero. In the eleventh episode of the series, when all of a sudden, President Donald Trump makes a formal address with the news. A cameo from Trump. 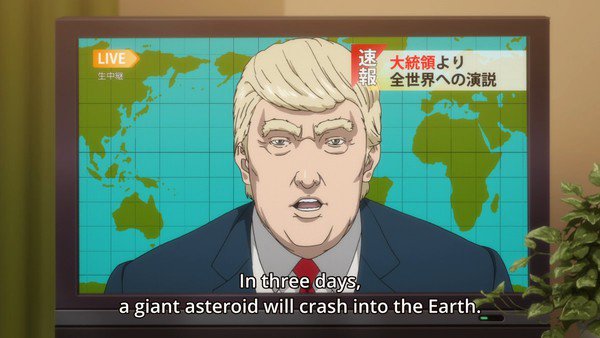 During the eleventh episode, the characters find out a meteorite is heading toward the Earth and mankind will soon be destroyed. Depicting Trump as the President reacting to the news he says, “In three days, a giant asteroid will crash into the Earth. I’ve lived long enough. I even became President of this great land. I have no regrets. The rest of you losers can go do whatever the hell you want.” 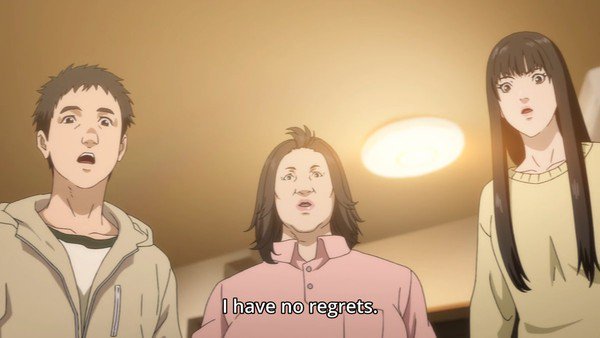 While this parody is hilarious, it is a bit chilling. Especially when you consider the route Oku’s original manga version had taken where Trump says:

“I’ve lived long enough. I’ve done everything I wanted to do. I get to go out on top as President. There’s nothing left for me to prove. So all bets are off now. Steal, rape, kill, do your worst, you fucking scumbags! As of this moment, murder is now legal!” – Original Manga Version

This scene was worst in the manga pic.twitter.com/4JJnVVaNdB

Thanks for the words of encouragement anime President Trump, ee always knew you were the hero anime needed. #MAGA