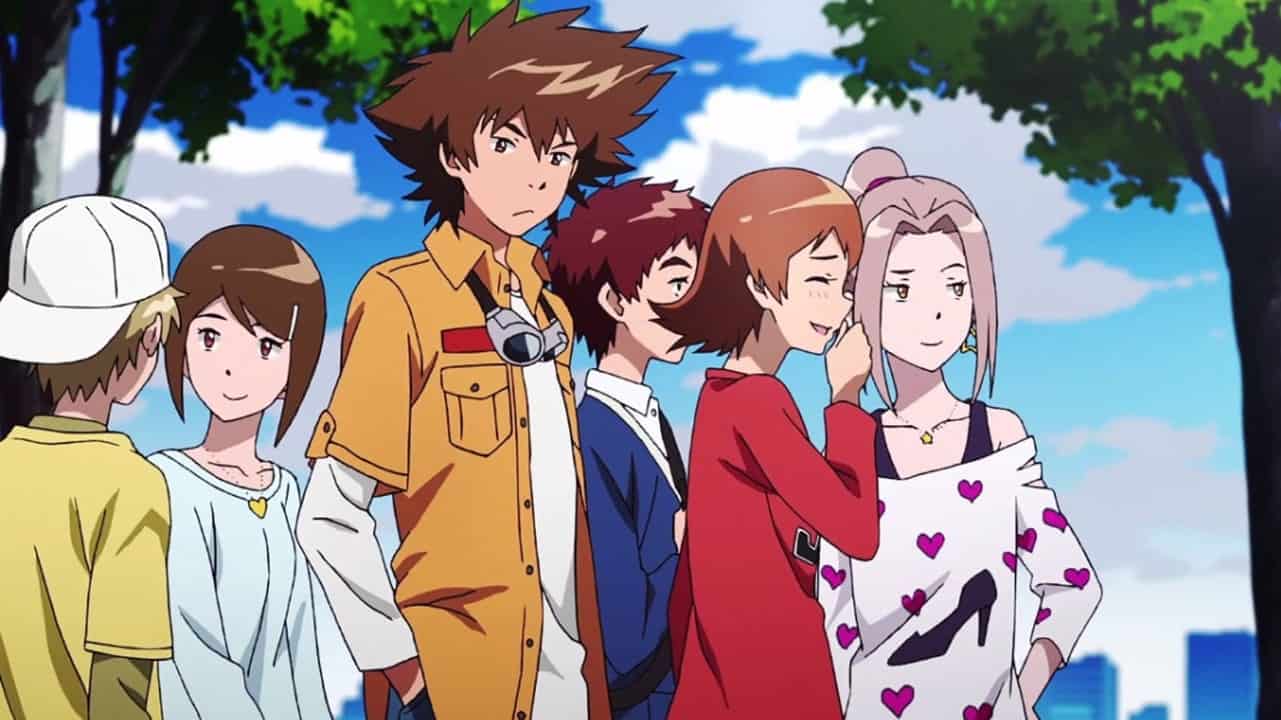 Can You Hear These Images? Anime Edition!

A lot of things have happened this week, Let’s go through each one of them with in-depth details that I’ve musted.

New Digimon Series In The Making

Another classic is getting the next gen animation treatment. This time is the Digimon series, recently catching some wave in the community. They are indeed preparing to make a brand new one to rake the hay while the sun still shines.

The resurgence of this series came about in DigFest. Where the team behind Digimon series informed fans about adding another to this franchise. But this one will rely on the fans as a crowdfunding Kickstarter project.  The project is currently named “Digimon Adventure 20th Anniversary Memorial Story”. It will be shorts, each short being five minutes long. This short stories will explore the Digimon Adventure: Last Evolution Kizuna.

Teams also showed a plan on how and where the money generated from crowdfunding will be used. It will go towards blue-ray of the series. So anybody can pick it up from anywhere without gluing their eyes to the TV.

In the world of the remakes. Where every product under corporate holds is getting the remake treatment to exploit people past. It’s nice to see there is consciousness in the mind of the artist on how to treat a valuable product without the corporate estrangement, which we don’t get to see much often in this world.

The love interest for the main character of One Piece is back to let her two-piece out. So we can finally see the growth of “characters”. One Piece is going through its 20th anniversary, to celebrate, fans are getting a new movie One Piece Stampede.

In this movie, fans will get to see the return of plenty of characters, who we haven’t seen em in the while.

In episode 895, we will get to see the return of Wonder Woman from One Piece. But this wonder woman instead of the lasso of truth, she has a clownish snake and has the power to turn people into stones by her beauty. It’s the fan=favorate Boa Hancock.

She is unlike the rest of the woman characters in the series. She is considered to be the beautiful woman in the entire series. With the breast size of the Alphabet “J”. Which is way way way up the ladder.

Here is Sanji’s reaction when he found out that Luffy knows one of the most beautiful women in the world.

It’s been a while since we saw her in the series. If my memory serves right it was before the marineford war. Where she helps Luffy infiltrate impel down.

Statement From CEO of Kyoto Animation

CEO of Kyoto Animation gave a strong statement to the fans, who are still shocked by the tragic event that took place earlier this month.

Kyoto Animation has posted a new statement on their website concerning the evilness that has happened.

The CEO has said this –

“An unprecedented atrocity has robbed many of our friends and colleagues of their bright futures and has left many deeply injured,

“News from all over the world tells us that amazingly many number of people has sent us their hearts and prayers, which are like candles in the darkness, for those of us trapped in the darkness of deepest grief,”

“There are many friends and colleagues who are hospitalized and suffering, fighting for their lives. Please give us some time.”

“Kyoto animation will continue to make its employees and staff lead happy lives, and contribute to society and local community,” I assure you that Kyoto Animation will not give up, we will not go quietly into the night…we will not vanish without a fight!” the CEO writes.

The death toll has risen up to 35 people. 35 incredible people who gave so much to the art of animation, their life is gone from the earth. But their soul remains in the art that they made.

Advertise with us
107
likes / shares
FacebookTwitter