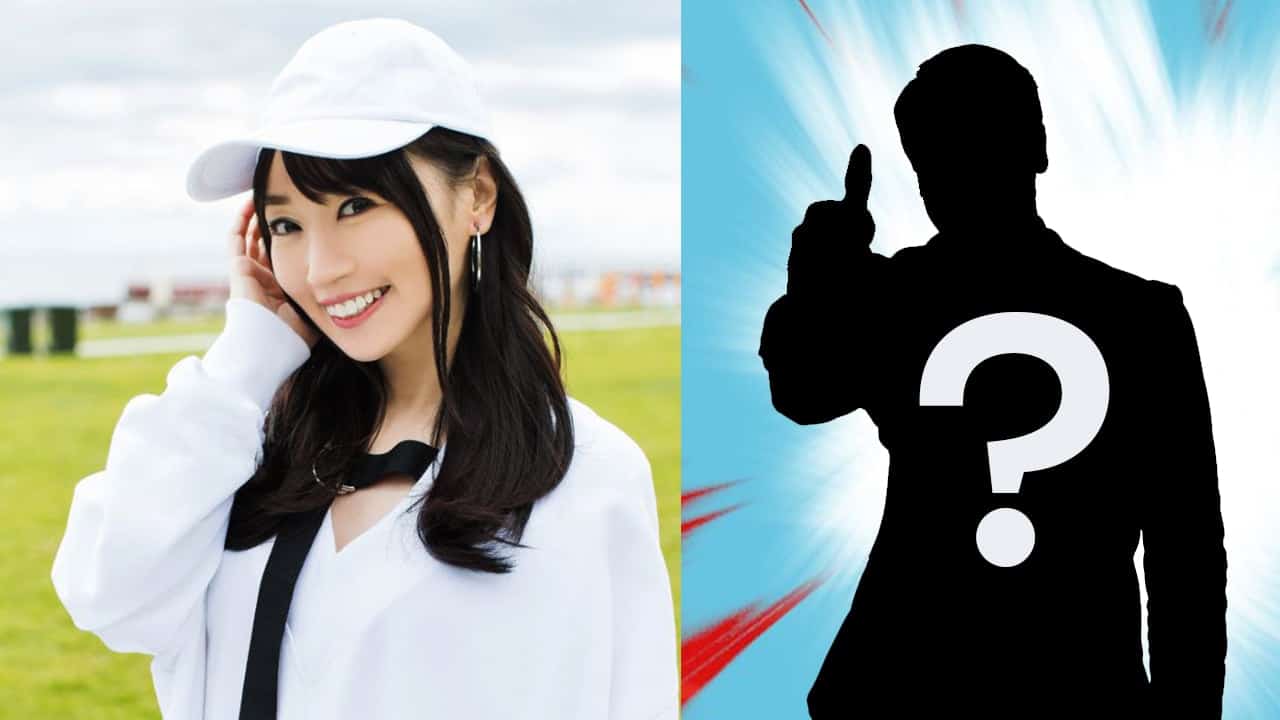 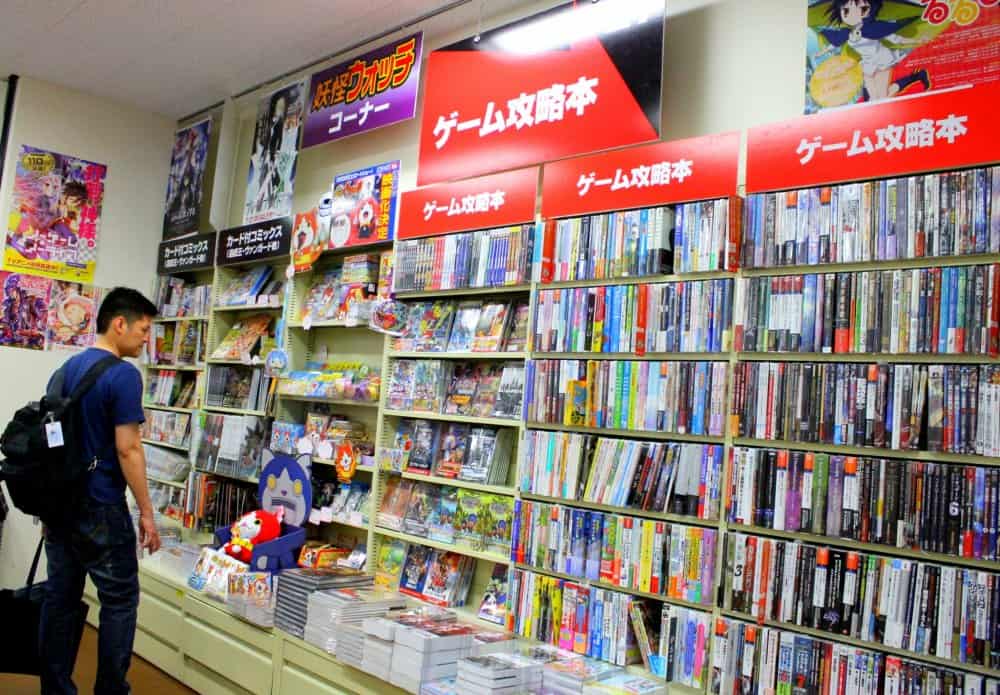 On July 8, K-Books, a chain of stores that sells used otaku- and hobbyist- related goods in Japan, tweeted that they got plentiful concert merch from the renowned 40-year-old singer and voice actress, Nana Mizuki. Due to the sheer amount of these items, the store dedicated a special corner for it all. And on top of that, they congratulated her marriage! Why else would there have been such a sudden influx of her merch? 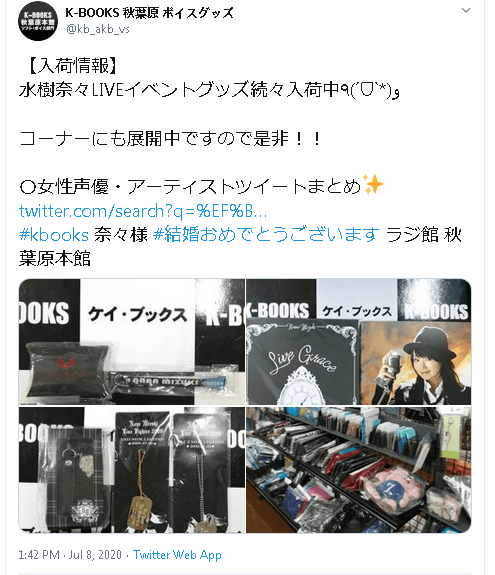 A special corner will be set up and be sure to check these out!

CONGRATULATIONS ON YOUR WEDDING! 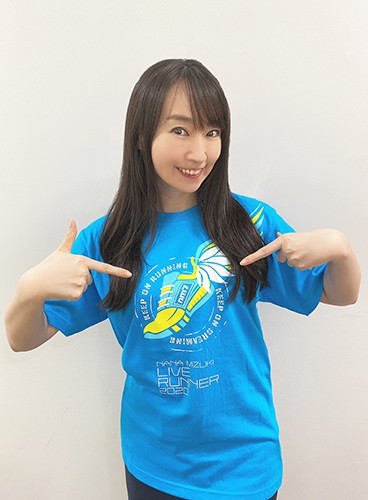 A day before K-Books’ tweet appeared, Nana Mizuki announced that she tied the knot with a man from the music industry. Funnily enough, the date when she broke this news is related to her name, Nana, which is a homophone to the Japanese word for 7, 七 (nana/shichi). In Japanese, July 7 is written as “七月七日”.

Going back to the marriage announcement itself, considering how many Japanese fans “worship” Japanese celebrities, “die hard” fans are really upset with how things have turned out. Although Nana is not as restricted as idols who swore “absolute celibacy” as long as they are part of the group in order to garner a following, related tweets are, in a way, “bad publicity” for Nana because being married is kind of a taboo for performers like her.

With her not being single anymore and officially shipped, the fans’ daydreams of winning her are shattered and automatically impossible. Hence why some remorseful fans had the guts to part with their merch, even the limited editions! 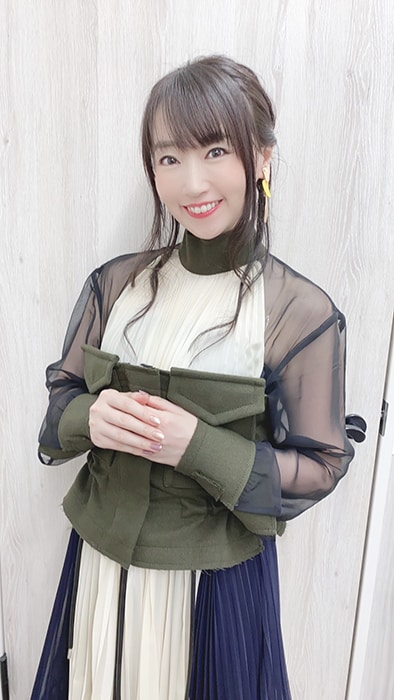 On the bright side, as proven by K-Books’ endorsement, Nana still has a bright future for her career. If K-Books lost their faith in Nana, they would have surely turned down purchasing her merch and not attempt to resell them. There are still lots of fans out there who are mature enough to accept this new reality and continue supporting her. Most of her followers congratulated her marriage and wished her the best.

Nana Mizuki is not the only one who publicly announced her marriage. 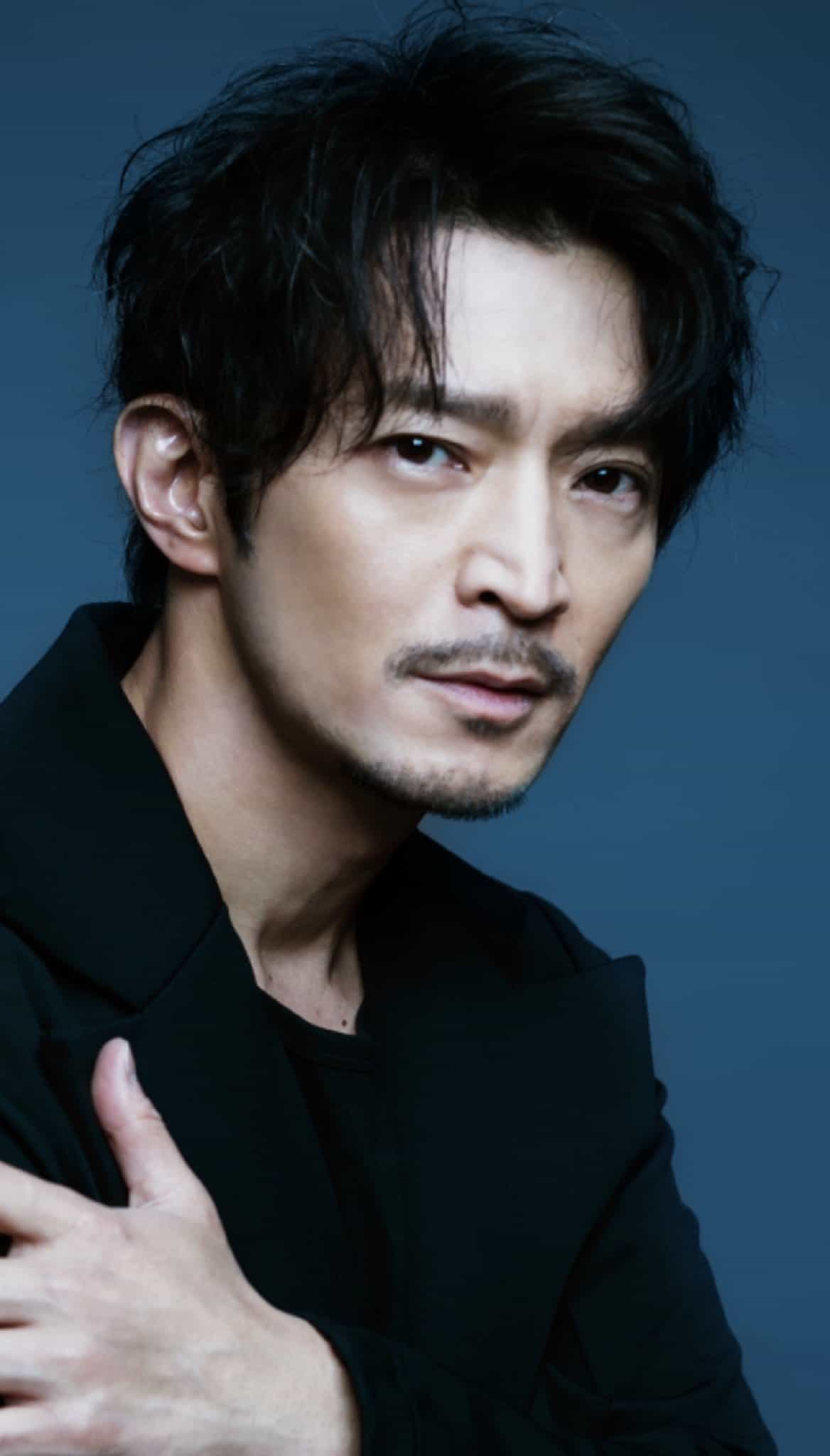 Kenjiro Tsuda, the seiyuu of My Hero Academia’s notorious yakuza boss, Overhaul, stated that he is already married and has two kids. He previously hid this information from the public eye because of the threats he and his family received right after his marriage. 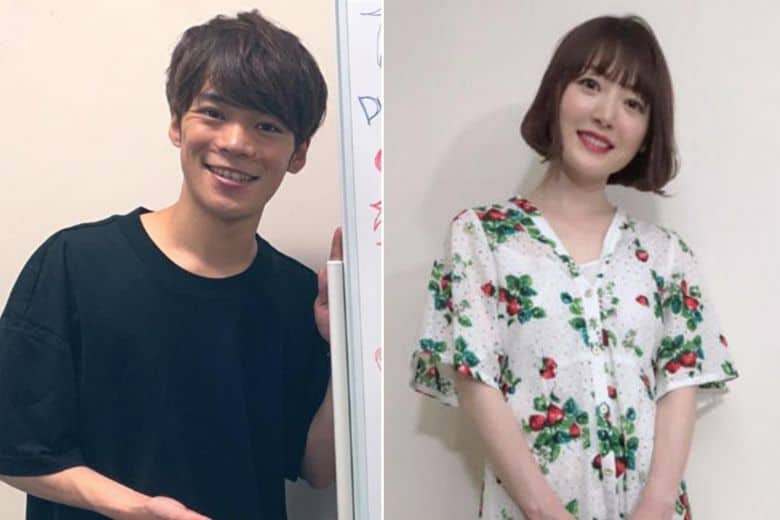 Also this month, Kensho Ono (VA for Giorno Giovanna in JoJo’s Bizarre Adventures: “Golden Wind“ and for Tetsuya Kuroko in Kuroko’s Basketball) and Kana Hanazawa (VA for Kosaki Onodera in Nisekoi and for Red Blood Cell in Cells at Work) both said that they are officially tying the knot too.

Disclaimer: This article and any content relating to the aforementioned topic is 100% my personal thoughts and opinion and not presented as fact or claims. The views expressed in this article do not necessarily reflect the official policy or position of UltraMunch. Any content provided is not intended to malign any religion, ethnic group, club, organization, company, individual, or anyone or anything.

Advertise with us
357
likes / shares
FacebookTwitter