The official website for the television anime of George Asakura‘s Dance Dance Danseur manga has unveiled a new visual and teaser trailer for the upcoming Ballet-themed anime. The lead cast members, in addition to staff members, were revealed. The anime will air on MBS, TBS, and 28 affiliate stations’ Super Animeism programming block in April 2022.

This anime project marks the first time an Asakura manga is getting an anime. In a brief teaser PV, lasting less than a minute, we glimpse Junpei’s inspiration to learn ballet. The video cuts with him belting out the words, “Teach me ballet!”

The new visual (below) released features the two protagonists with their arms and legs outstretched.

The manga centers on Junpei Murao, who was fascinated with ballet as a child, but in his second year of middle school, his father passed away and he decided he needed to become more “masculine,” and he gave up on his aspirations. While still having an attachment to ballet, he takes up the martial art of Jeet Kune Do, and becomes popular in his class. Then one day, a new transfer student named Miyako Godai arrives in Junpei’s class, and her mother runs a ballet studio. Miyako realizes that Junpei is interested in ballet, and invites him to do ballet together.

For the staff, Munehisa Sakai (Zombieland Saga) is directing the anime at MAPPA, with Yoshimi Narita (Senpai ga Uzai Kouhai no Hanashi) in charge of the series composition. Hitomi Hasegawa (Kimi ni Todoke animation director) is designing the characters. 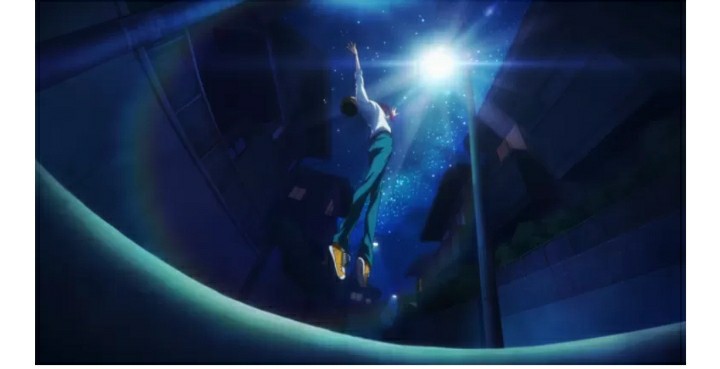