The official website for the D4DJ franchise announced that the anime is getting a second season titled D4DJ All Mix that will premiere in winter 2023. The new season will feature all six musical groups from the franchise, including Lyrical Lily. More information will be revealed at a later date.

The special will be a self-contained episode centering around the Merm4id and Rondo groups. Both Merm4id and Rondo are collaborating on new music, specifically for the special’s concert segment, and Merm4id’s music producer Kazushi Miyakoda is working on the music.

The first season was directed by Seiji Mizushima (Beatless).

Bushiroad is credited with the original work and production credits. They announced worldwide streaming on various platforms, with Crunchyroll, Funimation, and Sentai Filmworks releasing the series in North America.

Funimation describes the first season as:

Having moved back to Japan from abroad, Rinku Aimoto transfers to Yoba Academy where DJing is popular. She is deeply moved by a DJ concert she sees there, and decides to form a unit of her own with Maho Akashi, Muni Oonaruto, and Rei Togetsu.

While interacting with the other DJ units like Peaky P-key and Photon Maiden, Rinku and her friends aim for the high stage! 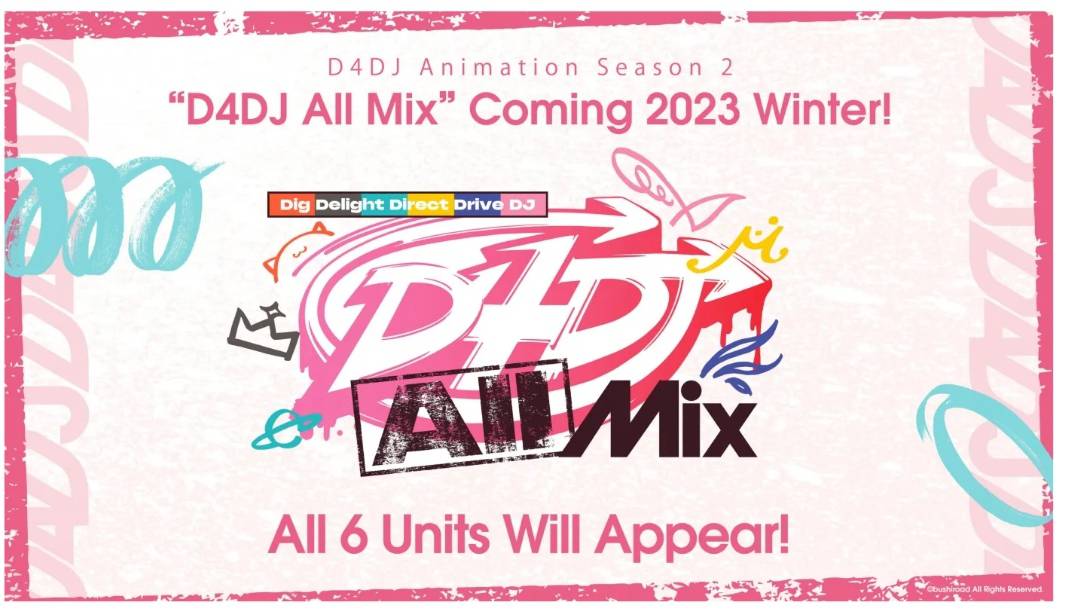