So after long last, Blade Runner: Black Lotus has finally arrived on Crunchyroll. It’s part of a new series of original shows that Crunchyroll had invested in alongside Adult Swim to build up its own catalog.

Netflix has been encroaching on Crunchyroll’s anime territory with some great shows in its arsenal. Crunchyroll is fighting fire with fire, but how does it stack? Does Black Lotus hold up against its competition?

Right off the bat, the art style is easily my least favorite thing about Black Lotus. The studio behind it is Sola Digital Arts, the same one behind the ugly-looking Ghost in the Shell: SAC_2045. That anime is notable for its cheap-looking character models and rubbery animation. It hurt me to watch Ghost in the Shell be treated so badly.

In Black Lotus, the studio decided to stay with the rubbery look. Honestly, the art style looks better in low-light scenes because you can’t see anything and it hides how awful they look. But I will say the animation is much better. Characters aren’t flopping in action scenes and they look like they have weight to them. The punches feel strong, the grapples brutal, and gunshots deadly. Motion looks cool, especially during the cemetery fight.

Paint by the Numbers Story

The show centers around a young girl named Elle who finds herself in a futuristic Los Angeles with zero memory of what has happened to her or how she got there. All she knows is that she woke up with a strange black box that she can’t open. The first three episodes revolve around Elle trying to figure out who she is, why she has superhuman fighting skills, and what’s inside the box. 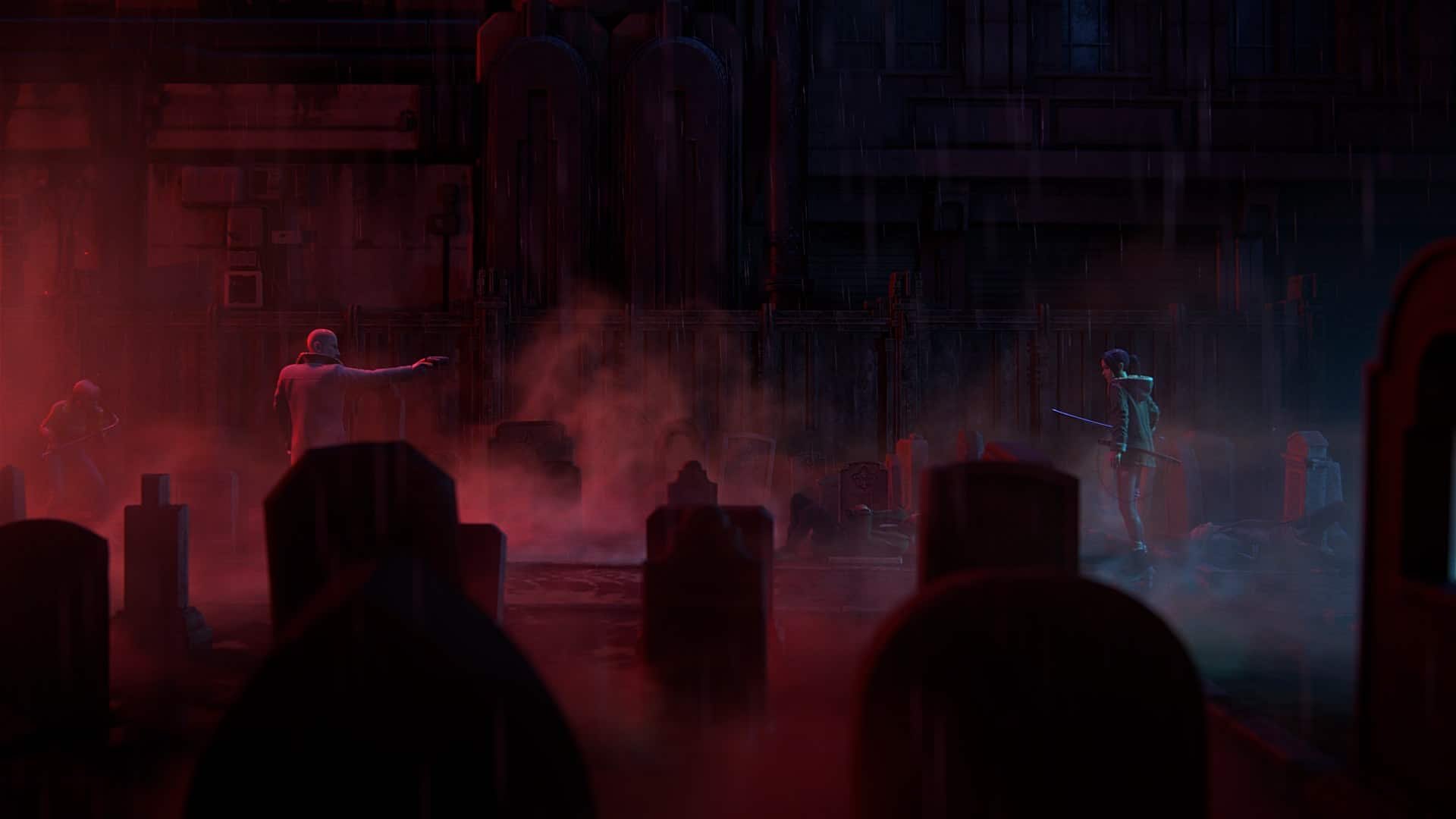 Black Lotus builds on top of the mythos laid by the Blade Runner movies. They’re sci-fi classics about a world where corporations are creating artificial humans known as Replicants and explore themes of what it means to be a human.

The story seems pretty cool at first, but the interesting parts are only at a surface level. The only really interesting part of the story is that it’s related to the Blade Runner universe which sets the stage for a cool story. Blade Runner is widely renowned for its fantastic story, but Black Lotus in comparison is pretty boring. It’s a generic sci-fi story set in a dark and desolate city. We’ve seen tons of stories like this before and doesn’t bring anything unique to the table.

There isn’t a whole lot wrong with Black Lotus, but there isn’t anything interesting either. It’s a run-of-the-mill sci-fi series that’s hard to get into because of its goofy art style. Check it out if you like Blade Runner or sci-fi. But beyond that, you can skip it.

what is up with blade runner: black lotus? it's ugly, animation is horrendous & the voice acting is a joke. it's so disappointing as a massive blade runner fan. the only redeeming qualities are the fight scenes & the music. I hope the story ends up being decent at least. pic.twitter.com/sP9g4wANyD

Unfortunately, Crunchyroll still hasn’t found their killer show yet. Fena: Pirate Princess ended not too long ago, and it was a decent adventure show but nothing awesome. The platform’s other show, High Guardian Spice, has been a bit of a disaster and quickly forgotten about by Crunchyroll and the series creator.

So far, Crunchyroll Originals have been weak since they’ve started. Hopefully, the platform can get it together.