Fans have more ways to enjoy anime everywhere with the new Crunchyroll application launching worldwide today on Nintendo Switch™. Combining the best of both living room and mobile experiences, fans can enjoy more than 1,000 series and 30,000 episodes on the Crunchyroll app, including Demon Slayer: Kimetsu no Yaiba and One Piece, through their Nintendo Switch™ console either docked at home or taken on the go, complete with offline viewing support. 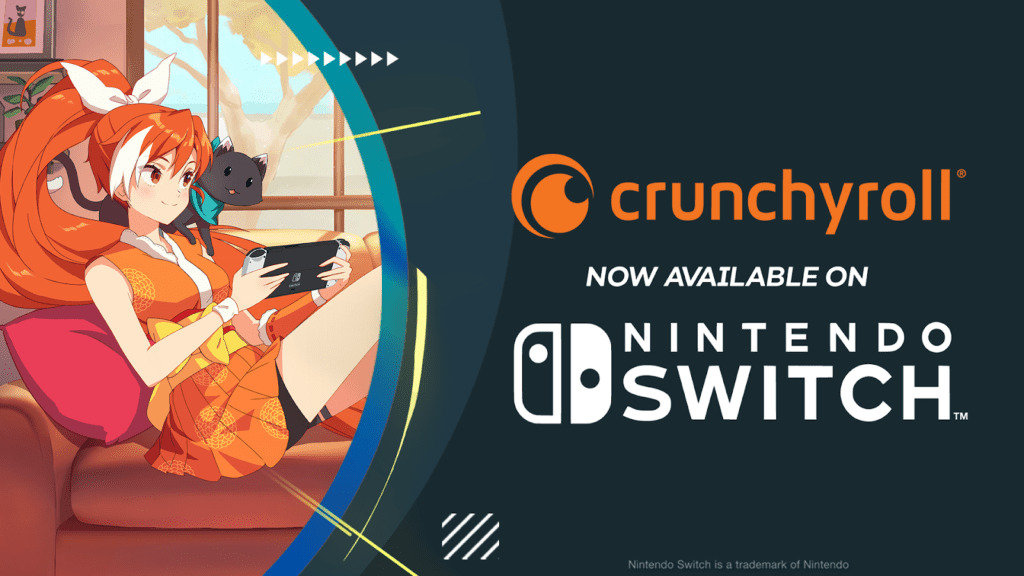 Watch Anime and Game on One Device!

With this launch, Crunchyroll will become the first streaming application to offer offline viewing on Nintendo Switch™ and one of a limited number of SVOD apps on the gaming console. Fans can access the Crunchyroll app to enjoy ad-supported anime or through their Crunchyroll subscription to enjoy unlimited ad-free anime, with simulcast series streaming day and date with a premiere in Japan.

Created for the global anime community and powered by Epic Games’ Unreal Engine technology, the application allows users to enjoy their anime in TV mode, with their console docked and plugged into a television, in tabletop mode, which allows fans to share their anime with others, or in handheld mode, to pick up and experience with Joy-Con™ controllers attached.

Anime fans have access to one of the largest collections of licensed anime through Crunchyroll and Anime Digital Network (in partnership with Citel, a subsidiary of Média-Participations), translated in multiple languages for viewers worldwide. Viewers can also access simulcasts — top series available immediately after Japanese broadcast. Crunchyroll’s services extend to licensing of theatrical, TV, home video, consumer product, and video game rights.