Elden Ring has been critically acclaimed by many game review sites as a perfect “10/10” or a “masterpiece”, while also simultaneously being trashed by many independent player reviews on those same sites!

A quick browse on reddit reveals hoards of users saying they got a refund for their digital copy of the game. 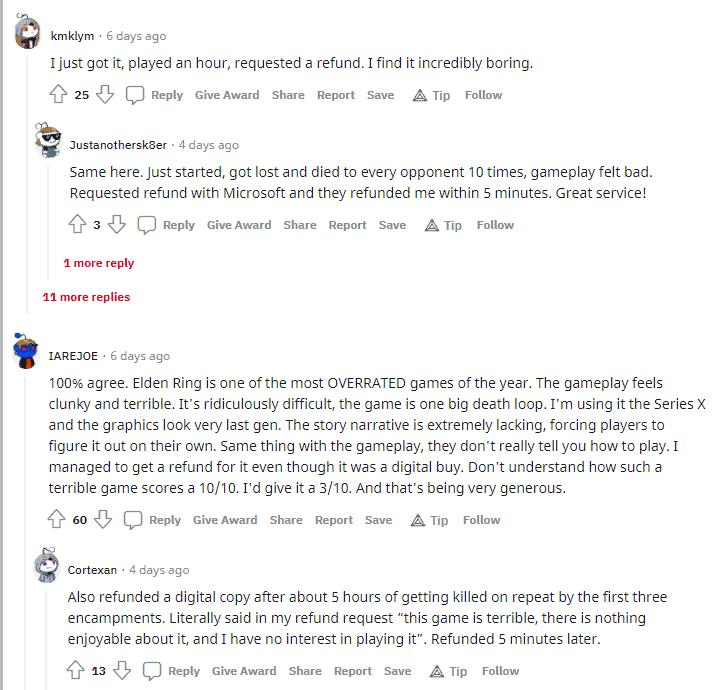 So what exactly is wrong with Elden Ring?

It all starts with bad UX (User Experience) Design.

The UX design of Elden Ring is so bad that I can’t even believe the word “software” exists in the name of the company that made this.

After spending a few hours playing Elden Ring (as a first timer to the souls franchise and also as a Sr. UX Design with 12+ years of experience) I was appalled by how poorly planned the UX of this triple-A title actually was. 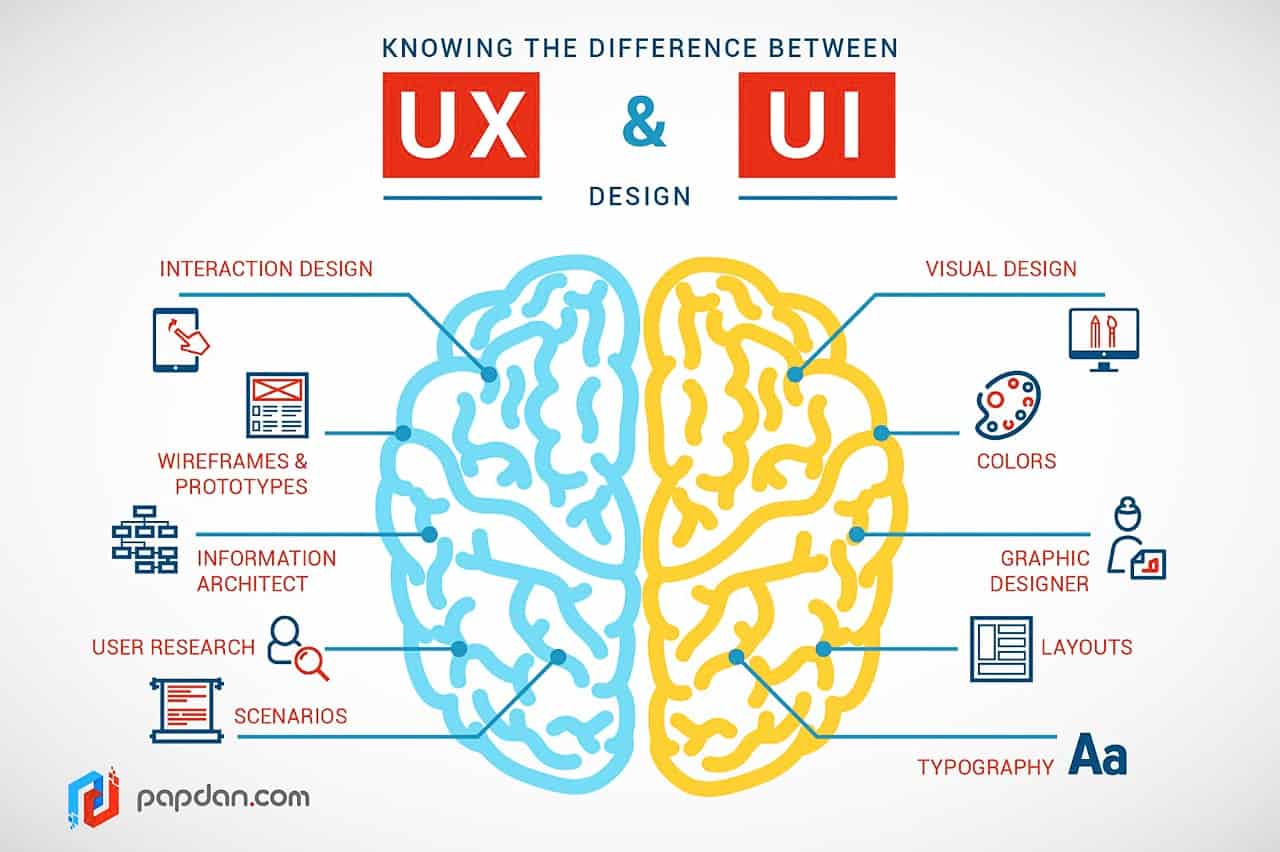 It honestly feels like a majority of Elden Ring’s budget went into the marketing and not user testing.

Play testing for games doesn’t cost that much money. Had they conducted proper playtesting, and if they actually had an experience UX designer on their team, I am certain a lot less players would be demanding refunds right now.

Please note: This is not a criticism of the game’s difficulty. While that definitely plays into most player’s frustrations about this game, it is not the full picture. And having a better UX design could have saved a lot of player frustration right from the beginning.

Bad UX Starts from the Very Beginning of the Game

Normally, when you first launch a new game, it will ask the user to input some basic video / audio settings. 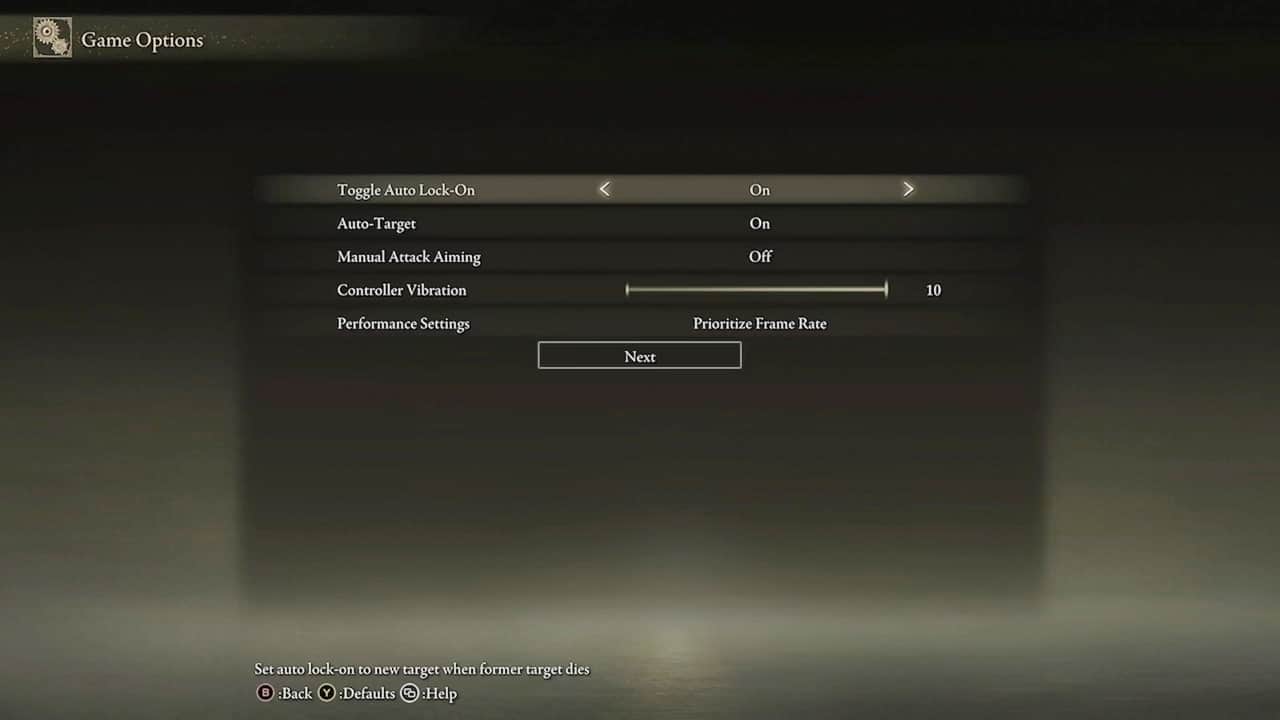 This is totally normal and expected for most games, especially on console.

However, Elden Ring instantly starts to break down… right about here! 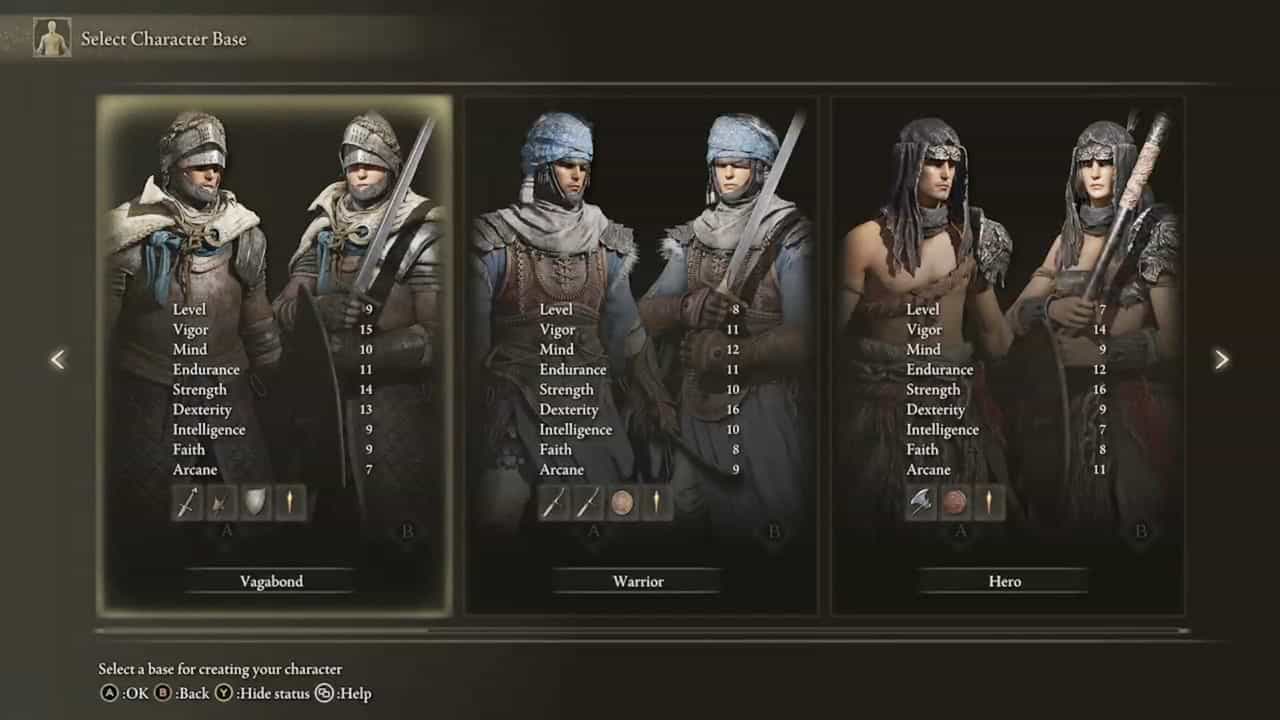 Immediately, we are at a point where Elden Ring bombards the user with hoards of proprietary (and totally meaningless) information.

How is a new player supposed to know what “Vigor” or “Mind” or “Arcane” means in this game?

Why are you asking the user to commit to a decision they know nothing about?

If you look at user complaints about this game, the fanboys will assure the users to restart as a different class to have a better experience.

Who wants to do that? That’s not a solution to the problem, it’s a remedy or a coverup of the real source of the issue – no useful information is being presented to new players.

How to Fix This? 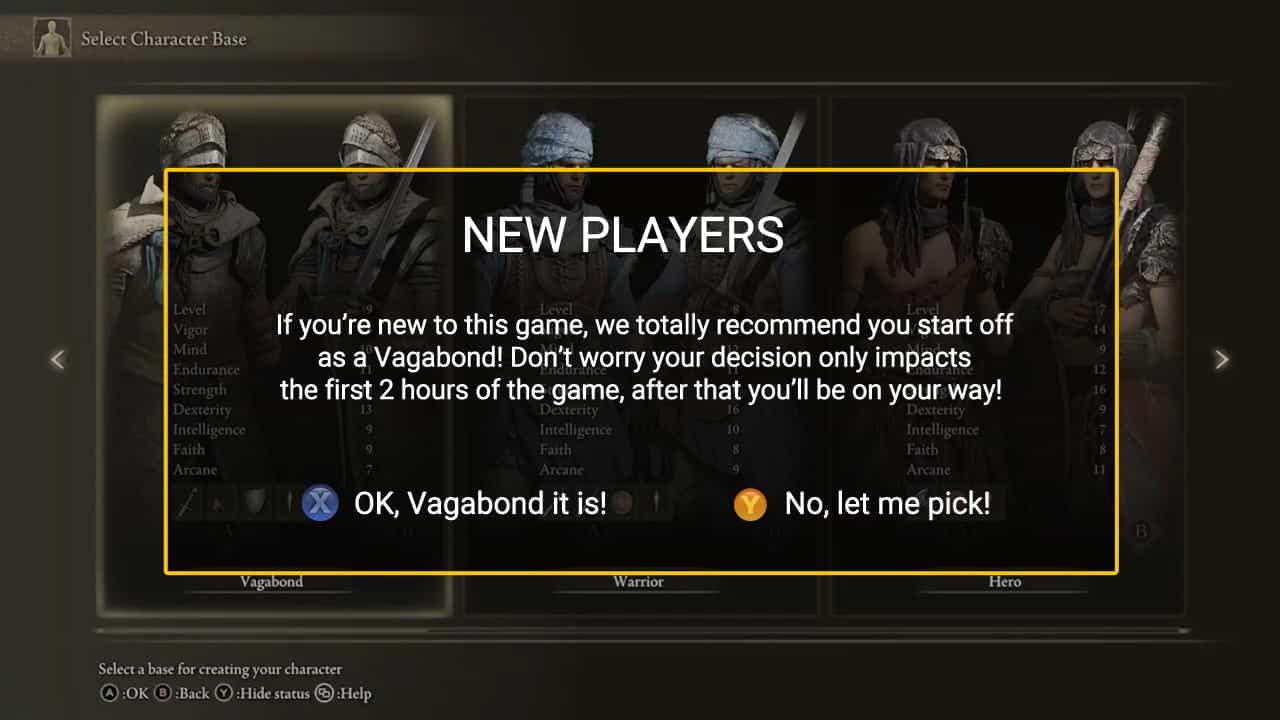 Simply inserting some kind of pop up in the class selection screen letting new players know the recommended starting class would be a perfect fix for this small issue!

To their credit, Vagabond is the first selection. However, some players might still want to change their selection based purely on aesthetics and unknowingly get wrecked.

If any hardcore Soul’s fans wants to say that this is “hand holding” and has some kind of problem with this proposed solution, then they are hypocritical as the game has tons of obnoxious pop ups once you get to the overworld.

Adding one more pop up (that actually conveys useful information to the player) is not going to cause any harm! 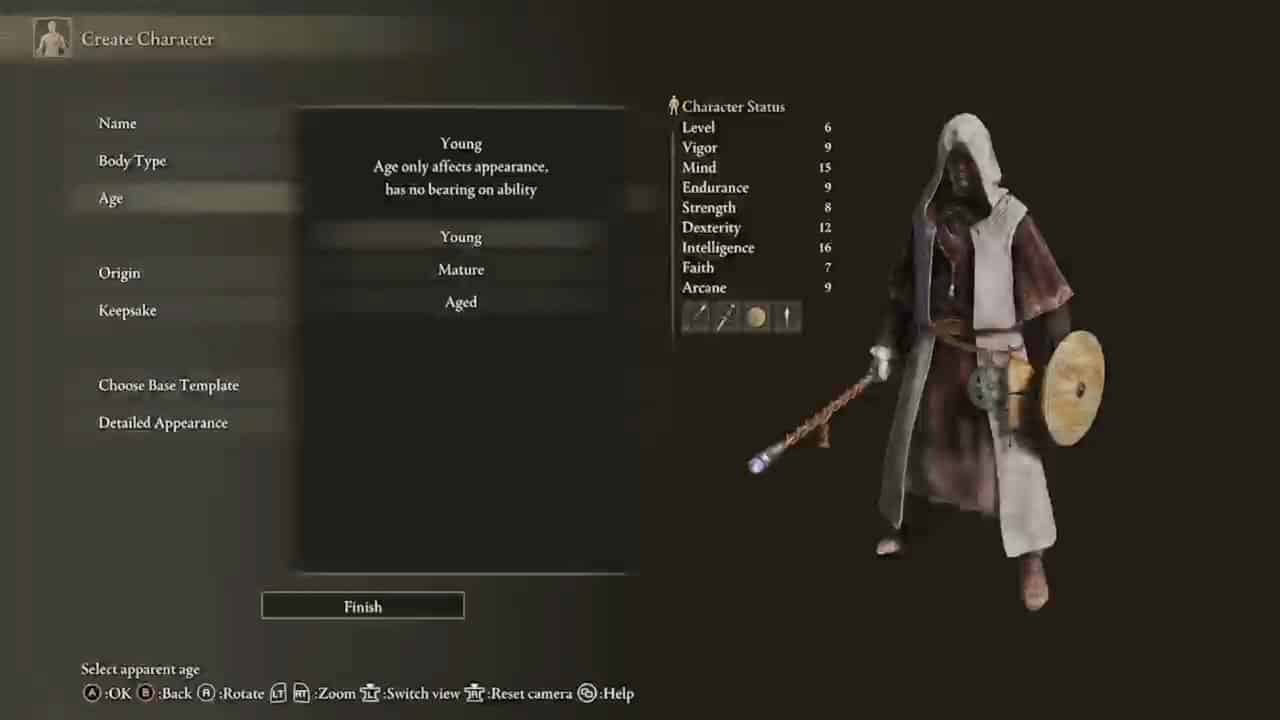 Another 5 – 15 minutes can easily be wasted on character customization.

All of this wasted time adds up. New players will be more eager to jump right into this hyped up game, which may lead to reckless mistakes such as instantly rushing past the tutorial area.

It may be surprising to find out that actually yes, Elden Ring does have a tutorial section.

However, the tutorial is completely hidden and out of sight.

This is not even a nit pick, many players were surprised to find out that Elden Ring actually has a tutorial! 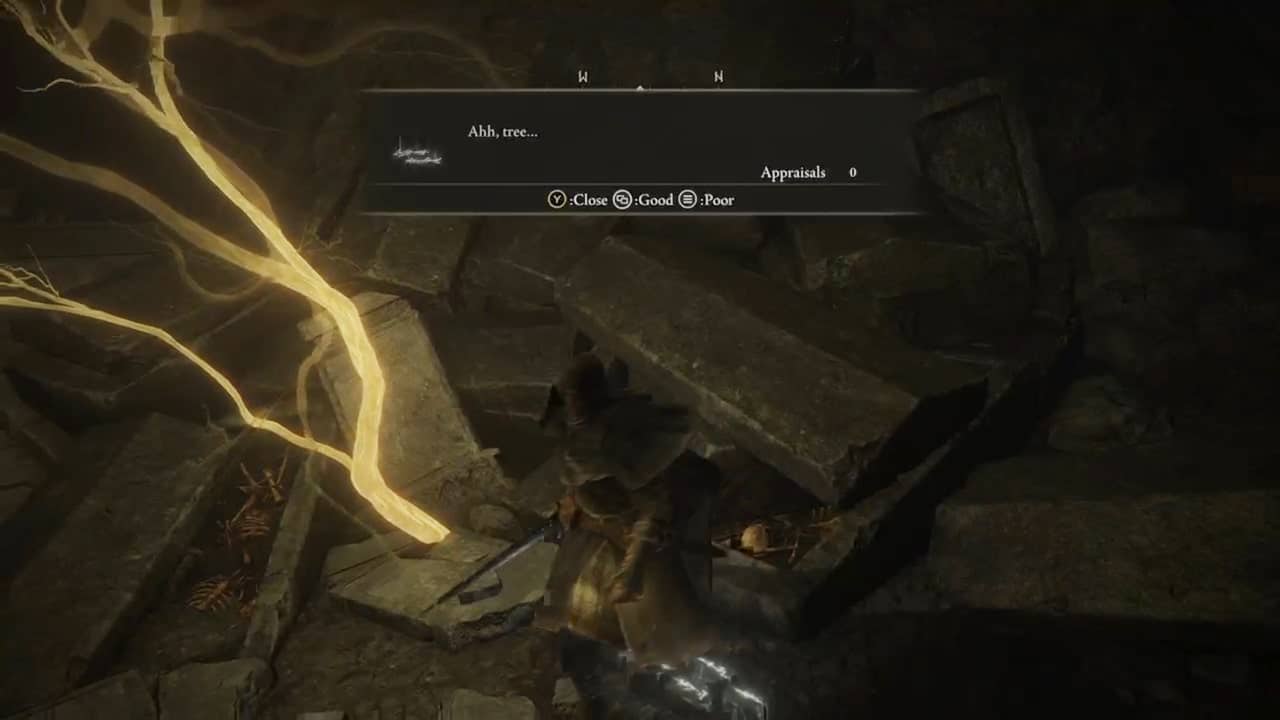 Apparently it is near this yellow tree in the beginning of the game.

Why didn’t players see it? Well this is obvious.

The yellow glowing tree and the brightly lit staircase invite the user to go towards that direction. The tutorial, which is hidden in a dark hole, is the exact opposite of inviting!

It’s like if you had an eCommerce website, and you made the “Add to cart” button white against a white background. You will have LESS people adding items to cart.

The tutorial for this game is especially critical as the control scheme for Elden Ring is not intuitive.

How would players know that tapping B will make them dodge attacks while HOLDING B is the sprint button?

This is not a UX problem, but the player input lag also makes learning controls on the fly almost impossible.

The control issues were experienced on Xbox one Series X, not PC for all the fanboys who want to instantly rush to the game’s defense for having a terrible PC port.

How to Fix This?

One idea would be to make the tutorial a little more obvious. This entire pre-area in the game seems totally pointless. It doesn’t really serve to teach us anything about the game, the layout is not clear, and it only wastes more time.

At this point, the game has already wasted at least 15 – 20 minutes of the player’s time from sifting through menus, boring intro cutscene, to this massively useless pre-game area.

You can’t blame new players for just wanting to get outside this cave to finally experience the game.

One again, a simple pop up could have easily fixed this entire thing.

Why not warn the players that they missed the tutorial with a quick pop up?

Again, it makes me wonder if there was even a qualified UX designer present during the development process at all.

So now you have wasted 20 minutes going through useless menus, pointless starting area, and skipped the tutorial.

So now the game decides to hold your hand?

Let’s talk to this NPC who insults you

What would any normal person do in this situation (skipped the tutorial, first guy you meet taunts you)?

Probably they would assume that this guy is actually the tutorial. 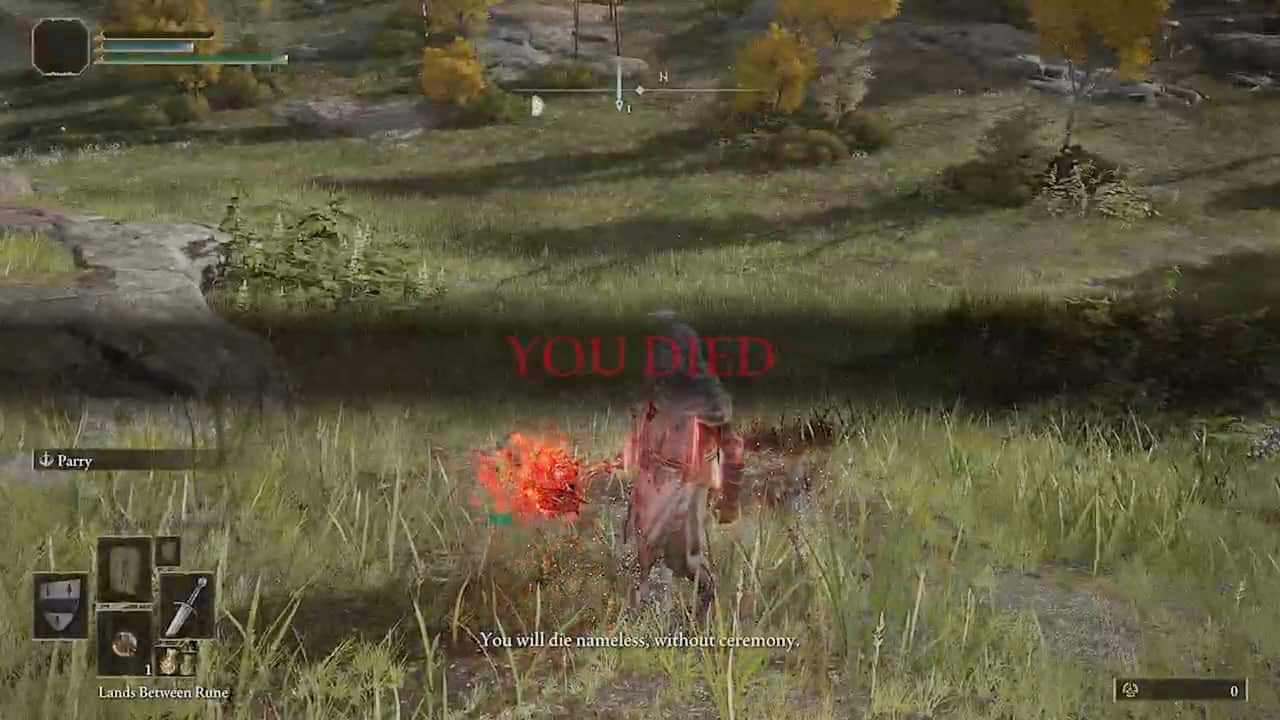 If you attack this NPC, he will relentlessly attack and destroy you.

Even after you respawn, the game doesn’t simply reset the time before you attacked this NPC.

He’s going to continue attacking you the moment you respawn, over and over and over again. Of course, since you didn’t know that holding B is how you sprint in this game, you also might not be able to outrun this guy because he will chase you very far into this overworld.

This is the point where most players might quit the game. (And yes, a lot of players attacked this guy.)

After You Escape This Guy…

So let’s say you decided to play the game further, hopefully you will be on your way to enjoying the gameplay and having a blast.

But if not, don’t worry what the fanboys say. Most people have reported successful digital refunds from the Microsoft store even after downloading and playing the game.

If you were mislead by the marketing of this game and expected something playable, why should you pay $60 for basically a bad demo experience? The first few hours of a game are supposed to hook a player, not dissuade them away from the game.

If your game can’t hook players from the very beginning, then perhaps you should give the players their money back. (This is just my personal opinion, I am not encouraging false refund requests.)

The game is objectively, very poorly designed (from a UX standpoint at least) and there is much more wrong with the game besides these beginning parts, however these beginning portions are probably the most important and so they should be addressed with a simple pop up patch!

However, I would not be surprised if the developers, in their blind arrogance, simply ignore these criticisms and continue the game without any UX changes.

The UX design of Elden Ring extends far beyond menus and pop ups. If my insight to the UX of Elden Ring is useful or interesting, I will continue to post more, however if my unsolicited UX advise goes unaddressed, then it’s really the loss of the game developers at this point.