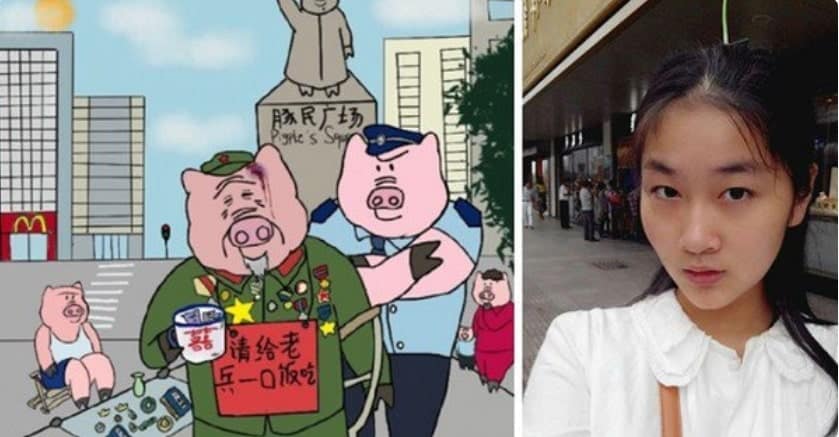 Among the rise in the number of protests that are taking place in Hong Kong. China has been taking strong measures to not to let anti-nationality statements fly in the air.

But the word holds a whole new different meaning to the people in the red country. Apparently, the Chinese government sees the word “Spiritually Japanese” as a solidarity to the Japanese government while holding disdain towards their own government.

One of them was 22-year-old a cartoonist named “Zhang”, who depicted Chinese people as pigs. The cops released a statement of her arrest saying –

“Warping Chinese history and the state of affairs both in and out the country in bad faith.” – Communist Pigs

And the second victim was a 36-year-old collaborator surnamed Lu for circulating these pictures on social media.

Can You Name All These Waifus? Take this Quiz!!!

While some might see this as a WIN for the government But it is a definite loss for the democracy of people. If your country acts like one of the Three Wise Monkeys, soon the people of the country will find themselves throwing shit at each other.

As the will create anger within some people and the rest will feel prohibitive and afraid to get their views out, which in its core defines an individual from a group thinking that leads to a better rising informed democracy.

What’s your thought about this? Let me know in the comments below.

Advertise with us
309
likes / shares
FacebookTwitter