After releasing the previous trailer for the upcoming CG series, Resident Evil: Infinite Darkness, Netflix gives fans another look at this horror beauty that is to come.

The trailer discloses new cast members and characters. It also reveals that the series will debut on July 8. 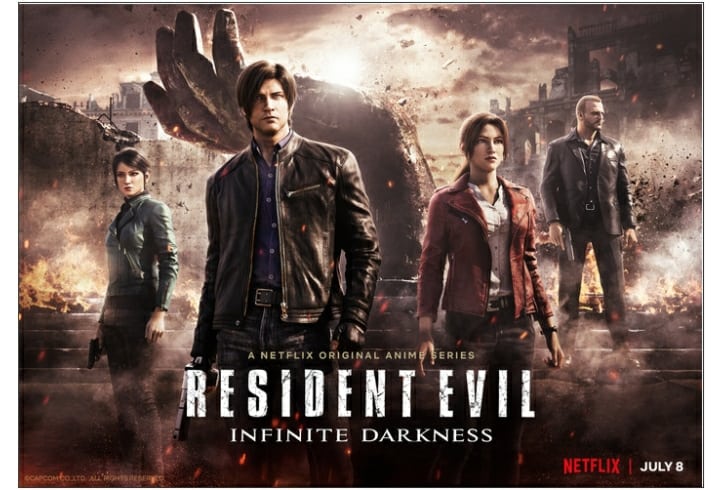 The new trailer includes some familiar faces, and the animation is stunning. It is animated by TMS Entertainment and Quebico.

Eiichiro Hasumi, who directed the Assassination Classroom live-action film, is directing this series.

Per the trailer, some new cast members include:

Resident Evil: Infinite Darkness is only the first of two series Netflix is making for the franchise. The second is a live-action series and it is being produced by Constantin Film.

Which series will you gravitate toward?