A 25th-anniversary celebration is underway for the Cardcaptor Sakura anime, based on the manga by CLAMP. The TV anime first kicked off its broadcast in Japan on April 7, 1998, and the official accounts are celebrating with an anniversary project that includes a new visual, goods, and more on the way. See their official website.

In the visual below, Sakura is shown in her iconic pink outfit with a hat to match. The young girl, who is seen in elementary school at this point, is donning a blush school dress with a white petticoat. The look wraps up with some thigh-high boots, and as always, Clow is next to Sakura with his wings spread out to the sides.

Cardcaptor Sakura is streaming on Crunchyroll and it is described as such:

Ten-year-old Sakura lives a pretty normal life with her older brother, Toya, and widowed father, Fujitaka. Or she did, until the day she returned home from school to discover a glowing book in her father’s study. After opening the book and releasing the cards within, Sakura is tasked with collecting each of these magical cards, while trying to live the life of a normal fourth grader. In the monumental task of collecting all the cards, Sakura must rely on her friends and family, and decide what she finds most important in life.

This series is known as one of the greatest shojo series to ever come from Japan. Plenty of fans view the magical series the same way they see Sailor Moon. This year’s anniversary will put Cardcaptor Sakura in the spotlight as the anime is celebrating a major milestone.

Among the goods revealed so far are items featuring the visual and mini figures that mix it up with Sanrio characters.

There’s also a collaboration room in the works for EJ Anime Hotel in Tokorozawa Sakura Town, Saitama. The Cardcaptor Sakura café that was previously open in Tokyo for a limited time last year will be making its way to Nagoya Parco in Aichi and Shinsaibashi Parco in Osaka. 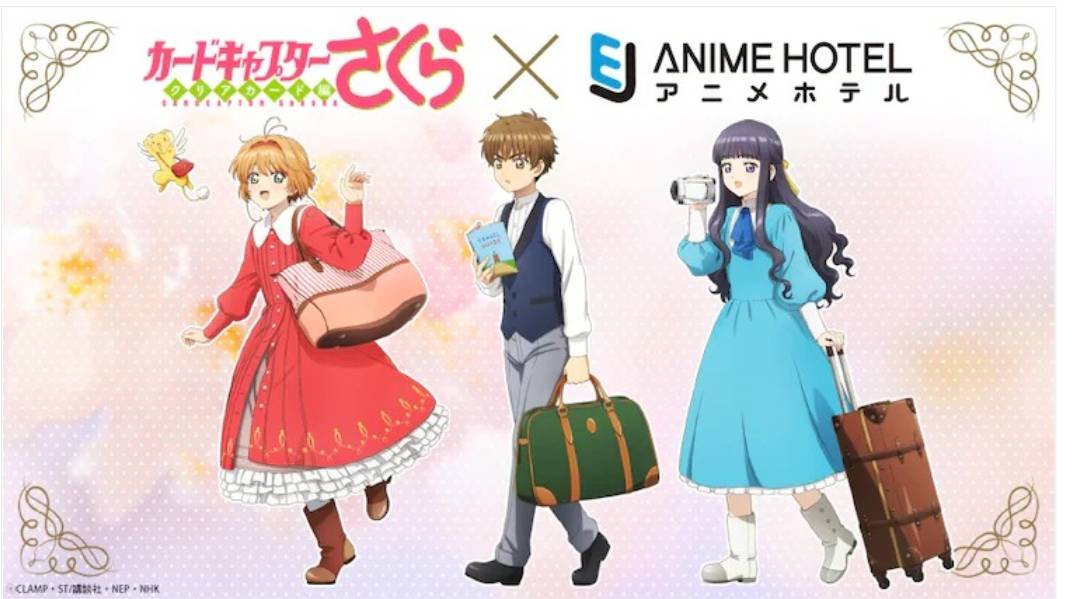 Stay tuned to see what else comes of the anniversary.

Advertise with us
246
likes / shares
FacebookTwitter