The official website for the television anime of Kotoyama‘s Call of the Night (Yofukashi no Uta) manga has revealed a promotional video, cast member, and visual. The series will air in July 2022 on Fuji TV’s Noitamina programming block. It is animated by LIDENFILMS.

Akira Asai is a second-year middle school student who lives in the same apartment complex as protagonist Kо̄ Yamori. She and Yamori are childhood friends. While Yamori is a night owl, Akira is an early riser, and this intersection allows them to reunite after a late-night encounter with Nazuna Nanakusa. Below, Akira is featured in a new key visual.

Other cast members include Gen Sato as Kо̄ Yamori, and Sora Amamiya as Nazuna Nanakusa.

Creepy Nuts performs the theme song “Yofukashi no Uta” (Call of the Night).

Viz Media licensed the Call of the Night manga, and it describes the manga as such:

Nanakusa is a vampire. That’s okay with human Kо̄. He wants to be one too. But transformation doesn’t come that easily…When Nazuna invites Kо̄ to spend the night at her place in an abandoned building, he’s stoked! But then he awakens to kisses on his neck with a little too much bite to them… Is it just the delicious taste of his blood that makes her meet him night after night for late-night adventures, conversation and…naps? Or something else? Then, when a cute girl from Yamori’s past shows up and competes for his attention, his budding relationship with the undead is put to the test!

Call of the Night is a Japanese manga series written and illustrated by Kotoyama. It has been serialized in Shogakukan’s “Weekly Shōnen Sunday” since August 2019. 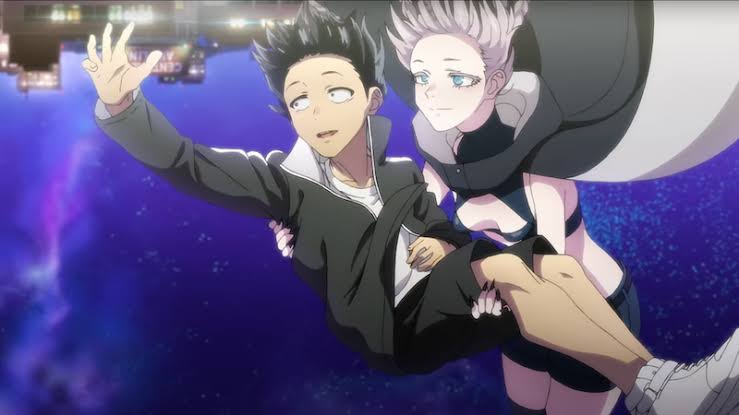 This should make for the perfect summer anime! Will you watch it?

Advertise with us
282
likes / shares
FacebookTwitter