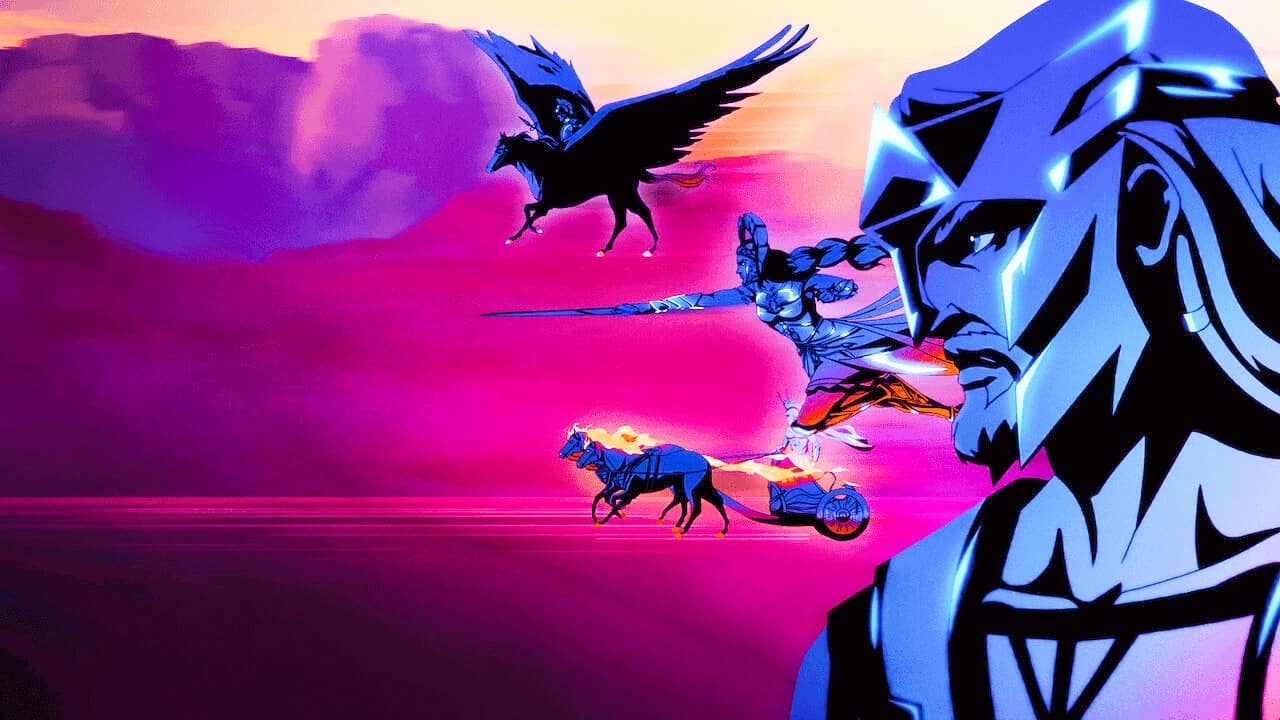 Blood of Zeus, Netflix’s latest original anime show, is a series based on Greek mythology. When it was first announced that Powerhouse Animation Studio has been charged with animation for this show, fans already knew to anticipate stunning animation and action sequences.

Powerhouse Animation is responsible for Netflix anime originals such as Castlevania and they have a steady track record of delivering admirable animation. Blood of Zeus, scripted by Charley and Vlas Parlapanides, wasn’t going to be an exception.

While there is a lot to love about this show, there are some unfavorable elements worth divulging. Blood of Zeus does very well in depicting the blood, gore, and violence expected when Gods battle. But there is a sense of unfulfilled potential.

The animation and action sequences are stellar. Gods, Humans, Giants, and demons battle; however, a major let down in this anime series is the intensity of battles. Combat in Castlevania (a show about vampires and vampire hunters) seems to show off more strength and intensity than that in a show of Gods facing off…something isn’t right here.

The Pros… and There Are Many

What I loved about this show are the character and set designs. Settings such as Olympus look great. The Gods and Giants are so well designed that you might end up ignoring the scene and story unraveling before you to enjoy the beautiful work done on these characters. One of my immediate thoughts was, if we could see the Gods in person, this is how they will look.

It’s a shame that the Greek Gods are barely touched on and history is surface-level at best. There is a list of Gods to choose from, each of their stories full of depth, but Blood of Zeus limits itself to a small group with only Zeus and Hera in the limelight.

Blood of Zeus starts slowly. Nevertheless, it picks up and delivers on its promises. Each episode of the show’s single season is relatively short and engaging.

At the beginning of the show, you feel like the only focus is Heron. As you keep watching, further into the show, you notice Hera and her husband Zeus have taken center stage and it becomes a large-scale family drama seeking to destroy the Gods’ hierarchy.

The music score for this anime is glorious. It might just be the best thing about Blood of Zeus. The music excellently portrays each location, bringing to mind places like Ancient Greece. The heavenly feel of Olympus is brought to life.

The side characters are also a great addition to this show. The golden bident-wielding demon, Seraphim, as well as the Amazon warrior, Alexia, don’t distract or take away from but enhance the plot. The pair, Elvios and Kofi, are also cool characters that aid in fleshing out the story.

Blood of Zeus brilliantly interprets a portion of the mythological at a scale we haven’t seen before and I hope it gets a second season that will fully explore the Gods and their attributes. 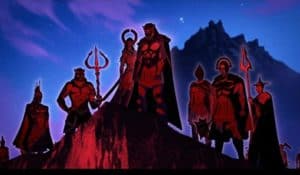