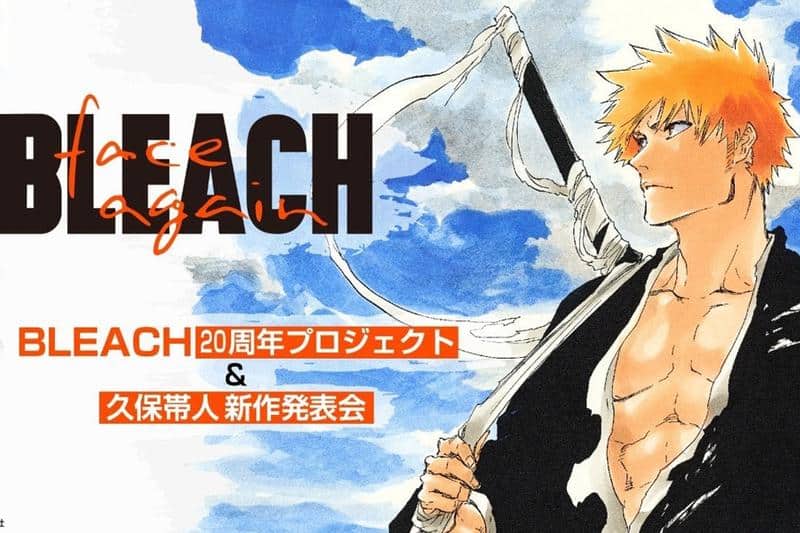 After so many years of waiting, wonderful news at last for Bleach fans and Anime fans at large. The anime which was stopped in 2012 will be returning and we get to see Ichigo Kurosaki again.

Eight years ago, the Anime adaptation of Tite Kubo’s manga ended without the final arc- thousand year blood war. This arc completed the manga in 2016.

Bleach manga and anime was so good that it gained reputation and influence in and out of Japan, establishing itself among the fan-titled “Big 3”.

The news of the return of Bleach anime was shared on the weekly Shonen Twitter to much fan frenzy. We will be getting more update on the Bleach 20th anniversary to be held on March 21st.

The Thousand year blood war arc will finally be adapted to bring Bleach anime to an end. It is not yet known, which studio will be in charge of the adaptation but the original Anime was adapted by Studio Pierott.

The Bleach 20th anniversary presentation was supposed to hold at Anime Japan 2020, which unfortunately had to be cancelled due to the coronavirus pandemic. The presentation will now be online via YouTube and Twitter.

While we wait for the official release date which might be announced during the presentation, there are reports from some industry insiders that Bleach will be back in 2021!

Bleach revolves around the lives of Ichigo Kurosaki and his high school classmates who have different powers. He meets a soul reaper named Rukia, he ends up with her powers and has to take up the responsibilities that come with it.

The original Bleach anime had 366 episodes during its run. As for now, there is no confirmation of how many episodes to expect from the Thousand year blood war arc.

Think back to 2018, remember that one shot manga from Tite Kubo—Yeah, that exact one. His first piece of work since rounding off Bleach.

Burn the witch manga will also be getting an animation—Yay!! The manga is set 12 years after the Quincy blood wars and tells the story of two witches working for the western branch of soul society.

That will be all for now. As soon as we get more information on this we will let you know. So let us know how excited you are by Bleach’s return!

Advertise with us
589
likes / shares
FacebookTwitter