Being an anime fan these days is pretty awesome. Companies like Netflix, Funimation Now, and Crunchyroll provide a wide variety of shows for us to binge-watch. Back in the day, anime fans were forced to buy tapes with very few episodes of their anime.

A lot of companies have tried tapping into the anime market by making anime games but a lot of them have failed spectacularly and ended up with games like Dragon Ball GT: Final Bout, Beyblade: Metal Fusion, and Yu Yu Hakusho: Spirit Detective, etc.

For the past few years, there has been an alarming rate of anime games inspired by existing anime shows and motivated by Japan’s art style, all of which have achieved great success in the market. Here’s a list of some of them.

DRAGON BALL FighterZ is born from what makes the DRAGON BALL series so loved and famous: endless and extraordinary fights with its all-powerful fighters.

The game isn’t only a good anime game but also an excellent fighting game. The game allows you to put together insane combos and makes every punch feel like it’s out of an anime episode. The 3v3 battles allow for some very amazing moments to take place and truly enrich every battle to be as awesome as it can be.

Genshin Impact is a free-to-play game and it’s honestly surprising, considering how polished, smooth, and creative it is. The game is filled with action, an unobtrusive paywall, and beautiful scenery.

The game is also cross-platform so if you have friends on a different platform, you can still chill with them. The game has been referred to as “Anime Breath of the Wild” which should give you an image of how beautiful and important the open-world concept is in the game.

But unlike Breath of the Wild, you can explore the gorgeous world of Teyvat with up to three other friends, too, thanks to cross-play and co-op support. 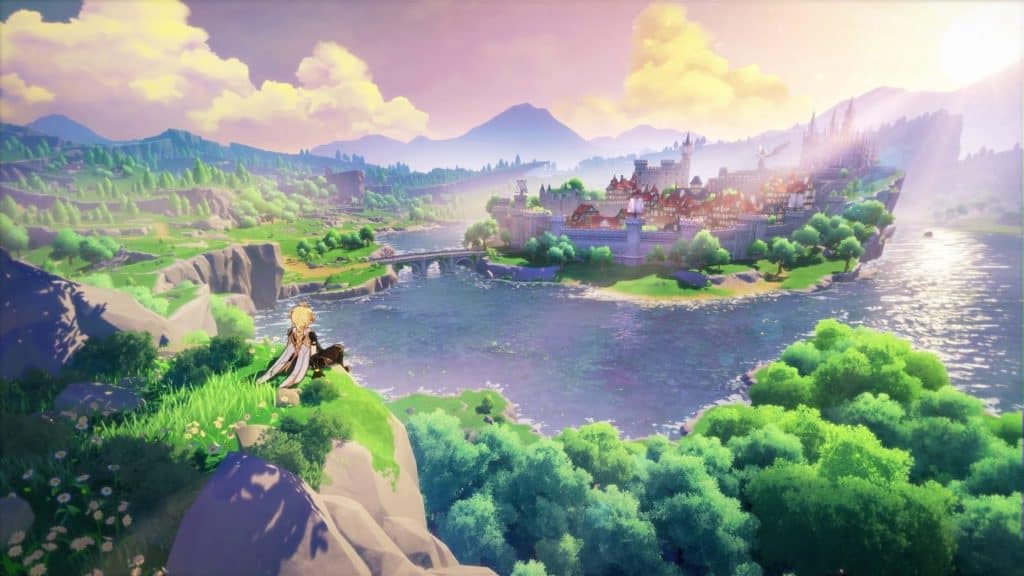 On the surface, Dragon Quest XI might look like another single-player RPG. However, that simplicity is a purposefully crafted facade that melts away after a little time.

In the game, you play as a young man who discovers he’s a reincarnation of a legendary hero and sets off to solve the mysteries of his past. Uneven story beats and some icky bits sometimes slow Dragon Quest down but the amazing mechanics, the visual feast it provides, and the variety of monsters take your focus off the cons completely.

Genre-wise, Ace Attorney is probably best labeled a visual novel, meaning a lot of time is spent on watching still images and reading LOTS of texts. But it doesn’t feel like a chore considering how funny and sharp the writing is.

As Phoenix Wright, it’s your job to prove your client’s innocence in the courtroom, which you’ll need to do by cross-examining witnesses and searching crime scenes for clues. The game is like your favorite anime. There’s drama, plot twists, and anything is possible. If I’m accused of falling in love with this beautiful series, then I confess to being guilty. 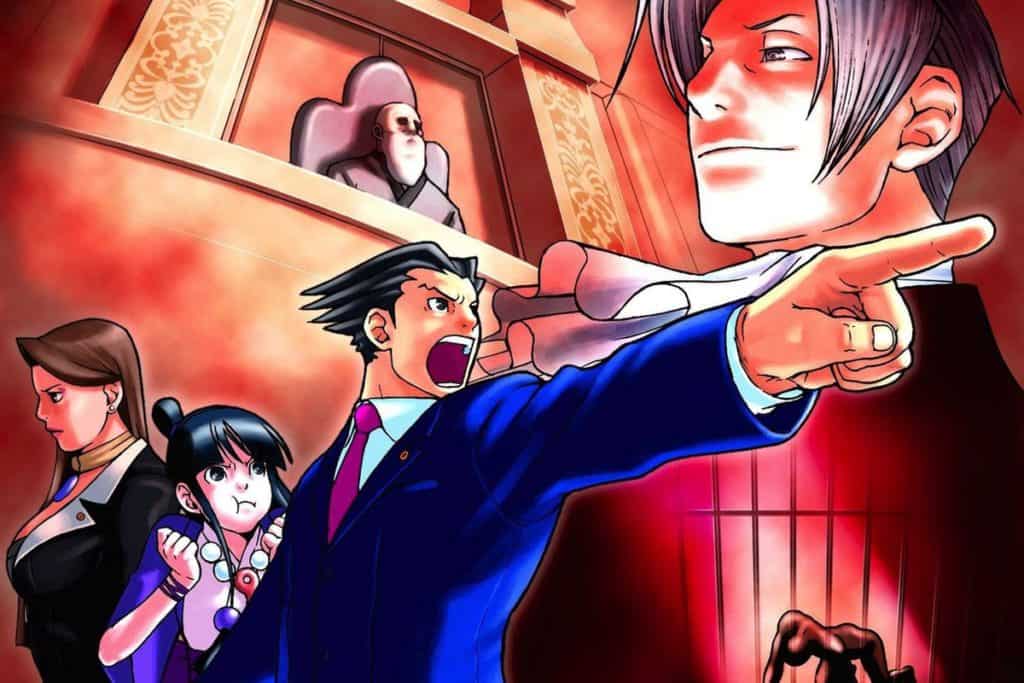 Code Vein wears its anime influences on its sleeves.

Code Vein is loaded with beautifully animated, fully voiced cutscenes- some of which I found surprisingly affecting. The game has it all, from never-before-seen monsters to teenagers wielding swords and magic.

Code Vein is compared to the Dark Souls series but it’s actually very different in many ways. The world of Code Vein is more colorful and lighter than Dark Souls and the combat is more strategic.

This game is anime power fantasy junk food but it’s elevated by superb character customization and a memorable story. While that’s kind of my jam, I recognize that won’t be the case for everyone.

Another Dragon Ball game added to the list. Xenoverse 2 is one of the best anime games for PC and a fantastic addition to the famous series.

Xenoverse 2 sees you flying around expansive landscapes and taking on quests with other players to build your power. The game succeeds in giving Dragon Ball Z fans an authentic-feeling world to dive into for the long haul. The game might not have overly complex concepts and mechanics but has enough to keep the game from getting stale and boring very quickly. 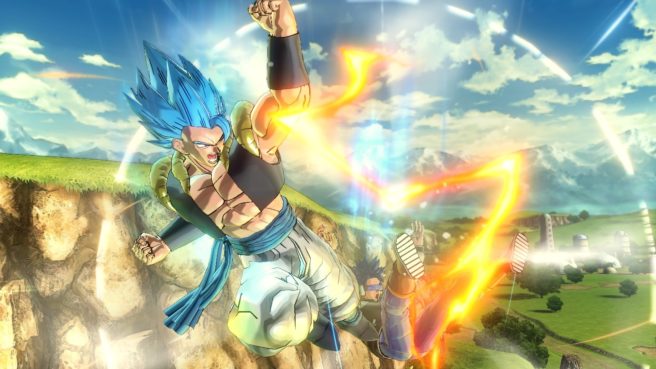 Nier: Automata is hard to describe, starting with its genre. Nier: Automata tells the story of androids 2B, 9S, and A2, and their battle to reclaim the machine-driven dystopia overrun by powerful machines.

Nier: Automata isn’t just a hack and slash game with a hard combat system. The game tells us what it means to have free will, the meaning of war, and whether ignorance can help us stay sane.

The developers of Final Fantasy VII Remake lied when they called it a remake. The game is more of a reimagination of the game in a good way.

It swaps turn-based combat with exciting real-time action and expands the first leg of the original story by dozens of hours – with a bit too much filler and some convoluted new plot points. The story is infamously convoluted and confusing but the remake actually does a great job of explaining much of it.

Final Fantasy VII Remake is a dystopia for our times. It revolves around Shinra, a juggernaut electricity company that extracts life force from the earth and turns it into energy. Their extractions are killing the planet.

You play as Cloud Strife, a former member of Shinra’s military force. You partner up with “Avalanche”, an eco-terrorist group disgusted by Shinra’s actions, and decide to teach the company a lesson. 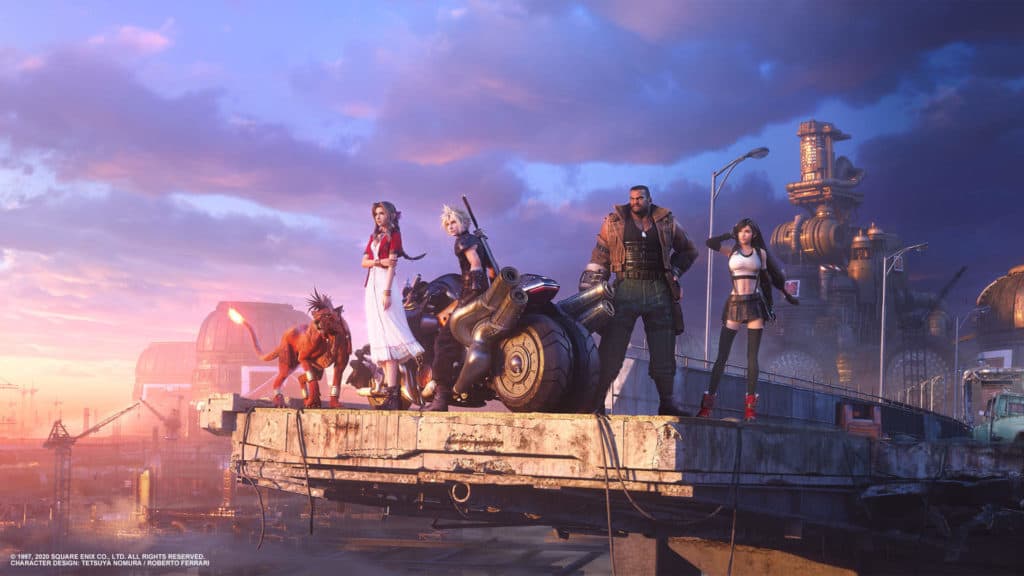 Attack on Titan is a special game.

I’m not just thinking about the disturbingly naked giants that prance around and try to kill you. The art style of the game is right up there alongside the best anime games for PC. You are in the shoes of Eren and his group as they swing around the city and slay some titans.

Which of these is your go-to game?