Naoki Yamamoto’s Believers manga is getting a live-action film that will open in Japan this summer. The film adaptation is being directed by Hideo Jojo, with Leone producing and Klock Worx and Spotted Productions in charge of distribution.

The production team has unveiled visuals for the live-action film. 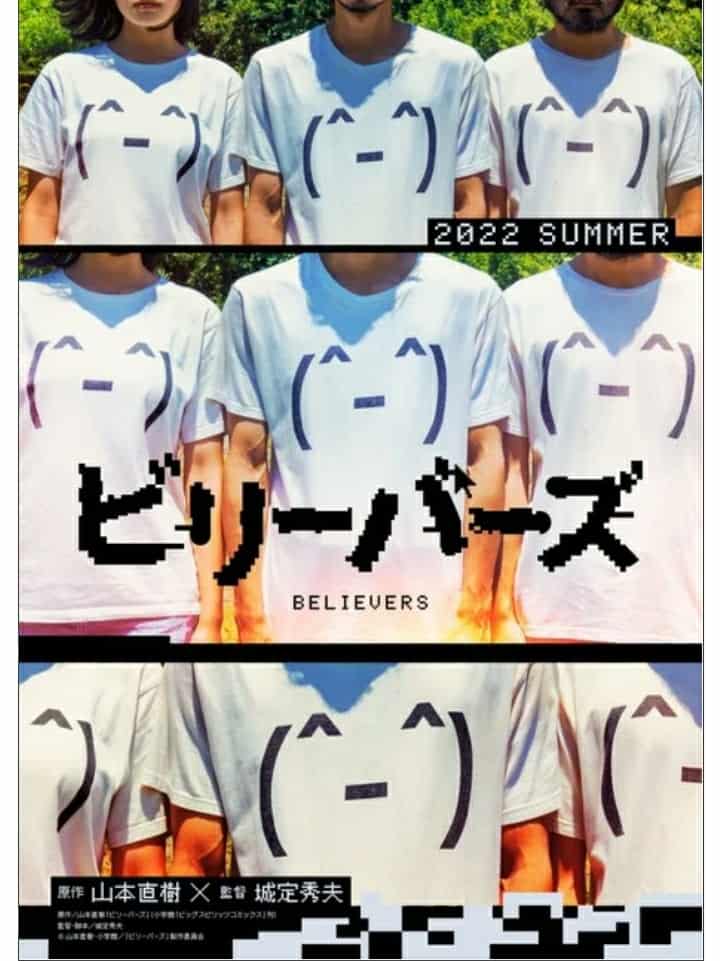 Yamamoto launched the manga in Shogakukan‘s Weekly Big Comic Spirits magazine in May 1999, and it ended in November that same year. Other manga by Naoki Yamamoto includes Arigatou, Happa 64, Red, and Dance Til Tomorrow, which VIZ Media released in volumes and also serialized in North American alt manga magazine, PULP.

The plot to Believers revolves around themes of sexual desire and the line between dreams and reality. While Believers contains many scenes of graphic sexuality, it gained traction for its intellectual use of sex and nudity rather than just a form of fan service.

The story follows three cult members who are stranded on an island off the coast of Japan and devote themselves to the “Deserted Island Program”. The three members, two men and one woman, call each other by rank and attempt to purify themselves from the evils of society. However, the believers soon begin to question their beliefs as they succumb to their temptations.

Naoki Yamamoto’s first inspirations for Believers came after the Sarin gas attack on the Tokyo subway in 1995. The attack caused him to become interested in researching Aum Shinrikyo, the terrorist group behind the attack. When he couldn’t get enough materials to reason on the terrorist group, he began to read a book on the Japanese Red Army, a different Japanese terrorist group that has former members who have written about their past experiences.

Advertise with us
92
likes / shares
FacebookTwitter