Captain Levi joins the esteemed list of Attack on Titan (Shingeki no Kyojin) characters to have been immortalized with a life-sized statue.

A life-sized bronze statue of Attack on Titan‘s Captain Levi was unveiled in front of the JR Hita Station in Hita City of Oita Prefecture, the hometown of the series creator, Hajime Isayama.

The statue of Captain Levi Ackerman, who is also known as humanity’s greatest soldier, was originally scheduled to go up last summer but due to COVID concerns, was delayed to early 2021. It finally went up on March 6.

Residents of Oita Prefecture can rest easy now knowing that Captain Levi watches over them from the Hita station.

Levi Ackerman becomes the fourth Attack on Titan character to receive a bronze statue in Hita City. Previously, statues of Eren, Armin, and Mikasa as children have been erected at Ōyama Dam.

The statues were funded by a crowdfunding campaign between August and October 2019 that raised over 29 million yen (approximately US$267,000).

The design of the statue was based on an original drawing from Isayama and the genius manga creator had this to say about the unveiling: “He’s the most popular character who has helped sustain Attack on Titan for all these years; I owe him a huge debt of gratitude. I hope he’s pleased.”

The other three statues look up to Oyama Dam in a way reminiscent of the first chapter from the popular Attack on Titan manga series. Meanwhile, Levi leads the defense from the train station, an entrance to the city. Funds raised by local volunteers helped get these statues placed around the town. 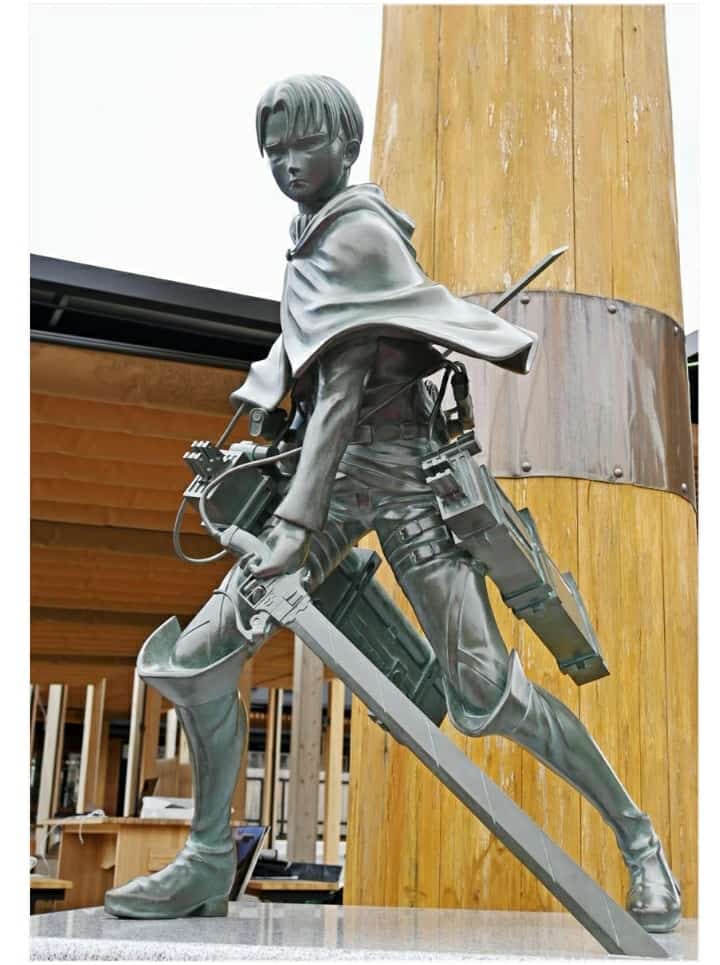 Attack on Titan is on its way to setting a Guinness World Record for the largest comic book ever, and the television anime is currently airing its fourth and final season.

Isayama launched the manga in Kodansha’s Bessatsu Shōnen Magazine in 2009. The first season of the anime premiered in 2013 while the second season was released in 2017. The first part of the third season premiered in July 2018 and the second half premiered in April 2019. Attack on Titan: “The Final Season” premiered on December 7 and will run for 16 episodes.

Advertise with us
292
likes / shares
FacebookTwitter